More than 150 nations worldwide have confirmed cases of the coronavirus. The following have the highest number as of 4 a.m. ET*: 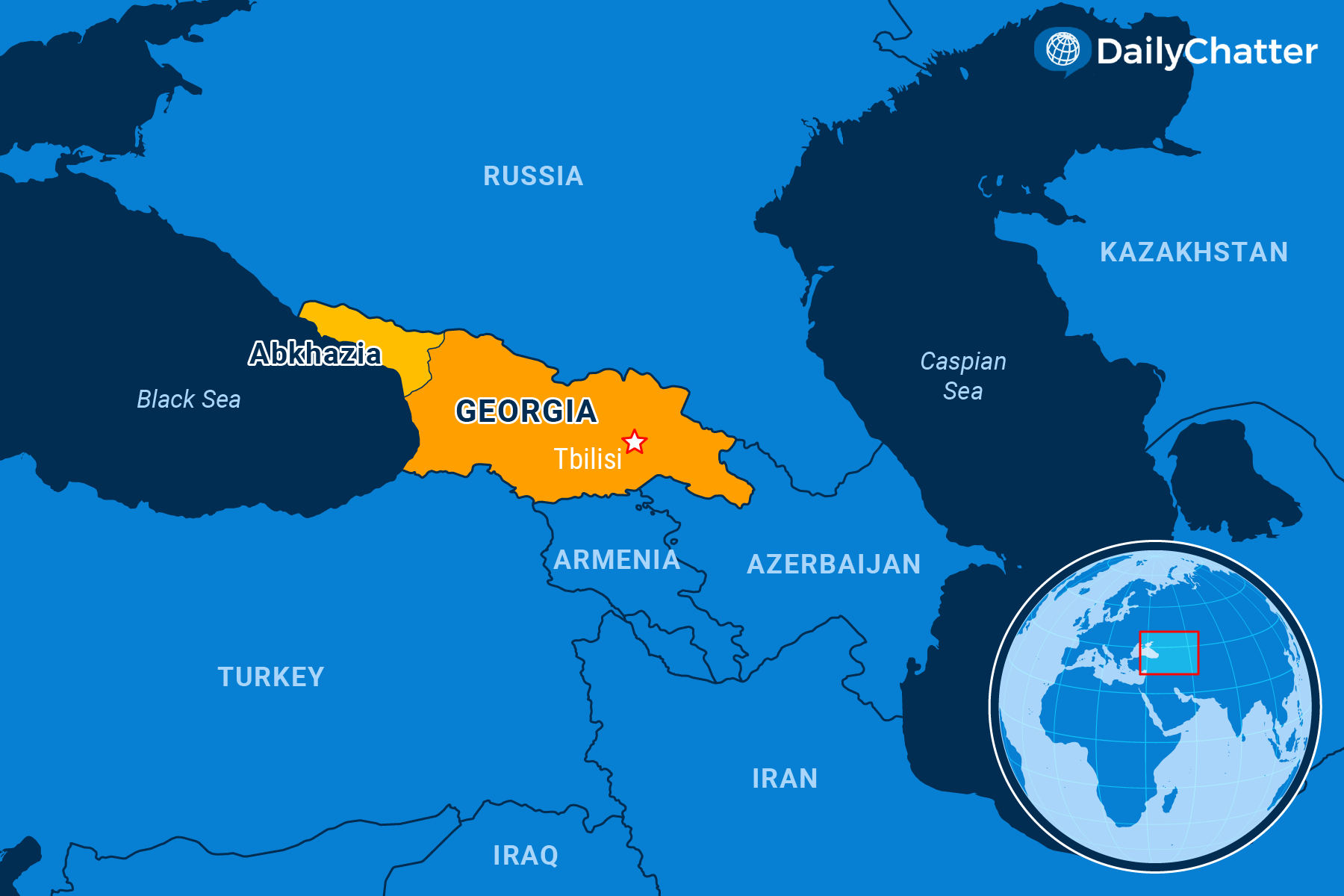 Aslan Bzhania wants to be president of Abkhazia, a breakaway region of the ex-Soviet Republic of Georgia on the Black Sea.

But during a visit to Moscow earlier this month, Bzhania fell ill. Then reports surfaced that he had been poisoned. His prospect of victory in the country’s March 22 presidential election appeared dim indeed.

A giant neighbor and one of the few powers that has recognized Abkhazia’s sovereignty since its invasion of Georgia in 2008, Russia wields significant influence in the tiny de facto state. This story in the Russian state-owned news outlet Tass explains the complicated situation.

Russian operatives have used poisoning before to eliminate enemies, wrote Foreign Policy magazine. So it seemed plausible that Russian President Vladimir Putin might have wanted to quash Bzhania’s campaign.

More recently, however, Radio Free Europe reported that Bzhania had in fact only contracted pneumonia. He was slated to soon leave intensive care and return to the Abkhaz capital of Sukhumi to resume his campaign.

The incident reflected the chaotic past few months in Abkhazia.

Bzhania now faces two other candidates, Economy Minister Adgur Ardzinba and Leonid Dzapshba, a former interior minister, in the new election. Unsurprisingly, relations with Russia are at the forefront of voters’ minds.

“Concern about Moscow’s deep influence is not uncommon in Abkhazia, where many see Russia as merely the lesser of two evils (the other being Georgia, from which Abkhazia broke away in a civil war in the 1990s),” reported Eurasianet.

Russian views toward Abkhazia are also in flux. Russia is funding a modernization of Abkhaz military forces, for example, as Georgia pursues its goal of joining the European Union and NATO, the Moscow Times wrote. That aid led the conservative Jamestown Foundation to call for the West to reaffirm its support for Georgia.

But many Russian officials are also growing sick and tired of spending money in breakaway regions like Abkhazia. That money might secure the republic’s fealty in geopolitics, but critics are wondering whether the relationship is sustainable, argued Emil Avdaliani, a Eurasia analyst at Tbilisi State University, in Georgia Today, a local English-language publication.

All that aside, whoever leads Abkhazia in the future can expect instability.

Hundreds of Israelis took part in a convoy heading toward Jerusalem Thursday to protest so-called anti-democratic moves by Prime Minister Benjamin Netanyahu to push the country toward a dictatorship, the New York Times reported.

The protesters are enraged over Netanyahu’s measures earlier this week to curb the spread of the novel coronavirus, which include a government-ordered shutdown of most courts, and the use of a secret database of citizens’ cellphone data to monitor those that have had contact with coronavirus carriers.

Both were implemented in late-night decrees without legislative consultation or oversight.

The centrist Blue and White party said on Thursday it would ask the Supreme Court to intervene. Already, the high court issued an interim order Thursday barring the use of technology to track confirmed and suspected coronavirus patients if a parliamentary panel isn’t set up by Tuesday to oversee it, Haaretz reported.

Meanwhile, each day without the new parliament causes a delay, one which could prove problematic for Blue and White party chairman Benny Gantz: He has been given a limited time by the president to form a new government following the inconclusive March 2 election.

An independent report strongly criticized the British government for the treatment of long-term United Kingdom residents during an effort to reduce illegal immigration in 2012, the Associated Press reported.

The report said that the UK Home Office displayed “institutional ignorance and thoughtlessness” in dealing with the “Windrush generation,” referring to the hundreds of Caribbean migrants that came to Britain via the ship “Empire Windrush” in 1948 to rebuild the country after World War Two.

Members of that generation and the subsequent Caribbean migrants came from British colonies or ex-colonies and had an automatic right to settle in the UK.

This changed in 2012, when the government pushed to make Britain a “hostile environment” for illegal immigrants.

Many Caribbean migrants, now elderly, were denied medical care or deported because they were unable to produce paperwork proving their right to reside in the country.

Former Prime Minister Theresa May – who was the home secretary when the 2012 policy was introduced – apologized on Thursday and said that the government should consider the report’s findings.

Pots and Pans and Protests

Millions of people in the cities of Sao Paulo and Rio de Janeiro held indoor protests earlier this week to express anger at President Jair Bolsonaro’s handling of the outbreak of the novel coronavirus, the BBC reported.

People began banging pots and pans outside their windows and balconies on Wednesday evening, calling for Bolsonaro’s resignation.

It is considered the biggest protest against his administration to date.

The demonstrations started during a speech in which Bolsonaro announced several emergency measures to limit the spread of the virus.

His administration added that it would ask Congress to declare a “public state of calamity” due to the pandemic.

Previously, Bolsonaro dismissed taking precautions against the virus as “hysteria” and “fantasy.” He is criticized for leaving self-quarantine over the weekend to mingle with his supporters at a mass rally, violating the Brazilian health ministry’s warnings against large gatherings.

Four people have died and more than 500 have been infected by the virus, including 14 government officials who traveled with Bolsonaro to Florida to meet US President Donald Trump earlier this month.

Dinosaurs are often thought of as gargantuan lizards, but at least one was tinier than the bee hummingbird, the smallest known modern bird.

Dubbed Oculudentavis khaungraae – the genus name means “eye-tooth bird” – the tiny creature lived around 99 million years ago. Its skull was found preserved inside a block of amber, which is the dried resin of ancient trees, in Myanmar.

The team reported in their study that the flying dinosaur was over a half inch long and weighed less than one-tenth of an ounce.

Although extremely small, it had rows of sharp teeth and probably fed on insects.

Co-author Jingmai O’Connor explained that O. khaungraae probably evolved its tiny size to survive on an island where food sources were scarce.

She added that while the team categorized the new species as a primitive bird – or a flying dinosaur, in other words – that identification is open to debate.

They settled on that identification based on the shape of the fossil’s skull, she said. But it’s very different from modern birds, which evolved from flying dinosaurs.

“If the authors are correct that it is a bird skull, it would show that our current understanding of avian evolution is still very incomplete,” said paleontologist Gerald Mayr, who was not involved in the study.