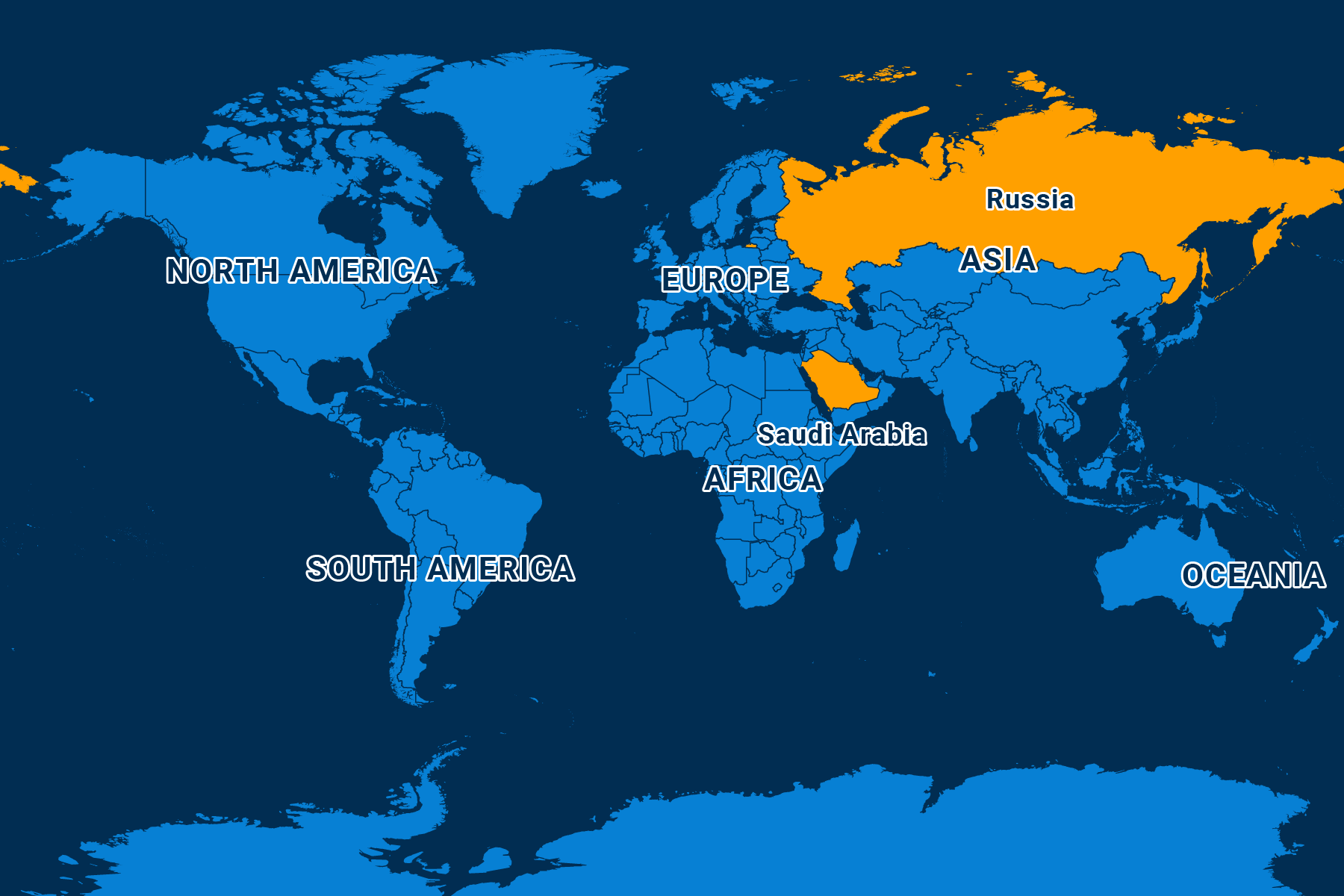 At the end of a recent OPEC meeting in Vienna, Saudi Energy Minister Prince Abdulaziz bin Salman issued a grave warning to his counterparts. Everyone in the room would regret their failure to reach a deal with Russia to cut oil production, the prince said, according to Bloomberg.

Saudi Arabia had been keen to reduce pumping to support prices as demand waned in China’s mammoth but slowing economy.

But Russian President Vladimir Putin rejected those proposed cuts, saying they would only protect the American shale oil industry, a competitor. Putin’s animus stemmed from US sanctions that targeted a new pipeline linking Russian gas to Germany and Russian state oil giant Rosneft for doing business with Venezuela.

“By yielding our own markets, we remove cheap Arab and Russian oil to clear a place for expensive US shale oil and ensure the effectiveness of its production,” Rosneft spokesman Mikhail Leontiev said recently, according to CNN.

Almost entirely dependent on oil, the Saudis want to keep the price high. Saudi leaders have been using their vital oil revenues to invest in new industries to diversify their economy. A drop in prices hurts those efforts, explained the Financial Times.

Still, rather than accept Russia’s call to hold the line on pumping, Saudi Arabia instead announced discounts and plans to ramp up production, to protect its market share and force Russia to reconsider, the Associated Press wrote.

Since 2014, when oil prices tanked, major oil producers have worked together to stabilize prices, reported the New York Times. In 2016, they created OPEC+, a group that included Russia and other producers not in the original Organization of Petroleum Exporting Countries grouping, and brought Saudi Arabia and Russia’s partnership closer.

Now, it’s every country for themselves, concluded Vox, adding that American consumers at least might benefit from the situation if prices at the pump fall.

The price of oil fell 24 percent in one day early last week, the worst daily plunge since 1991 when a US-led coalition attacked Iraqi forces that had invaded Kuwait, noted CNBC.

The oil price collapse was one factor in the remarkable turmoil in financial markets already rattled by the coronavirus pandemic.

Looming over this tit-for-tat between Russia and Saudi Arabia, of course, is the steady increase in the use of renewable energy worldwide. In a blog post, the World Economic Forum recently forecast that it’s possible much of the developed world could be using only solar, wind and other renewable energy resources by 2050.

In that context, the conflict between the Saudis and Russians isn’t a bidding war. It’s a fire sale.

More than 150 nations worldwide have confirmed cases of the coronavirus. The following have the highest number* as of 4 a.m. ET:

Philippine President Rodrigo Duterte on Wednesday declared a unilateral ceasefire with armed communist rebels so that the country could focus on curbing the spread of the novel coronavirus, CNN Philippines reported.

Under the ceasefire, the army will halt all operations against the Communist Party of the Philippines (CPP) and its armed wing, the New People’s Army (NPA), from March 19 until April 15.

Police and military officials welcomed the move, saying that it will help them fight the spread of the virus, which has infected more than 200 people and killed 17.

The CPP and NPA were designated a terrorist group by the Philippines and the United States. The armed group has waged a five-decade armed insurgency in the country, the longest running in Asia.

Duterte previously walked out of peace talks with the CPP-NPA in 2017 after both parties traded accusations of violating the ceasefire.

Both sides have considered restarting negotiations, but neither could agree on certain contentious issues, including the venue for the talks.

“Finally after 44 years, the New Zealand parliament has recognized that women have bodily autonomy – and that is huge,” said Terry Bellamak, director of Alranz Abortion Rights Aotearoa, who hailed the move as a progressive step for the country.

The issue was initially scheduled to be put to a referendum, but the government scrapped the option late Wednesday.

Under the new regulations, abortion will be removed from the Crimes Act, and women will be allowed to have the procedure in the first 20 weeks of pregnancy.

The previous law only allowed for abortion in cases of incest and when the mother’s physical or mental health was at serious risk.

Those who violated the law faced up to 14 years in prison. However, the law was never enforced.

A Rock and a Hard Place

Kosovo’s Prime Minister Albin Kurti sacked the interior minister on Wednesday following a dispute over whether the country should declare a state of emergency to combat the spread of the novel coronavirus, Reuters reported.

Kurti rejected calls by President Hashim Thaci to declare a state of emergency, saying that such drastic measures were not necessary. Interior Minister Agim Veliu publicly sided with the president.

There are currently 19 confirmed cases of novel coronavirus in the small Balkan nation of just under 2 million people.

Kurti’s move could threaten his alliance with the Democratic League of Kosovo (LDK), whose leader, Isa Mustafa, said it would file a motion of no-confidence.

Mustafa also demanded the removal of 100 percent tariffs on all Serbian imports, saying that the fight was ruining the country’s relationship with the United States.

Last week, the United States halted $50 million in aid for Kosovo. It is threatening to withdraw about 650 US peacekeepers if the government refuses to lift the tariffs.

Kosovo imposed the tariffs in November 2018 after Serbia blocked Kosovo’s bid for membership in international organizations such as Interpol.

Relations between the two countries have been rocky or non-existent since Kosovo declared independence from Serbia in 2008, a move Serbia does not recognize.

The sexually transmitted infection chlamydia infects an estimated 131 million people worldwide each year, according to the World Health Organization.

The infection is caused by a bacterium known as Chlamydia trachomatis, which needs a host organism in order to survive. But scientists recently found several new chlamydia species that appear to be thriving without a host, Live Science reported.

The new species were discovered living in sediment on the sea floor two miles below the surface of the Arctic Ocean, the researchers wrote in their study.

The team suspect that the newfound organisms feed off other microbes living in the ocean sediment to survive and are important to the marine environment.

“This group of bacteria could be playing a much larger role in marine ecology than we previously thought,” said co-author Daniel Tamarit.

The team added that the new species are distant cousins of the bacterium that infects humans, and their discovery could help explain how the Chlamydiae bacteria group evolved to infect organisms.

It will be difficult to grow these new species in a lab, however, since they thrive in an extreme and frigid environment.