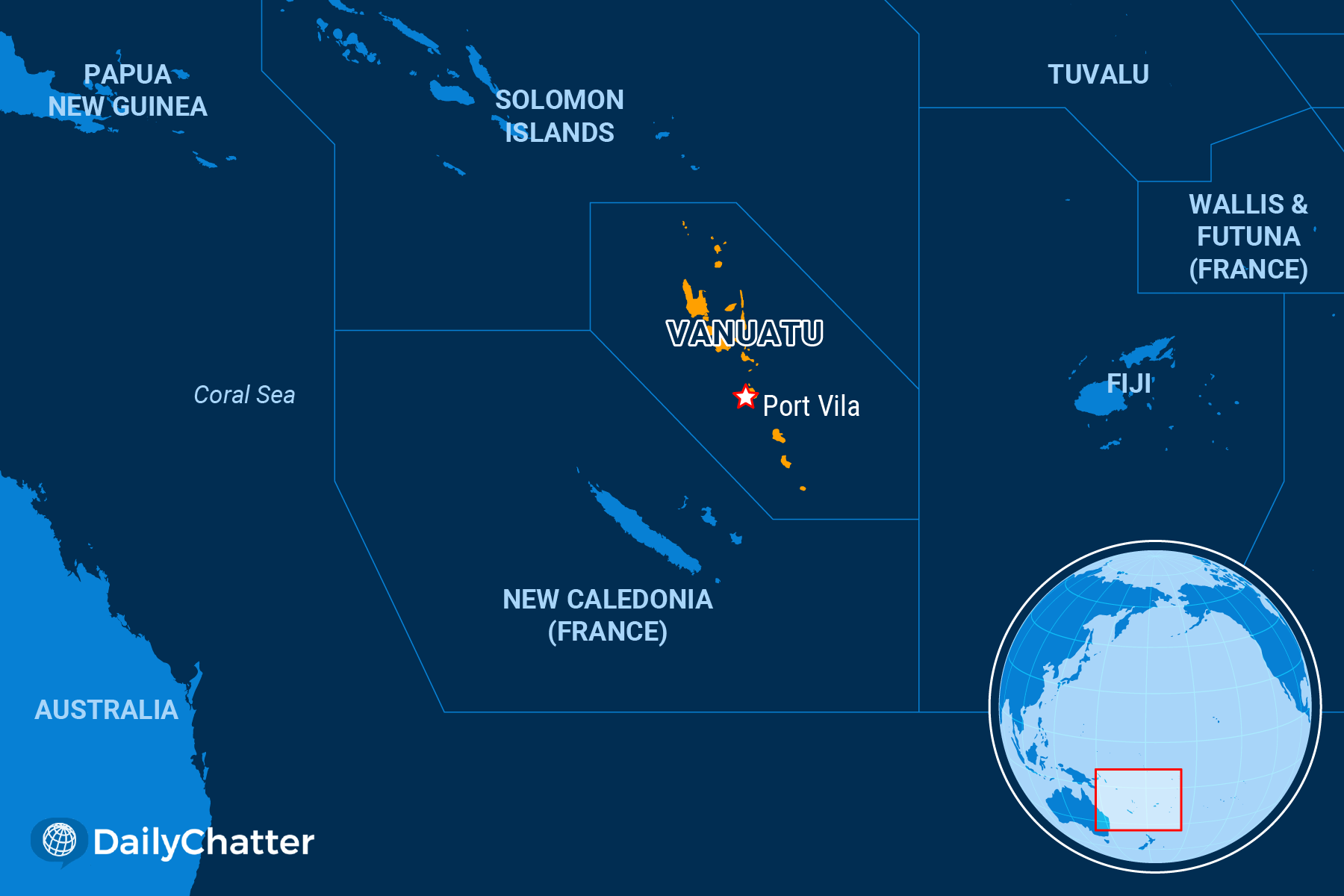 The beautiful Pacific island nation of Vanuatu is among the happiest places on Earth.

Vanuatuans, numbering almost 300,000, live in tune with traditions and nature, the BBC explained. Three-quarters of them reside in rural areas where they can grow their own food. People barter pigs, yams and kava, a kind of pepper valued for its intoxicating effect.

But as voters head to the polls to elect a new parliament on March 19, some decidedly unhappy issues are dominating the debate.

Vanuatu’s government is corrupt. Four years ago, Prime Minister Charlot Salwai assumed office in an election called after half of the previous government went to jail on corruption charges.

Now Salwai and his allies face perjury and other charges stemming from their creation of parliamentary jobs that Vanuatu’s Supreme Court declared null and void, reported Radio New Zealand. Salwai, who was recently released on bail, says the charges against him are politically motivated.

Other politicians have also been in court. Former Parliamentary Speaker Simeon Seule was recently acquitted of attempted kidnapping and other charges stemming from an alleged altercation at a hotel in 2016, reported the Daily Post, a Vanuatu newspaper.

Former Prime Minister Joe Natuman asked the Supreme Court to overturn an electoral commission’s ruling that he was ineligible to run for office again because in 2018 he pleaded guilty to conspiring to suppress an investigation into a mutiny in the military. The Supreme Court rejected his appeal.

Suspected Chinese gangsters are also active in the archipelago. Late last year, authorities in Vanuatu detained gambling mogul and alleged criminal boss Tom “Mr. Chinatown” Zhou, who was seeking to open a new casino in the country, reported the Age, an Australian newspaper. Zhou managed to leave Vanuatu but was eventually nabbed in Fiji and deported to China to face international financial crime charges leveled against him in 2011.

Coincidentally, Vanuatu owes debt worth more than 20 percent of its gross domestic product to Chinese institutions, according to the Harvard Business Review. As Foreign Policy magazine explained, some of that debt funded a poorly constructed conference center. Other funds built a wharf that could be used for commercial ships or represent a platform for a potential future military base.

China’s influence might be one reason why Vanuatu is corrupt. Countries in the Pacific region are economically open but their civic institutions are weak, according to Transparency International. Sounds a lot like China, actually.

Japan has been sending more aid to the country to counterbalance Chinese power, wrote the Brisbane Times.

If that does in fact happen and Vanuatuans get the leaders they deserve, their happiness quotient could be off the charts.

More than 150 nations worldwide have confirmed cases of the coronavirus. Here are those with the highest number as of 4 a.m. Eastern Time, and the increase/decrease in number of reported cases over the past 24 hours:

Malaysian officials said Tuesday they recovered $322 million stolen from the scandal-hit 1Malaysia Development Fund (1MDB), only a fraction of the $4.5 billion believed to have been siphoned off, Agence France-Presse reported.

The office of Prime Minister Muhyiddin Yassin said that authorities have also intercepted another $1.6 billion and are taking steps to recover the money.

Former officials of the state fund including former Prime Minister Najib Razak allegedly stole billions from the sovereign wealth fund to purchase items such as super yachts and artwork.

Najib denies any wrongdoing, but the scandal cost him the 2018 election and resulted in a trial over the missing funds.

Former Prime Minister Mahathir Mohamad, whose coalition defeated Najib in the polls, has vowed to recover the money. He resigned last month after his coalition collapsed amid a powerplay.

Muhyiddin took over as the country’s leader with the support of Najib’s party, a move that has sparked concerns that the trials related to the scandal could be affected.

A Lebanese military judge on Tuesday granted an appeal of a ruling by a military tribunal a day before that ordered the release of Amer Fakhoury, a Lebanese-American held since September on charges of murder while working for an Israeli-backed militia two decades ago, the Associated Press reported.

Judge Ghassan Khoury asked the court to rescind the verdict and issue an arrest warrant for Fakhoury, who was charged with allegedly torturing and murdering prisoners as a warden in a prison run by the so-called South Lebanon Army (SLA) militia during Israel’s 18-year occupation of southern Lebanon.

Fakhoury, who became a US citizen last year, was released after the tribunal ruled that more than 10 years had passed since his alleged crimes.

His release sparked outrage in Lebanon, with the powerful Iranian-backed Hezbollah group saying that the verdict came as a result of “American pressures and threats.”

Some US officials have been calling for sanctions against Lebanon if it doesn’t release Fakhoury.

Fakhoury was arrested in September after returning to Lebanon on vacation to visit family.

His lawyer and family said that he fled Lebanon in 2001 following death threats and later moved to the United States.

Many former SLA members fled to Israel in order to escape reprisals.

Iran announced Tuesday that it has released about 85,000 people from jail, including political prisoners, in an effort to curb the spread of the novel coronavirus, Reuters reported.

Authorities said that about 50 percent of those released were “security-related prisoners,” but did not elaborate when those freed would return to prison.

The Iranian government released 70,000 prisoners on March 9, but none of those were political prisoners.

Civil rights activists said that the regime has freed a dozen political prisoners in the past few days, but prominent ones still remain jailed.

Iranian officials have blamed US sanctions for its poor performance in tackling the virus, which has infected more than 16,000 people and killed about 1,000.

Last week, Iran said it asked the International Monetary Fund for $5 billion in emergency funds to contain the outbreak.

For years, scientists believed that fluffy red pandas were only a single species, but a recent study has debunked that theory, CNN reported.

The scientists studied data from 65 wild red pandas and found that each species had distinct DNA – as well as several unique features.

The animals’ distribution is also different: Himalayan red pandas live around Nepal, Bhutan and northern Myanmar, while the Chinese ones roam the Chinese provinces of Yunnan and Sichuan.

The discovery could have important ramifications for conservation efforts of the endangered mammal, the researchers said.

“The delimitation of two red panda species has crucial implications for their conservation, and effective species-specific conservation plans could be formulated to protect the declining red panda populations,” they wrote in their paper.

Despite the name, red pandas are not closely related to the giant pandas, and look more like raccoons. Scientists have classified them into their own family, Ailuridae.