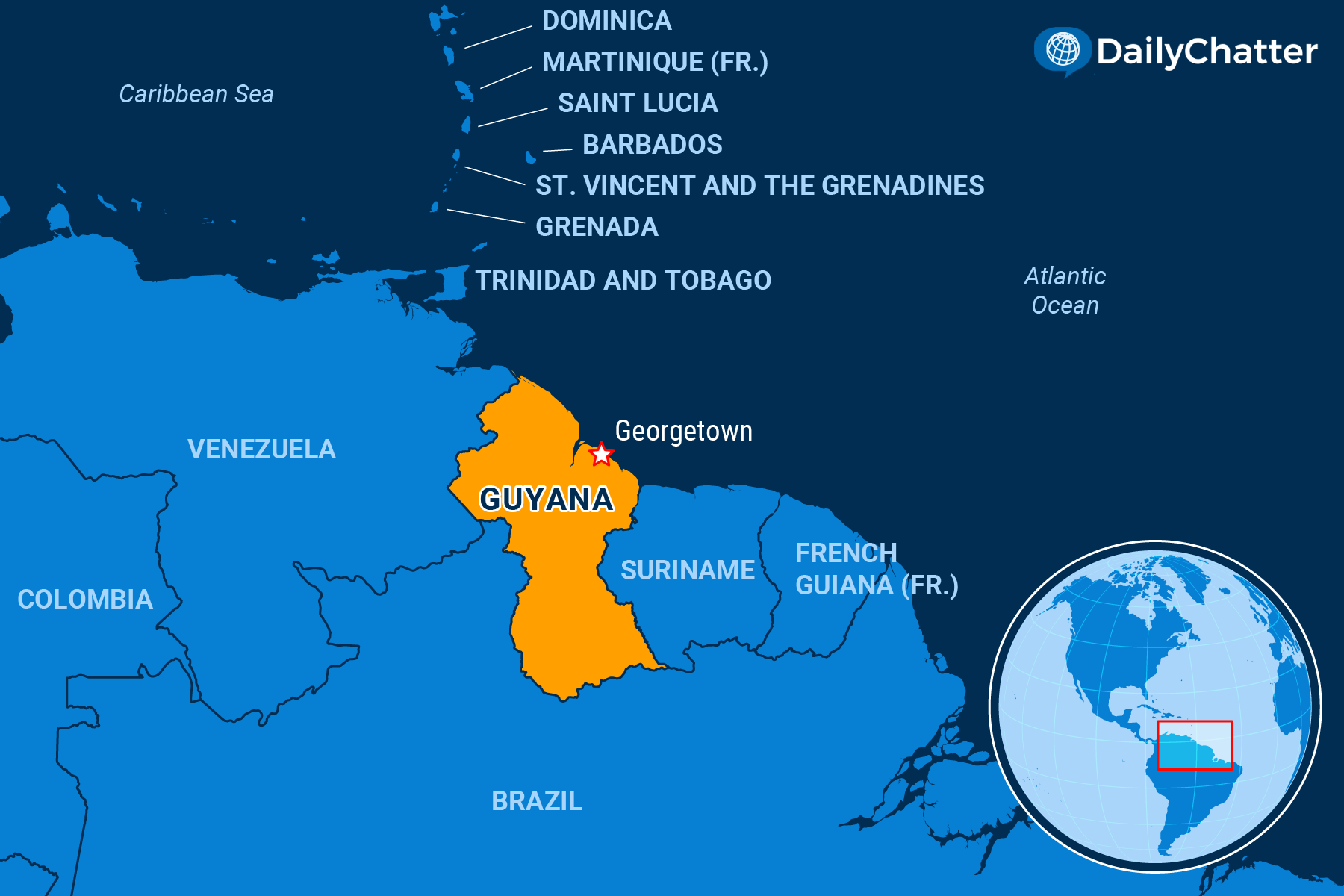 Guyana was an inspiration for Arthur Conan Doyle’s famed 1912 novel “The Lost World,” about a South American plateau where dinosaurs still roamed.

It’s no surprise why explorers’ tales from the region stuck with the British author. Amazon rainforest covers much of the former British colony of only 800,000 people. Giant otters, anteaters, snakes, and spiders dwell there. “A huge carnivorous river fish called the arapaima that makes piranhas seem like puppy dogs” swims in the country’s waterways, wrote CNN.

But in truth, Guyana is not a lost world at all. Oil companies have found reason to invest heavily there. The country’s economic growth is expected to skyrocket in the wake of its first oil production commencing recently. “Guyana’s rising oil revenues will make a huge difference in the continued development of the country,” said Sonya Boodoo, vice president of Upstream Research at Rystad Energy, in a news release.

But Boodoo stressed that the Guyanese government would need to provide a stable business climate if officials wanted her rosy predictions to come true.

Voters will have a chance to make their voices heard on the question when they go to the polls on March 2. The presidency and all 65 seats in the National Assembly are at stake.

Oil is the critical factor in the vote.

Global Witness, a nonprofit anti-corruption group, recently issued a report titled “Signed Away” that claims inexperienced officials negotiated a deal with Exxon that deprived the country of $55 billion in revenue. “This is money that Guyanese people have said could be used to build much-needed roads, hospitals, schools, and sea defenses to protect the 90% of the population at risk from rising sea levels,” the report said.

Exxon’s stockholders have been disappointed by lackluster returns. Guyanese officials could have used their leverage to secure a better deal, Bloomberg wrote. In a contrary view, energy analyst David Blackmon argued in Forbes that the country should be happy to have Exxon for the large sums it will contribute to the country.

The Global Witness report could help the opposition People’s Progressive Party, Reuters reported. Party leader Irfaan Ali said that, if elected, he would not seek to dramatically change the Exxon deal but would make sure contracts with other oil giants in the future were more fair.

President David Granger and his A Partnership for National Unity and Alliance for Change coalition, meanwhile, have proposed direct payments to citizens from the billions that the Exxon contract would generate.

Questions about election credibility are surfacing already, amid reports of deceased people on voting rolls.

Numerous international observers will be on hand at polling stations to ensure the elections are free, fair and transparent, MercoPress reported.

A lot of money is up for grabs. If democracy works, maybe everyone will profit.

In Through the Out Door

East Timor’s Prime Minister Taur Matan Ruak handed in his resignation on Tuesday following the collapse of a three-party coalition supporting him in Parliament, Reuters reported.

Ruak has failed to secure the passage of a budget for 2020 after the withdrawal of the largest party in his coalition, the National Congress for Timorese Reconstruction (CNRT) party.

The leader of CNRT and independence hero, Xanana Gusmao, announced over the weekend a new six-party coalition controlling 34 of the 65 seats in Parliament without Ruak’s party. He added that he was prepared to form a new government as well.

The previous coalition went through several political deadlocks after the country’s president – who belongs to the opposition Fretilin party – rejected several ministers proposed by Gusmao over accusations of corruption.

Since its independence from Indonesia in 2002, resource-rich East Timor has been beset by political instability that has hindered its efforts to fight corruption, reduce poverty and develop its oil and gas industry.

The Independent Inquiry into Child Sexual Abuse concluded in their report Tuesday that politicians and institutions at Westminster ignored allegations of child sexual abuse to protect their own reputations, the Evening Standard reported.

The inquiry found that there was “ample evidence” that abusers linked to British politics had committed crimes but said they were protected by police, prosecutors and other politicians “more concerned about political fallout than safeguarding” victims.

The report stated that among the protected were former lawmakers Sir Peter Morrison and Cyril Smith, who were both “known or rumored to be active in their sexual interest in children.”

Following the report’s publication, former Liberal Democrat party leader Lord David Steel on Tuesday quit the party and said he will retire from the House of Lords, Sky News reported.

The inquiry criticized him for not taking action on allegations against Smith.

It also determined that there was no evidence of an “organized Westminster pedophile network” of the sort previously claimed by Carl Beech, who was himself convicted of perverting the course of justice, fraud and child sexual offenses in July 2019.

Under the agreements, India will allow Exxon Mobil Corp. and Chart Industries, Inc. to upgrade its natural gas network. It will also purchase $3 billion worth of military equipment, including US-made helicopters.

The two leaders did not discuss the elusive trade deal or the details of the controversial citizenship law that has sparked protests in India, though Trump defended Modi’s record on religious freedom at a press conference Monday, according to the Hill.

Trump’s comments came amid serious sectarian violence in New Delhi, where at least 13 people were killed in Delhi on Monday and Tuesday in Hindu-Muslim clashes triggered by a confrontation between Hindu supporters of the Citizenship Amendment Act and mostly Muslim opponents.

Modi’s Hindu nationalist government approved the Citizenship Amendment Act in December. It makes it easier for illegal migrants from neighboring countries to gain citizenship, if they belong to one of six religions.

Because it excludes Muslims, however, many argue that the law violates India’s constitution and that the country is moving toward a religious citizenship test, the Associated Press reported.

In the Super Mario Bros. video game franchise, the characters Mario and Luigi fight to save a princess kidnapped by Bowser, a very large turtle-looking creature.

Turns out that a creature similar to Bowser roamed the swamps of South America some 10 million years ago, the Washington Post reported.

Scholars previously knew about the species, an extinct freshwater turtle dubbed Stupendemys geographicus, but the fossil evidence was scant, leaving many questions about its habits and appearance.

Scientists studying a new trove of fossils unearthed in Venezuela and Colombia are providing some answers.

One shell they describe in their study was nearly 9.5 feet long – about the size of a car and twice as big as the largest living turtle, the marine leatherback.

The scientists also reported that the large reptile had a diverse diet, and they noted several differences between male and female specimens. The males’ shells, for example, were equipped with sturdy, front-facing horns which have never been seen in other giant turtles.

The team speculated that these horns were used in fights over territory, but also as a form of defense against the Purussaurus, an extinct giant caiman that also once roamed the area.

Unfortunately, Stupendemys’ large size was not enough to protect it from extinction. Plate tectonics severely disrupted the region’s water systems and reduced the creatures’ habitat, ultimately causing them to die off.