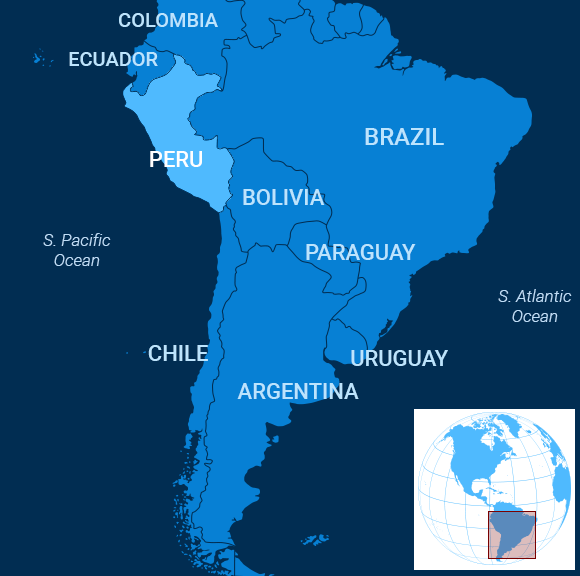 Peruvian police recently arrested six tourists for vandalizing Machu Picchu, the former Incan citadel that is one of the most breathtaking manmade structures in the world. One alleged vandal will go on trial while authorities expelled the other five, wrote Euronews.

The strong reaction came after United Nations cultural heritage officials warned that trash was contaminating the site, adding that tourists leave behind five tons of garbage every day, reported Al Jazeera. Since then, local officials have launched a recycling program. Plans to plant trees around the sanctuary to protect the site from erosion and fires are also underway, Agence France-Presse noted.

One might compare the cleanup of Machu Picchu to the larger story of Peruvian politics today. People are fed up. They want to protect their national dignity. As such, many are gearing up to vote for anti-corruption candidates when congressional elections occur on January 26.

“The coming elections have the potential to channel public fury over a series of recent graft scandals, including the Odebrecht case, and pave the way for watershed political and judicial reforms aimed at cleaning up public life,” wrote Americas Quarterly, referring to the Brazilian engineering company that appears to have bribed politicians and sparked scandals throughout South America.

Four Peruvian presidents have been implicated in the Odebrecht case, Bloomberg explained. One of them, Alan Garcia, committed suicide to avoid justice. Many voters believe the lawmakers who worked with those leaders were just as bad. In 2018, only 8 percent of Peruvians said they trusted Congress.

Vizcarra took that drastic step after right-wing lawmakers allied with former presidential candidate Keiko Fujimori – who is the daughter of disgraced ex-president Alberto Fujimori and was herself accused of Odebrecht-related crimes – blocked his program of anti-corruption measures, as well as judicial and campaign finance reforms.

Opposition figures denounced Vizcarra’s move as a coup, but the BBC reported that the country’s constitutional court agreed that the president had exercised his powers correctly.

Perhaps the wind is behind the president’s back because the Peruvian economy is performing well. Peru is the world’s second-largest copper producer, and mining revenues have skyrocketed. Agricultural exports have reduced poverty in rural regions from 80 percent in 2004 to 36 percent two years ago. The International Monetary Fund described the country’s economy as one of the best-performing in the region, though it noted that growth has recently slowed.

Vizcarra and, ultimately, the voters still have time.

The United Nations court ruled Thursday that Myanmar must protect its minority Rohingya Muslim community, many of whom were killed or driven out of their homes in an army crackdown in 2017, the New York Times reported.

The International Court of Justice at The Hague, in the Netherlands, ruled that the minority group faced “real and imminent risk” and ordered Myanmar to submit regular reports on what steps it is taking to ensure the prevention of genocide against the Rohingya.

The decision is the first international ruling against Myanmar in relation to its military assault against the Rohingya in the western state of Rakhine in 2017.

The offensive forced more than 700,000 people to flee to neighboring Bangladesh in what UN officials argued amounted to genocide.

The small African nation of Gambia brought the case to the UN high court in November, arguing that Myanmar was violating the Genocide Convention.

Myanmar officials rejected the ruling and argued that no genocide occurred in the Rakhine state, Al Jazeera reported.

Earlier this week, a panel appointed by Myanmar’s government found evidence of war crimes in the 2017 campaign but no evidence of “genocidal intent” in the military’s actions.

Lawmakers in Burkina Faso approved a law to allow the military to arm civilians in the fight against Islamic extremism, in a move that underscores the army’s inability to contain attacks that have been increasing since 2016, the Associated Press reported.

Defense Minister Cheriff Sy admitted that the country’s armed forces are “understaffed” and said the measure would allow the security forces to cover a wider swathe of the West African country.

Under the legislation, volunteers over the age of 18 years old will undergo two weeks of military training. They will also receive health benefits and demobilization bonuses intended to ensure their reintegration into society.

Observers warned that arming untrained civilians could lead to human rights violations, but Sy offered assurances that the government aims to prevent such abuses.

The country’s military, despite getting support from France and the United States, has struggled to contain the spread of extremism. It has also been accused of committing human rights abuses during crackdowns against jihadists.

Chinese authorities ordered the lockdown of two more cities on Thursday in a bid to contain the deadly coronavirus ahead of the Chinese New Year travel rush, the Wall Street Journal reported.

Officials in Huanggang and Ezhou ordered the halting of transportation and the closing of public venues, such as theaters, internet cafes and other entertainment centers. Similar restrictions are in place in Wuhan, where the disease first emerged.

Transmitted through coughing, kissing and contact with saliva, the coronavirus has killed more than 20 people and infected more than 800. It has already spread to other parts of China and several other countries.

China’s recent restrictions are intended to prevent it from spreading further during the Lunar New Year, which is one of the busiest travel periods in the country.

Infectious cases have been reported in other Chinese regions, several Asian countries and the United States. However, the World Health Organization declined to categorize it as a global health emergency on Thursday, saying that very few cases have been diagnosed outside China so far.

The ancient Assyrians were a bit superstitious when it came to medicine, according a to recent study.

Researcher Troels Pank Arbøll discovered a drawing of a demon on a 2,700-year-old Assyrian clay tablet that described a cure for epilepsy, Live Science reported.

He said that the ancient tablet belonged to a family of exorcists and that its contents described a cure for the convulsions and other involuntary muscle movements associated with epilepsy.

Arbøll added that the Assyrians called this affliction “Bennu” and believed it was a form of madness caused by a horned demon with a tail and a forked tongue who acted on behalf of the Mesopotamian moon god Sin.

The discovery shows that the ancient people didn’t really distinguish between magic and medicine: They used both ritual practices and medicinal remedies, such as ointments and potions, to cure ailments.

Such was the case with the treatment of Bennu, which was more of an exorcism than a medical procedure.

The text describes that to get rid of the illness, the “doctors” had to use trinkets and smoke to banish the demon.

“Less often, we find mixtures to be ingested or salves applied to the patient,” said Arbøll.