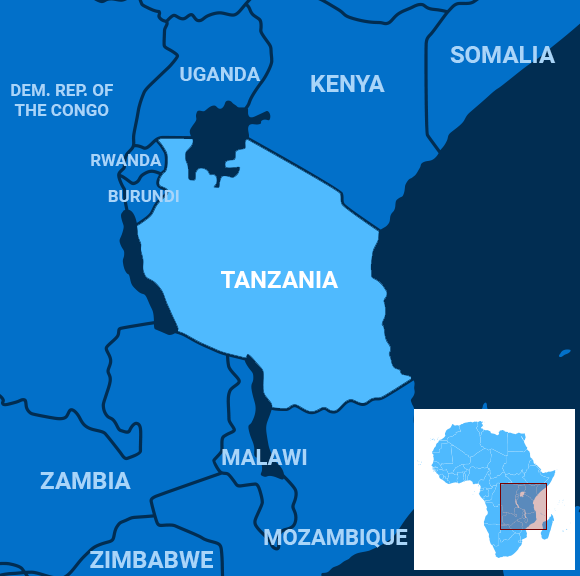 In December, Tito Magoti was shopping for a new phone in Dar es Salaam, the largest city in Tanzania, when five men grabbed him, stuffed him into a car and drove off.

His family called the police to report a kidnapping. But Magoti hadn’t been kidnapped, the police said. He had been arrested and charged with money laundering and organized crime, PRI’s The World reported.

The news was devastating. In Tanzania, alleged economic criminals aren’t eligible for bail. Trials are long and slow. Worst of all, amid a recent crackdown on free expression in the impoverished East African country, it was clear that Magoti’s work as a human rights activist was his real offense, suggesting he won’t have a fair shot at proving his innocence.

Courts have postponed the case of investigative journalist Erick Kabendera – detained since July on charges of money laundering, tax evasion and leading organized crime – at least 10 times, for example, the BBC reported.

“Dissidents have faced extreme suffering and cruelty,” wrote opposition leader Zitto Kabwe in African Arguments. “There are those who have been killed, kidnapped or disappeared and whose whereabouts remain unknown.”

Since Magufuli assumed office in 2015, Tanzania has enacted laws that give authorities broad powers to monitor the Internet for fake news and hate speech and to ban the publication of data that the government has not approved, wrote Global Voices. Critics said the laws make it too easy for police to throw anyone in jail.

Earlier in his career, as a cabinet minister responsible for fisheries and then transportation, Magufuli was called “the bulldozer” for his skills in plowing through corrupt, incompetent and inefficient bureaucracies, wrote the Daily Maverick.

His application of those tactics to the whole country has been controversial, however.

The government has closed newspapers, arrested opposition leaders and curbed political expression, reported Reuters. Officials have asked citizens to report LGBTQ individuals to authorities for prosecution. Homosexuality is illegal in the country. Magufuli is also enforcing a 60-year-old law that prohibits pregnant girls from attending normal schools. He’s pressured Burundian asylum seekers to the leave country, too, according to Human Rights Watch.

The World Bank canceled a $300 million loan in 2018 due to the pregnant-schoolgirl ban. Denmark also withheld aid due to human rights concerns.

The Taliban agreed on Thursday to reduce violence in Afghanistan by offering a temporary ceasefire, a step toward ending the 18-year war in the ravaged nation, the Associated Press reported.

Taliban officials offered US envoy Zalmay Khalilzad a ceasefire that would last between seven to 10 days in a bid to restart peace talks with the United States.

Last September, the US and the Taliban appeared close to signing a peace deal when an increase in Taliban attacks, including the killing of a US soldier, pushed President Donald Trump to scrap the talks.

US officials said they will evaluate the Taliban’s new ceasefire offer, but it remains unclear whether the proposal will be enough to allow negotiations to resume.

If they do resume, that could lead to the signing of a peace deal that includes the gradual withdrawal of US troops from Afghanistan in return for a Taliban pledge that Afghanistan won’t house terrorist groups in the future, the New York Times reported.

Careful What You Wish For

Thousands of supporters of Gambia’s former autocratic leader Yahya Jammeh rallied on the outskirts of the capital to demand his return from exile and criticize the current president, Agence France-Presse reported.

The protests came days after Jammeh was heard in a leaked audio recording insisting that the tiny West African country guarantee his right to return.

The former leader ruled Gambia for 22 years but fled in 2017 after losing a presidential election to the then-unknown Adama Barrow.

Barrow’s presidency came under fire recently, when the president announced last month that he will stay in office for five years. Earlier, he had promised to step down after three years.

His administration said that Jammeh is allowed to come back as a citizen but cannot run for president again.

Since January 2019, about 190 witnesses have appeared before a Truth, Reconciliation and Reparations Commission set up to investigate abuses under his rule.

China agreed to buy hundreds of billions of dollars of US products after signing a “phase one” trade agreement with the United States earlier this week, CNN reported.

Under the deal, China will buy an additional $200 billion of US goods and services over the next two years, with agricultural goods accounting for a big portion of the new purchases.

The deal also includes more protection for the intellectual property and trade secrets of American companies.

It also loosens requirements for banks wanting to operate in China.

In exchange, the US agreed to reduce tariffs on $120 billion in Chinese products from 15 percent to 7.5 percent.

There are still several sticking points that the two sides are expected to discuss in the next phase of the deal, such as the removal of state subsidies for China’s state-owned enterprises.

Phase one of the deal is expected to offer some relief to US farmers and Chinese manufacturers that have suffered under the trade war.

The agreement also dovetails with Beijing’s desire to diversify its economy and financial system.

Life without eyes isn’t so bad for the marine red brittle star, according to a recent study.

Scientists previously discovered that the animal, Ophiocoma wendtii, is covered with light-sensitive cells, but never understood how it utilized them, United Press International reported.

In a series of behavioral experiments, a team of international researchers found that the brittle star’s color-changing capabilities help it use its light-sensing cells to see.

The team noted that pigmentation that gives the red brittle star its dark daytime color ensured that light reached the sensors at only a narrow angle, allowing it to see around its environment.

The authors noted, however, that O. wendtii had a very coarse vision and was nearly blind at night.

“We were surprised to find that the responses we saw during the day disappeared in animals tested at night, yet the light-sensitive cells still seemed to be active,” said lead author Lauren Sumner-Rooney.

The results also showed that the creatures sought out contrasts in their surroundings, with researchers arguing that the contrasts in color can reveal structures that offer shelter from predators.

So far, sea urchins, which are distantly related to the red brittle star, are the only other animals known to be capable of eyeless sight, according to the authors.