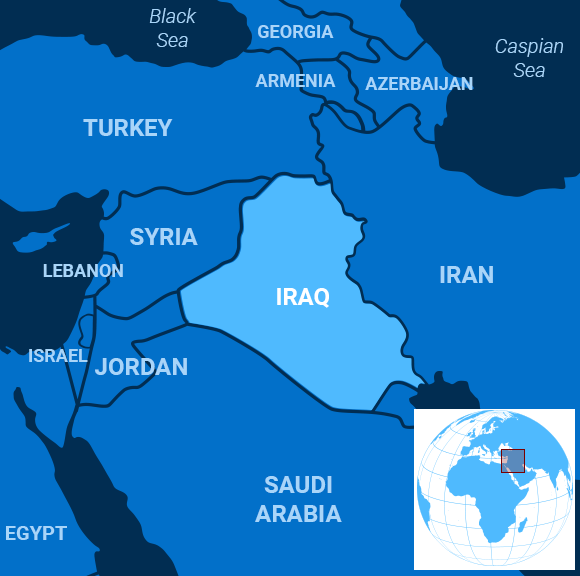 Taking Advantage of a Crisis

The Islamic State was sinking. Now, maybe not so much.

A coalition of forces, including US troops, nearly wiped out the Islamic State’s so-called caliphate in the Middle East in 2018, four years after the militants seized Mosul, then the second largest city in Iraq, wrote Foreign Policy. The Wilson Center has an excellent timeline of the terrorist group’s rise and fall.

Like a cancer, pockets of the Islamic State survived, however, leading the US and others to keep forces in the region to eliminate the jihadists once and for all.

“The insurgency is alive and kicking in northwest Iraq for sure,” Russell Travers, acting director of the US National Counterterrorism Center, told Voice of America. “There are already no-go areas at night. We see ISIS flags, and we see small areas where Sharia is being implemented.”

Then the US and Iran became embroiled in a new conflict after a series of events that culminated in the US killing Iranian military commander Qassem Soleimani and Iran firing missiles at American bases in Iraq.

The US and its coalition allies have temporarily stopped their fight against the Islamic State due to the Iranian conflict, CNN reported. Canada and European allies reduced or repositioned their troops out of the line of fire while expressing concerns they were compromising their fight against the terrorists, wrote Stars and Stripes.

Iraqi forces continue to root out the estimated 14,000 Islamic State fighters who still roam free in the country.

But Iraqi soldiers can do little about the Islamic State members they’ve already captured.

Tens of thousands of women and children who were once part of the Islamic State are now in detention centers in the region, where they are waiting on word from their native countries on whether they can return home, the Washington Post wrote. Many journeyed from Europe to Iraq or Syria to join the caliphate. Governments in Belgium, the Netherlands and elsewhere aren’t sure whether to consider these women victims or co-conspirators.

If former fighters do return, they often receive jail sentences of only three to five years because of a lack of admissible evidence, reported World Politics Review. In prison, they might be radicalized further. Syrian Kurds have similarly freed suspected Islamic State militants from detention camps because nobody has proved they’ve committed any crimes, added Agence France-Presse and Japan’s Jiji Press.

When it comes to jihadists, it’s not over until it’s over.

Russian Prime Minister Dmitry Medvedev resigned Wednesday as part of a government shake-up steered by President Vladimir Putin as he aims to secure his influence after his presidency ends in 2024, the Washington Post reported.

Putin called for constitutional amendments that would make the future president subject to further term limits and give more power to parliament in an effort to diminish the influence of his successor. Currently, Russia limits the president to two consecutive terms, though there is no limit on nonconsecutive terms.

Putin also called for “enshrining” the state council, an advisory body to the president, in what could be a path for him to maintain significant influence in a different capacity once this presidential term is finished in four years.

Medvedev, meanwhile, will become deputy chairman of Russia’s Security Council, a position that has been compared to that of a vice president. His successor is Mikhail Mishustin, the head of the Russian tax service, who is viewed as a possible placeholder as Putin reshapes Russia’s power structure.

Nazarbayev resigned last March, but became Chairman of the Security Council for life, allowing him to be an important power broker.

“This is all about how to influence the prerogatives of the future president,” said analyst Tatiana Stanovaya.

Guatemalan prosecutors issued arrest warrants for five former lawmakers on Wednesday, a day after the swearing-in of a new president, Alejandro Giammattei, who promised to tackle corruption, Reuters reported.

The wanted officials include a close ally of outgoing President Jimmy Morales. They enjoyed immunity from prosecution until Tuesday, when their terms in Congress came to an end. Morales himself was not included in the warrants, however. He and several other officials were sworn in as members of Central America’s regional parliament, Parlacen, late on Tuesday night. The regional parliament provides a degree of protection from prosecution.

Morales has been investigated in the past for campaign finance violations, and as president he pushed out the UN-backed anti-corruption body, CICIG, after it sought to investigate him and his family. He denies any wrongdoing.

The new president promised in his inaugural speech to take a hard line against corruption, saying that he won’t “cover up any leaks,” Reuters reported separately. His efforts will be closely monitored.

The former Soviet republics agreed to create a joint working group that will attempt to decide on a line of demarcation for the 70-mile border segment by Feb. 15.

The two nations will then identify areas “equal by size and significance” for exchange by Mar. 1.

The recent negotiations came after gunshots were fired along the border on Jan. 9, leading to the evacuation of hundreds of Kyrgyz nationals and the arrest of four people charged with hooliganism and taking part in mass disorder.

Several clashes have occurred in the border area recently, including at least 10 skirmishes last year.

Several border areas in Central Asian countries remain disputed since the collapse of the Soviet Union in the early 1990s.

French fries wouldn’t be the same without ketchup to complement them.

For the ancient Romans, condiments were important in their dishes too, and one particular sauce that stood out was “garum.”

In a recent documentary series, archaeologists in Italy were able to reproduce a recipe for the 2,000-year-old sauce, the Daily Express reported.

The team found traces of preserved garum in the ruins of the ancient city of Pompeii, which was destroyed by the eruption of Mount Vesuvius in AD 79.

The eruption covered the city in a blanket of thick material that helped to preserve most of its ruins even today.

During their excavations, researchers found a garum store and were able to analyze the contents of the old condiment.

They discovered that Mediterranean herbs – such as rosemary and coriander – and anchovies were used in making garum.

The team explained that garum was so ubiquitous in ancient Rome that it was used in every household, regardless of wealth.

“Everybody was eating it, this was the ketchup of the Roman world,” said historian Benedict Lowe.

Because it was so important, garum factories were built all around the empire, but archaeologists have only found a few of them, according to Smithsonian Magazine.

That may be because the garum-making process was so stinky that manufacturers were required by law to build their facilities outside urban areas.