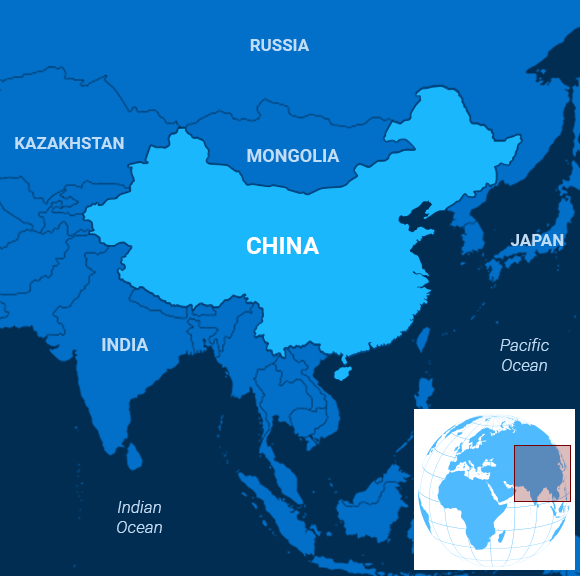 Bursting at the Seams

China is on track to double its gross domestic product, compared to ten years ago.

The communist country began opening its markets in the late 1970s. Since then, aggressive government control has pushed growth further. Cheap labor, currency devaluations and an intense focus on manufacturing have helped everything along.

Capitalism, though, even when working well, is both creative and destructive.

Take China’s “One Belt, One Road” initiative, a road, rail and shipping network designed to make China the hub of the Asian economy and better link the country to Europe. Someday it might transform the globe. Today, however, the Chinese are learning that throwing money around doesn’t work as foreseen.

World Politics Review wrote that “waste, political cronyism and a slew of overambitious infrastructure projects that have created unsustainable levels of debt for partner countries” have tarnished the initiative.

China’s rise has also depended on “subsidizing domestic companies, manipulating currency levels to obtain unfair price advantages in foreign economies, and making use of intellectual property that is [sic] doesn’t pay for,” according to a study cited in US News & World Report.

The question is when China will need to face these issues.

Pundits have been predicting a bubble bursting in China since the 2008 financial crisis. They usually don’t take into account the extraordinary stimulus that leaders in Beijing have undertaken to prevent a crisis. Those measures have helped the country navigate a decline in the rate of growth, from 14.2 percent in 2007 to 6.6 percent in 2018.

But China’s cumulative debt is now more than 300 percent of GDP. Some view that load as unsustainable. “A mountain of risky payments has been placed on the shoulders of notoriously opaque local governments,” wrote Plamen Tonchev, head of the Asia Unit at the Greece-based Institute of International Economic Relations, in the Japan Times.

Perhaps the expected signing of the first phase of a trade deal between the US and China on January 15 will turn things around. The agreement is supposed to curb China from devaluing its currency to make exports cheaper.

Analysts who spoke to the Sydney Morning Herald, however, said the worst was far from over.

Accordingly, the South China Morning Post reported that Chinese central bankers could loosen the money supply after the signing ceremony, pumping yet more credit into businesses and individual debtors to stimulate commerce.

Karl Marx and Mao Zedong would have something to say about the situation.

Britain, France and Germany on Tuesday formally triggered a dispute-resolution mechanism in response to Iran’s breaches of the 2015 nuclear deal, in a move that could reimpose United Nations sanctions on Tehran, the New York Times reported.

The three European powers accused Iran of violating limits on its production of enriched uranium, a pre-requisite for building nuclear weapons.

Under the mechanism, Iran will have a limited period to return to full compliance. Otherwise, UN sanctions that were previously suspended under the deal will be reinstated.

Iran began its violations when the United States withdrew from the deal in 2018 and imposed various unilateral sanctions on the country.

Following America’s killing of its top general Qassem Soleimani on Jan. 2, Iran said it would no longer abide by any restrictions in its uranium enrichment.

Iranian officials dismissed the European move as a “passive” action but said they were ready to consider any constructive effort to save the deal, Reuters reported.

The military leader of the forces that control eastern Libya left Russia on Tuesday without signing a ceasefire agreement that would have ended the months-long conflict with the western UN-backed government, Al Jazeera reported.

Commander Khalifa Hifter’s departure on Tuesday marks a setback in the implementation of a ceasefire that was brokered by Russia and Turkey earlier this week.

Russian officials said on Monday there was “progress” between Hifter and Fayez al-Sarraj, the head of the Government of National Accord (GNA).

Hifter, however, said later that the agreement ignored “many of the Libyan army’s demands.”

Turkish President Recep Tayyip Erdogan strongly condemned Hifter’s departure and warned that he would teach Hifter “a lesson” if he resumed his offensive against the GNA.

Erdogan announced last week that Turkey will be deploying troops to Libya in support of al-Sarraj’s government.

It remains uncertain how the developments in Moscow will influence Sunday’s conference in Berlin aimed at ending the conflict.

Irish Prime Minister Leo Varadkar called for snap elections on Tuesday, starting a campaign that will focus on Britain’s exit from the European Union, as well as Ireland’s housing crisis and health care issues, the Wall Street Journal reported.

Varadkar’s Fine Gael party aims to capitalize on the positive impression of his government’s efforts in negotiating Brexit, but its slow progress in resolving a chronic housing shortage and problems with the health care system could be obstacles.

An election was expected, since Varadkar’s minority government relied on the good graces of the opposition Fianna Fail party and several other independent lawmakers.

Most recent opinion polls place both centrist parties neck-and-neck, suggesting that there won’t be an outright winner and that it would take months to form a new government, according to the Telegraph.

The new lithium-sulfur battery maintains an efficiency of 99 percent for more than 200 cycles of charging and discharging, and a smartphone-sized one can keep a phone charged for five days.

Lithium-sulfur batteries are powerful and have been used in some cars and planes, but so far the short lifespan of their sulfur electrodes has made them unable to be mass produced.

The electrodes expand and contract as they charge or discharge, with a volume change of about 78 percent – this change is eight times smaller in lithium-ion batteries.

In their study, the authors countered this problem by revamping the bonding process used to create lithium-sulfur batteries, giving more space to the sulfur particles to expand and contract.

The new process balances the battery’s resistance to cracking with its ability to discharge a large amount of energy.

And because sulfur is cheap and abundant, researchers believe the new battery will lead to drastically cheaper electric cars and grid energy storage.

The battery is still in the early phases, but people will soon say goodbye to power banks – and consequently spend more time using their smartphones.