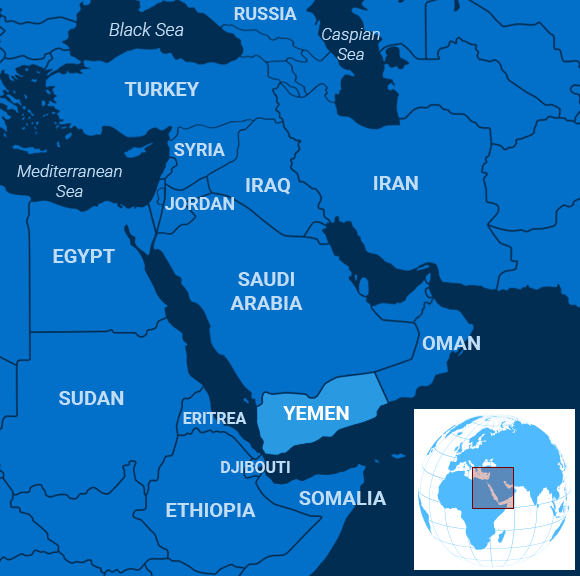 The Setting for Peace

Predictions had been optimistic for Yemen.

“Violence in Yemen will likely subside in 2020, amid signs the warring factions want to find a resolution,” wrote Al Jazeera in December, citing United Nations officials.

Houthi rebels, with the help of Iran, ousted the Yemeni government in 2014 and took control of the capital of Sanaa in the country’s north. Saudi Arabia and its Arab allies intervened to try to help the government reclaim control. Since then, more than 100,000 have perished in the violence, reported the Guardian. That figure doesn’t include those who died of hunger and disease, which have killed 85,000 young children alone, the Associated Press noted.

In December, in just one example of deaths by violence, a Houthi missile struck a military parade in southern Yemen, killing at least 10 people, including four children, the news service reported.

But there has been cause for hope.

In November, Saudi Arabia brokered a peace deal – called the Riyadh Agreement – between the internationally-recognized government of President Abed Rabbo Mansour Hadi, based in the southern port city of Aden, and a separate group of insurgents called the Southern Transitional Council.

As Euronews reported, many viewed the agreement as a potential harbinger of peace and stability in Yemen, as it enabled the combined forces of Hadi’s government and the insurgents’ council to focus on defeating the Houthis.

Then the US killed Iranian military leader Qassem Soleimani in early January. The Houthis immediately called for blood. “We condemn this killing, and direct and swift reprisals are the answer,” senior rebel political official Mohammed Ali al-Houthi tweeted, according to Agence France-Presse.

They have leverage. The Houthis claimed responsibility for drone attacks on Saudi oil facilities in September, temporarily reducing the kingdom’s output by half. The US alleged that Iran was behind the incident. Iranian officials have denied that claim. But Iran, of course, is the Houthis’ primary military ally.

Accordingly, the US State Department recently issued a warning to Americans in Saudi Arabia.

“US citizens living and working near military bases and oil and gas facilities and other critical civilian infrastructure, particularly in the Eastern Province and areas near the border with Yemen, are at heightened risk of attack,” said the warning.

As leaders in the region recalibrate in the wake of Soleimani’s killing, the prospects of the Riyadh Agreement are also looking dim.

The Southern Transitional Council has pulled out of the committees tasked with implementing the deal, Reuters wrote. Xinhua reported that council representatives didn’t see Hadi’s government as an honest broker because it’s a Saudi Arabian puppet.

Whether repairing a broken vase or a broken country, one must have propitious conditions for the glue to set.

Iranian security forces clashed with hundreds of protesters over the weekend after the military admitted that it accidentally shot down a Ukrainian passenger airliner last week, the Wall Street Journal reported.

The commander of Iran’s Aerospace Force of the Revolutionary Guard said a “rash decision” resulted in the downing of a Ukraine International Airlines Boeing 737-800, killing 176 people – including 82 Iranian citizens.

Last week’s incident occurred when Iran’s military launched missile strikes toward US bases in Iraq in retaliation for the killing of top Iranian general Qassem Soleimani.

Iran’s admission wasn’t the result of an investigation, but a political decision to prevent further domestic and international criticism.

The incident could further isolate Iran internationally following the United States’ exit from the landmark 2015 nuclear deal and re-imposition of US sanctions.

The country still relies on the remaining partners to the nuclear deal, particularly European powers, to provide relief from US sanctions.

Outsider Roberta Abela became Malta’s prime minister on Sunday, Agence France-Presse reported. The country’s previous leader, Joseph Muscat, had stepped down in connection with the investigation of a murdered journalist.

Abela was elected as leader of the Labor party on Sunday and automatically took the role of prime minister.

During party elections, he did not criticize Muscat over his involvement in the investigation and made no reference to the 2017 car bombing murder of investigative journalist Daphne Caruana Galizia.

Activists expressed doubt that Muscat’s successor will bring any change to the country.

Muscat announced last month he would step down as prime minister following widespread protests over his perceived efforts to protect friends and allies implicated in Caruana Galizia’s murder.

The journalist helped expose corruption at the highest levels in Malta.

So far, powerful businessman Yorgen Fenech has been charged as an accomplice, while three men are on trial for allegedly detonating the bomb that killed Caruana Galizia.

More than 10,000 Thais participated in a run in the capital on Sunday to protest the military-backed government and to demand more freedoms, Reuters reported.

The “Run Against Dictatorship” event was the biggest show of dissent to date against the government of Prime Minister Prayuth Chan-ocha, who came to power after elections in March 2019.

Opposition parties accuse Prayuth – a former military leader who led a coup in 2014 – of manipulating the election results.

“I want things to be better,” said runner Waraporn Waralak. “I want Prayuth to get out.”

The run follows a large rally last month organized by Thanathorn Juangroongruangkit, the leader of the progressive Future Forward Party and an outspoken opponent of the current government.

Thanathorn was charged last week for breaching laws in connection with the December rally, and his party faces dissolution this month by the constitutional court.

In response to the run, thousands of Prayuth supporters held a similar event in another park, where they accused Thanathorn and his supporters of being “nation haters.”

Phosphorus is an important building block in DNA and RNA molecules.

For years, scientists have puzzled over how this mineral became abundant enough that it allowed life to begin on Earth – an issue known as the “phosphate problem.”

Unlike normal lakes, soda lakes are rich in phosphorus. They form when water from the surrounding landscape flows into a depression, and evaporation then turns the water salty and alkaline.

In their study, the research team found that soda lakes had up to 50,000 times more phosphorus than normal lakes or sea water.

They explained that through a natural process, the high-carbonate content allowed phosphorus to remain in high levels in these bodies of water.

The carbonate is more likely to bind with other minerals, such as calcium, thus allowing phosphorus to become freely available in the water.

The study not only provides a plausible solution to the phosphate problem, it also supports another paper which shows that soda lakes can also supply cyanide – a deadly chemical that, oddly enough, could have fostered the formation of amino acids and nucleotides, the building blocks of proteins, DNA and RNA.