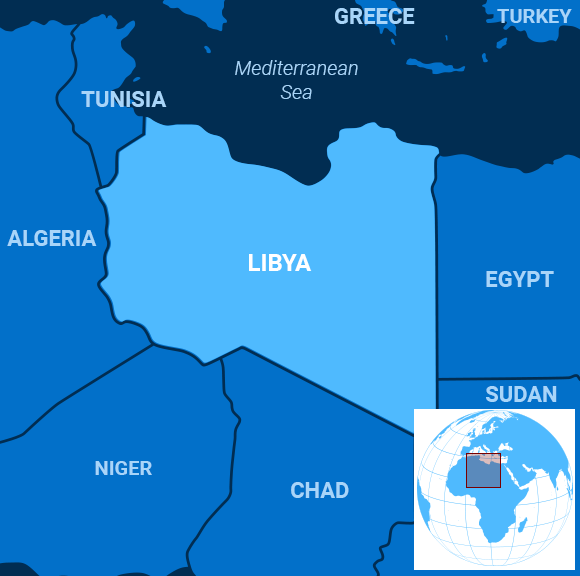 A new proxy war is escalating in Libya.

Turkey is planning on sending troops to the North African country on the Mediterranean to counter the forces of Khalifa Hifter, the rebel commander who has laid siege to the capital of Tripoli since April, the New York Times reported.

Hifter led one of the factions that helped topple the dictator Muammar Gaddafi in 2011. His success in his current campaign against the government in Tripoli was mixed until recently, when Russian mercenaries arrived to support him. The Russian government has denied any links to the fighters.

Egypt, France, Jordan, and the United Arab Emirates have also given Hifter aid. UAE drones have been particularly crucial in his campaign, too, Reuters reported. Lastly, Chadian and Sudanese mercenaries have also joined Hifter.

But the United Nations has recognized the administration in Tripoli as Libya’s rightful government.

“All those are helping a warlord, but we are responding to an invitation of the country’s legitimate government,” said Turkish President Recep Tayyip Erdogan during a recent meeting of his Justice and Development Party.

Unsurprisingly, the roots of the tensions between the various powers in Libya stretch in numerous directions.

Turkey has signed offshore drilling contracts with the government in Tripoli, angering Cyprus, Egypt and Greece, which believe those deals will block their oil and gas explorations in the Mediterranean.

Even bigger issues are at play.

The US and European Union have sat on their hands in recent years while the Libyan civil war has raged and hundreds of thousands of migrants have fled the fighting and taken to boats bound for Italy and elsewhere, wrote scholar Emadeddin Badi in the Carnegie Endowment for International Peace. Russia sees an opportunity to fill a strategic vacuum and gain leverage over Turkey, a rival in Syria.

Turkey, meanwhile, feels impelled to flex its muscles at a time when it has become diplomatically isolated from the US and Europe due to its incursion into northern Syria, and its relations with Saudi Arabia have soured over the murder of journalist Jamal Khashoggi in the Saudi consulate in Istanbul, Foreign Policy magazine wrote.

Indeed, Libya might eventually be a negotiating point in Turkish and Russian talks over Syria, Al-Monitor reported.

Libyans suffering on the ground should be outraged.

Hundreds of thousands of people rallied in the streets of Hong Kong Wednesday, sending a message to the government that the protest movement will continue until their demands are met, the Wall Street Journal reported.

The New Year’s Day march set a new agenda for the upcoming months, suggesting that the protesters are preparing for a longer struggle.

March organizers encouraged people to join labor unions to keep the protest movement afloat and push for more strikes in the city.

Analyst Edmund Cheng explained that the protest movement is entering “another phase.” Many people are forming unions and supporting businesses that back the movement in what is known as the yellow economy.

Unrest in Hong Kong began last June in response to a now-scrapped extradition bill, but soon evolved into a pro-democracy movement against China’s interference.

Demonstrators have made five demands. Among them, they demand that Hong Kong’s chief executive and its lawmaking body be elected by a vote by all citizens as well as amnesty for the protesters who have been arrested. Currently the chief executive and half the members of the Legislative Council are chosen by a relatively small group of influential residents.

So far, only one demand – the revocation of the extradition bill – has been fulfilled.

Pro-Iran protesters clashed with US troops outside the United States Embassy in Baghdad on Wednesday, the second day of demonstrations that gripped the diplomatic mission in Iraq, CBS News reported.

The embassy breach came after US airstrikes in Iraq and Syria killed 25 fighters of an Iran-backed militia on Sunday, a move that was condemned by the governments of both Iran and Iraq.

Protesters stormed the embassy on Tuesday and Wednesday, while Iraqi security forces made no effort to stop the breach on either day.

Demonstrators demanded the shutdown of the embassy and the departure of US troops from Iraq, PBS Newshour reported.

Iran, meanwhile, denied any role in the attack and criticized the US involvement in Iraq.

The new developments could cause a major downturn in Iraq-US relations and further undermine Washington’s influence in the Middle East.

Pakistani Prime Minister Imran Khan launched a health scheme for the transgender community earlier this week, a move aimed at protecting a group that has historically been marginalized in the Muslim-majority country, Al Jazeera reported.

Khan said that his government is attempting to help the community and change the public attitudes towards transgender people.

“Unfortunately, with a heavy heart I have to say that people don’t have empathy for our transgender community who live such a hard life,” he said.

In the past, Pakistani lawmakers have enacted legislation to offer more rights to transgender individuals, but enforcement of the laws remains limited.

Many people in the secluded community are forced to beg or resort to prostitution to survive.

A 2017 Pakistani population census declared that more than 10,000 transgender people live in Pakistan, but rights group Charity Trans Action Pakistan estimated that number to be at least 500,000.

Archaeologists have mostly relied on human bones and teeth to extract the genetic make-up of ancient people, but human DNA can also be found in the most inconspicuous objects, NPR reported.

In a recent study, researcher Hannes Schroeder and his team used DNA from an ancient “chewing gum” to map out the genome of woman living on a Danish island more than 5,000 years ago.

Researchers discovered traces of the woman’s DNA in a black-brown substance known as “birch pitch,” and it revealed a lot about the prehistoric chewer, including her appearance and illnesses.

He explained that the woman’s peculiar genes revealed that her ancestors belonged to a group of hunter-gatherers from continental Europe.

The authors weren’t able to determine the woman’s age, but their work marked the first time that an entire ancient human genome was reconstructed from anything other than bones or teeth, Schroeder said.

Molecular archaeologist Christina Warinner, who reviewed the study, said that the research also illustrates how the technological revolution is helping scientists learn more about humanity’s past.

“It gives me inspiration to go out and start looking for more of these unusual contexts in which we might find interesting information,” Warinner said.