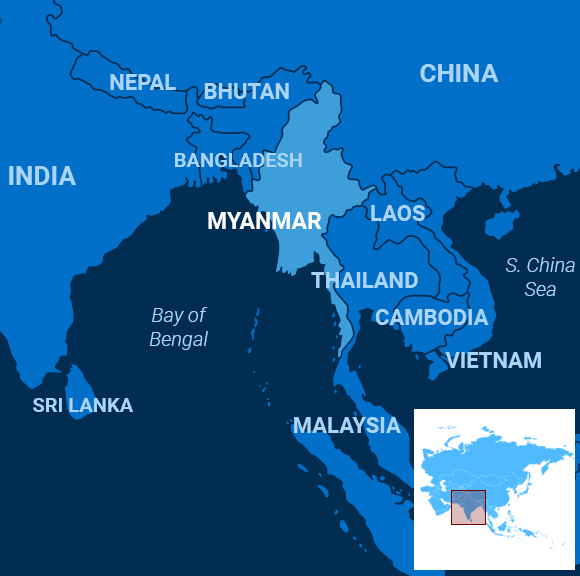 About Face, About Grace

The irony is that Thein perished in the same region where Myanmar’s military has driven 740,000 Rohingya Muslims into neighboring Bangladesh since 2017.

Two weeks earlier, Aung San Suu Kyi had appeared in the International Court of Justice in the Hague to defend her government against accusations of attempting to eliminate the Rohingya Muslims, an ethnic minority in the country formerly known as Burma. “Genocidal intent cannot be the only hypothesis,” she told the justices. “If war crimes have been committed … they will be prosecuted within our military justice system.”

Her testimony was a “jarring turnabout,” wrote the New York Times.

Aung San Suu Kyi won the Nobel Peace Prize in 1991 for her resistance to the military junta that held her under house arrest for 15 years. She became a beacon of hope for activists in the developing world who stood up to corrupt dictators. In 2015, she led the National League for Democracy to a landslide victory in elections, reinstalling a civilian government for the first time in 50 years, explained Biography magazine.

Now she was defending Myanmar’s troops from allegations of mass slaughter, rape and other atrocities. The BBC described Aung San Suu Kyi as the “democracy icon who fell from grace.”

In an Al Jazeera opinion piece, Toronto-based scholar Azeezah Kanji argued that the historical record belied the Nobel laureate’s testimony. More than 40 years ago, Myanmar’s generals launched Operation King Dragon, a campaign of “mass expulsion and terror” against the Rohingya. Soon after, the country stripped them of citizenship, rendering them a stateless people. After that, the government drafted a plan to resettle Rohingya communities with adherents of Buddhism, the country’s dominant religion.

The US has slapped sanctions on military chief Min Aung Hlaing and his subordinates for their role in the carnage, Reuters reported.

Others are reconsidering their links to the country. Japanese brewer Kirin is reviewing its connections to military-linked businesses in Myanmar, wrote the Financial Times. French and Australian energy companies, meanwhile, are moving ahead with local partnerships, noted Nikkei Asian Review.

A Nobel Prize can’t be rescinded, the Associated Press noted. Perhaps it’s time for that policy to change.

An Exchange, A Peace

The prisoner swap comes a few weeks after Russian President Vladimir Putin and Ukrainian President Volodymyr Zelenskiy met in Paris to create a peace plan for Europe’s only active war.

In total, 200 prisoners were exchanged between the two sides, but some of the prisoners released by Ukraine were former riot police implicated in the death of more than 100 protesters in Kiev during the 2014 uprising.

The victims’ families warned Zelenskiy last week that their release could lead to a “wave of protests.”

Since he came to power in May, Zelenskiy has been trying to end the conflict which has killed more than 13,000 since 2014 and soured Ukraine’s relationship with Russia.

The exchange was part of the agreement between Putin and Zelenskiy, which also includes more autonomy for the eastern Ukrainian districts of Donetsk and Luhansk, and also fresh local elections.

Bolivia’s government called the act “a serious trampling of Bolivia’s sovereignty,” but Spain strongly denied any involvement in the exfiltration process and vowed to investigate the matter.

The Mexican embassy in La Paz has become the center of a diplomatic row between Bolivia and Mexico, since the ousting of former President Evo Morales.

His former officials, meanwhile, have taken shelter in the Mexican embassy in La Paz, but the interim government has warned Mexico it will face a “very serious problem” if its embassy refuses to hand over the wanted officials.

North Korea opened a high-profile political conference over the weekend, a few days before the year-end deadline set by Pyongyang for Washington to make concessions in nuclear negotiations between the two countries, the Associated Press reported.

Analysts speculate that the meeting will be used to announce North Korea’s abandonment of the nuclear negotiations with the United States and lift its moratorium on major weapons tests.

A similar meeting took place last year, when the country’s ruling Worker’s Party announced the suspension of nuclear and missile testing following the start of nuclear talks with the US.

The negotiations between both nations stalled after the Vietnam summit in February, and the North Korean leader, Kim Jong-un, warned the US to come up with new initiatives to salvage the talks.

North Korea has demanded major sanctions relief in exchange for taking steps toward denuclearization, but the US has argued that sanctions will remain until the isolated nation takes drastic steps to rid itself of nuclear weapons.

British sign language helps the hearing impaired to communicate on a daily basis, but the language system still lacks terms – or signs – for describing the latest discoveries in astronomy.

Now, space scientists and sign language experts have teamed up to give an astronomical update to the British sign language, the BBC reported.

“I find it personally so exciting that I could actually design a sign myself together with them,” said astrophysicist Olja Panic from the University of Leeds.

Since 1992, nearly 4,000 exoplanets have been found outside our solar system, but only recently was the word “exoplanet” added into the sign language system.

All the new terms are recorded into a video dictionary.

The team hopes that the updated dictionary will empower others in the deaf community, including deaf astronomers, to discuss the mysteries of the universe.

Sign language user Derek Rowley told the BBC that the project is very important to him and hopes that sign language can be expanded to include other science subjects, too.

“It’s increased my interests as well, and it will open access for other people,” he said.