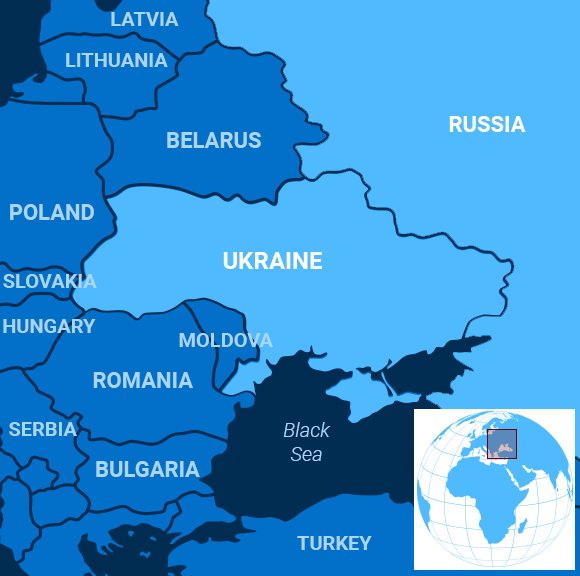 During his recent annual marathon press conference, Russian President Vladimir Putin said peace in Ukraine would only come with dialogue.

It’s hard to talk, however, when one side revises history. Foreign Affairs detailed Russia’s annexation of Crimea from Ukraine and the role Russian proxies have played in the separatist war in the eastern Ukrainian region of Donbass. But Putin denied assertions that Russian forces were involved in the five-year-old conflict. “There are no foreign troops there,” he said, according to the BBC. “They are local militia, self-defense forces from the local population.”

Ukrainian President Volodymyr Zelenskiy views the Russian-backed separatists in Donbass as staging an illegal rebellion. Putin wryly noted, however, that Ukraine technically recognizes the legitimate interests of the separatists because Ukrainian leaders signed off on peace talks with the rebels. It would have been interesting to say the least to be a fly on the wall at Putin and Zelenskiy’s recent first meeting. We know they discussed prisoner swaps, the PBS NewsHour reported, even though Russia says it is not supporting the rebels.

Putin and Zelenskiy’s meeting took place at a peace summit in Paris that also involved French President Emmanuel Macron and German Chancellor Angela Merkel. Putin wanted Zelenskiy to give the Donbass separatists more autonomy in exchange for an end to the fighting, the Associated Press wrote.

Cease-fires have occasionally been declared, but the carnage hasn’t stopped. A total of 14,000 people have died in the war since 2014. Around 40 people have been killed in Donbass since July, the Ukrainian foreign minister told a local TV station, according to Unian, a news agency based in Kiev.

Writing in the Guardian, the director of the Europe and Central Asia program at the International Crisis Group, Olga Oliker, argued the peace talks were making progress. Many feared that Zelenskiy would be captive to veterans and right-wing groups who insist on a more belligerent stance. Instead, he’s signaled his openness to at least discussing Russia’s proposals. Putin, in turn, has said the peace process is “going in the right direction,” CNBC reported.

In a blog post for the Atlantic Council, Taras Kuzio offered a different point of view. Putin wants to bring Ukraine, a former Soviet republic, back under Moscow’s influence. But Ukrainian public sentiment is decisively against Russia, especially as the war has dragged on, even in ethnic-Russian regions. Only by stringing Zelenskiy along for years in a state of “frozen conflict” will Russians remain in control of the situation in its ex-client state, argued Kuzio. Similar situations have occurred in Georgia and Moldova.

That’s a bleak assessment that is unfortunately plausible.

Taiwanese President Tsai Ing-wen urged lawmakers on Wednesday to advance a proposed anti-infiltration bill to combat China’s influence, ahead of the country’s presidential and parliamentary elections on Jan. 11, Reuters reported.

The bill is part of a years-long effort to fight what many in Taiwan see as China’s attempts to steer the island nation’s political and democratic processes.

The new law will forbid political activities and funding from “foreign hostile forces,” with Tsai arguing that similar legislation has passed in other nations to fight Chinese influence.

The ruling Democratic Progressive Party (DPP) aims to pass the bill before the end of the year, but the pro-Beijing opposition has criticized the measure, arguing that the law will serve as a “political tool” of Tsai and her DPP to gain more votes and paint the opposition as Chinese agents.

Chinese officials have repeatedly denied meddling in Taiwan’s affairs and have also opposed the bill.

Iraqi protesters rejected two proposed candidates for the country’s next prime minister Wednesday, further intensifying the unrest and political deadlock that has gripped Iraq since October, the Associated Press reported.

The rejections come a day after the Iraqi parliament passed a new election law that will allow voters to elect individual legislators instead of choosing from party lists, and each lawmaker will represent a specific electoral district, according to Al Jazeera.

The new law fulfills one of the protesters’ main demands to make elections fairer, but they also want the political elite pushed out, and a prime minister that is an independent candidate.

The unrest forced Prime Minster Adil Abdul-Mahdi to resign last month, but he has remained in office in a caretaker capacity.

Negotiations for a new candidate have also stalled, with Iraqi politicians missing two deadlines for the nomination of a new prime minister – the last one was on Sunday.

Thailand’s Constitutional Court said Wednesday it would rule on a complaint to dissolve the opposition Future Party over accusations of sedition, Agence France-Presse reported.

The court will reach a verdict on Jan. 21 as to whether party leaders carried out “actions” to overthrow the country’s powerful constitutional monarchy, a decision that could test the stability of the new government.

The complaint alleges the party’s triangle logo resembles the symbol of the Illuminati, a secret society which conspiracy theorists believe seeks world domination.

The opposition party also stands accused in another case over alleged illegal loans from its billionaire leader Thanathorn Juangroongruangkit.

Future Forward denies the accusations and said that they are meant to pressure the party, which became the third largest party in parliament after elections in March.

The party has butted heads with the arch-royalist establishment and criticized the country’s military junta, which seized power in 2014.

Meanwhile, the court decision could also spark protests from its supporters: Thousands rallied in support of Thanathorn earlier this month.

It’s not just cowboys that saddle up for rodeos in Texas.

Scientists discovered two species of ants that ride on the backs of other ants in the Lone Star State, Smithsonian Magazine reported.

Entomologists Alex Wild and Jen Schlauch aptly named them “rodeo ants” and noted in their study that the insects were solitary species that prefer to ride solo.

“No insect is more Texan than the Rodeo Ant,” tweeted Wild.

The bug riders, unfortunately, are not the heroes seen in cowboy movies, but the bandits.

Researchers explained that the creatures are parasitic: They would ride on the backs of other queen ants, steal their host colony’s food and lay eggs in the colony in the hopes of getting free healthcare for their young.

They also noted that the two ants they observed were in fact solitary queens that used their deceptive ways to survive and procreate.

Queens from other ant species, however, rely on their workers for food and security.

The authors speculated that one of the new rodeo ant species belonged to the Solenopsis group, in which other species have been observed using their mouths to grab onto the waists of queens from bigger species.

They are unsure about the other riders but hope to learn more in the future about both species and their buckaroo ways.