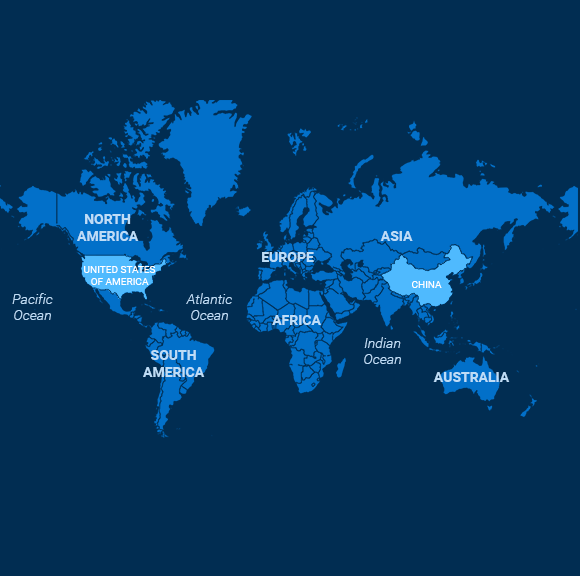 American and Chinese officials announced a preliminary trade deal earlier this month, sending stocks up as traders grew more optimistic about a resolution to the biggest challenge to global commerce in years.

But most coverage threw a wet blanket over the positivity: The preliminary agreement doesn’t necessarily bring the world to the status quo ante bellum.

Here is a nice overview of the trade war from the BBC. In the preliminary agreement, the US agreed to cut tariffs on Chinese products while China agreed to increase purchases of American goods while also adhering to tougher proposed rules on intellectual property and other issues, Politico explained.

Few observers believe this agreement will end the hostilities, however.

Which isn’t to say folks from Beijing to Shanghai were celebrating, either. State-owned media viewed the deal as a new beginning, reported the Sydney Morning Herald. On social media, though, many Chinese folks expressed worries that their leaders had given away too much for too little in return, noted Foreign Policy.

Writing in the South China Morning Post, economist Aidan Yao said the trade war had forced China to think more independently and globally. He was concerned about whether that new perspective was good or bad, however. Chinese investment in the US has dropped. The number of new Chinese students coming to the US has dropped. Chinese tourism in the US has dropped. Severing ties between the world’s two most powerful countries is not a recipe for peace and prosperity, he wrote.

Speaking to CNBC, economist Mohamed El-Erian argued that the US and China would go back to sparring after the November 2020 presidential election, when either a newly empowered Trump wins re-election or his rival moves into the White House and takes up the issue. “The most likely next step is further tensions,” El-Erian said. “All we’re getting here is in both side’s interest to just have a truce for the short term.”

The truce gives Chinese President Xi Jinping space to maneuver domestically, Bloomberg reported. Undoubtedly Trump could use a pause in hostilities as he deals with his domestic challenges, too.

Whom does the truce serve? The verdict is still out. Stay tuned.

Eleven people were put on trial in secret, proceedings which were criticized for a lack of transparency.

The Crown Prince has been hailed in the West for reforming the notoriously closed-off country, but human rights organizations have criticized him for his crackdown on dissent.

Yasin Aktay, a member of Turkey’s ruling party and a friend of Khashoggi, said that the Saudi court failed to bring the real perpetrators to justice.

“The verdict neither meets the expectations of the public conscience nor the feeling of justice,” he said.

Eight West African nations will launch a new currency in 2020, replacing the controversial CFA franc which has been controlled by France and pegged to its currency since 1945, CNN reported Monday.

French President Emmanuel Macron and Ivory Coast President Alassane Ouattara announced over the weekend that France is working towards loosening supervision of the currency.

The new currency, ECO, is part of France’s plan to rebuild relations with its former African colonies.

The current CFA franc – “Colonies Francaises d’Afrique,” or French colonies in Africa – is pegged to the euro, and the former colonies have had to store 50 percent of their foreign currency reserves with France in return for France guaranteeing the currency.

The ECO will still be pegged to the euro, but West African nations won’t have to store half of their reserves with France anymore.

Ouattara noted that the adoption of the ECO will foster more business-oriented relations, free from colonial influence.

The ECO will initially only be used in the eight West African nations, while the CFA will remain in use by the six Central African nations – five of which are also former colonies of France.

Preliminary figures showed the Liberal Democratic Party of Uzbekistan (LDPU) as the winner of the Dec. 22 elections, the first polls since Shavkat Mirziyoyev was elected president nearly three years ago.

OSCE observers said that there were signs of progress, but noted several shortcomings such as restrictive political debate rules and problems with the vote count.

“The elections took place under clearly improved legislation and greater tolerance of independent voices but did not yet demonstrate genuine and full respect for election-day procedures,” said George Tsereteli, president of the OSCE Parliamentary Assembly.

Other elections observers, however, only noted little to no violations during the vote.

Since the death of authoritarian leader Islam Karimov, Mirziyoyev has vowed to usher in reforms.

Even so, all five parties taking part in the parliamentary elections support Mirziyoyev.

A Cat in the Hat

Egyptian art sometimes depicts individuals wearing an ornate cone on their heads, headgear that has baffled scientists for years.

Archaeologists have speculated on the meaning of the head cone, but a recent study revealed that they were just fashionable hats, Science Alert reported.

Researchers studied the graves of two skeletons wearing the cones, dating back some 3,300 years in the city of Akhetaten, also known as Amarna.

They explained that the headgear was made out of wax and reinforced by fabric, but it’s clear what its purpose was.

Wall art in Egypt shows the cones being worn by guests at banquets, in funerary rituals but also by people in the afterlife.

Historians initially believed that only the upper class wore them, but the graves of the two skeletons revealed that folks from humble backgrounds sported them, too.

The research team suggests that the headgear was just a fashion choice that ordinary people copied from the nobility.

Despite not answering the question about the hat’s purpose, the study debunks the idea that the cones were scented fats or religious symbols – similar to the halos found in European art.

And no, they weren’t “dunce hats.”