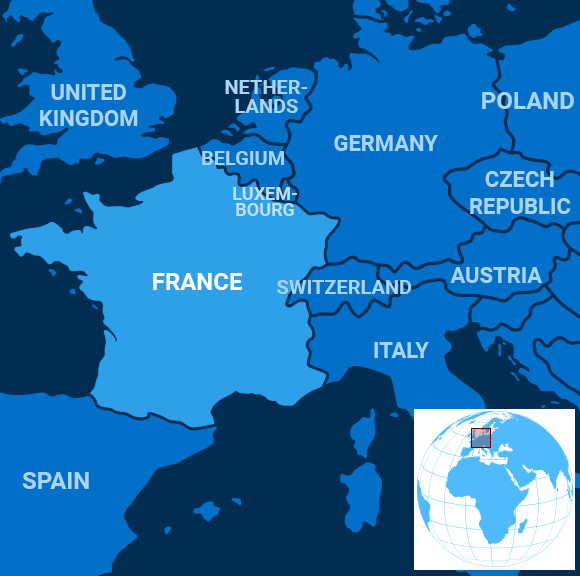 A shopkeeper decorated his Paris neighborhood with giant teddy bears recently – at cafes, metro stations, even on bicycles. Most Parisians, including the mayor, applauded the idea, saying it brought a smile to people’s faces, the Local reported.

That’s the sort of spirit France needs these days. In the run-up to Christmas, the country is experiencing a bah-humbug moment.

Since a general strike was called early this month, schools have shut their doors, rail workers have walked off the job, airline staff and opera singers have stayed home. Even the Eiffel Tower was closed. Some demonstrations have featured clashes with the police, reported the Guardian.

Arvin, a housecleaner who asked to keep his last name private, was stressing out recently as he waited for a bus that he feared might not come. “I have to get to work,” he told the Washington Times. “I don’t make money if I don’t get to work. I have a family to support.”

Offering a bleak picture of the morning commute and increased traffic congestion amid a drop in mass transit, the New York Times noted how some folks “bicycle to work in bike lanes that are now anarchic free-for-alls.”

What has set all this off is French President Emmanuel Macron’s proposed reform to the nation’s pension system. As Bloomberg reported, the president who came to office promising to make France more business-friendly has proposed merging 42 different pension systems into one and creating incentives for workers to retire at 64 rather than the current age of 62, starting in 2027.

Meanwhile, some of the 20 percent in the civil service retire in the 50s.

As a separate Bloomberg analysis explained, the changes are designed to tip the balance of the French economy toward younger folks, who might work in the gig economy or want to start businesses, rather than older workers who can expect to receive generous benefits for decades after they retire from their stable jobs.

Macron has called on the trade unionists and other protesters to declare a truce during the holidays to make life easier for travelers. But the unions have rejected that idea, Reuters reported.

Late last year, the “gilets jaunes,” or yellow vests, staged demonstrations against gas prices that brought France to a halt. The new protests appear to be less violent and the Connexion, an English-language news outlet devoted to France, noted that the numbers of strikers appeared to be decreasing lately.

As the conservative National Review wrote, Macron is standing firm because the overly generous French pension system is unsustainable and could one day soon bankrupt the country. But if strikes make people this miserable before Christmas, they might be happy to kick the can down the road to avoid pain today. But that’s been the story for decades, every time a French leader tries to reform the pension system.

Something has got to give.

Leaders of Albania, Serbia, Montenegro and North Macedonia met in Albania’s capital Saturday to discuss how to accelerate regional cooperation among the western Balkan nations in light of lingering tensions, Euronews reported.

The meeting, dubbed “little Schengen” after the EU free movement area, aims at establishing a free trade zone and at boosting the economy in the six western Balkan nations – including Bosnia and Herzegovina, and Kosovo, who did not send representatives to the meetings.

Kosovo’s President Hashim Thaci refused to join the two-day summit, arguing that the meetings were “meaningless” so long as Serbia, Bosnia and Herzegovina fail to recognize his country’s independence.

Meanwhile, Kosovo’s anti-establishment Vetevendosje movement staged protests in Tirana during the two-day event to condemn Serbian President Aleksandar Vucic as a “war criminal,” accusing him of crimes during his tenure as minister of information during the 1999 Kosovo War, local Exit.al reported.

While little concrete came out of the meeting, analysts say it is a start, and it is about time. They noted the leaders have agreed to meet in Serbia next time around to lay concrete plans for the grouping, with the help from the World Bank and the European Commission.

Argentine lawmakers approved an emergency economic reform package over the weekend in a bid to boost the country’s economy, reduce poverty and lower inflation to stave off fears of default by nervous creditors and international markets, Reuters reported.

The law was approved by both the houses, less than two weeks after moderate Peronist Alberto Fernandez took office.

The reform is meant to show creditors that Argentina will see sustainable growth in the future as the economy is expected to shrink for a third straight year in 2020.

Fernandez aims to restructure talks on about $100 billion in debt owed to bondholders and the International Monetary Fund.

He also plans to achieve fiscal equilibrium in 2020 and put an end to government subsidy cuts under the previous President Mauricio Macri.

“This bill represents a new type of fiscal adjustment for Argentina in that it is focused on taxing the rich,” said analyst Julio Burdman. “It combines sound economic policy with a progressive political approach.”

Cameroon’s parliament approved legislation that would grant a special status to its Northwest and Southwest English-speaking regions in a bid to diffuse the violence raging over the past few years, Voice of America reported on Saturday.

The French-speaking majority parliament agreed to grant more autonomy to the two English-speaking regions and to allow them to form their own governmental institutions and select local elected officials.

French-speaking government officials said that the law aims to end violence in the region and boost economic and cultural integration.

English-speaking lawmakers, however, denounced the bill and said the bill doesn’t offer them legislative powers and financial autonomy.

The bill was initially proposed a few months ago by President Paul Biya during the so-called grand national dialogue to resolve the conflict that has killed at least 3,000 and displaced 500,000 since 2017.

Crocodiles are good swimmers, but it turns out some are also good runners that can gallop – like horses.

Veterinary scientists recently discovered that several species of crocodiles can gallop when they reach top speeds, the Guardian reported.

Researchers recorded videos of over 40 crocs from 15 different species galloping down a runway.

They reported in their study that nearly all species had a top speed of about 11 miles per hour, but noted that larger crocodiles were less likely to gallop.

The authors believe that this horse-like gait first emerged in crocodiles’ ancestors, the ancient land-dwelling crocodylomorphs, which were cat-sized creatures with long legs.

Hutchinson added that galloping has emerged many times through evolution in different species, as an energetically efficient way to get around – some spiders and toads can also gallop.

Scientists noted that while crocodiles would gallop their way to safety, their alligator and caiman cousins would stand their ground.

“The caimans and alligators tended to just sit there and hiss and fight,” said Hutchinson.