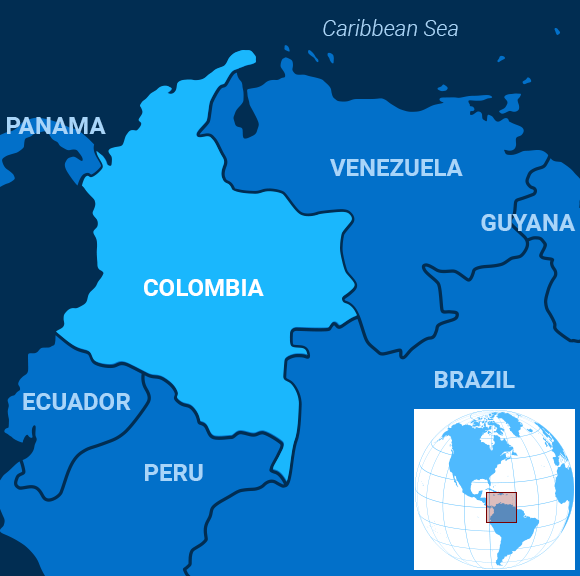 Unfortunately, the benefits of his vision have failed to materialize for many Colombians.

The South American country’s economy has grown in terms of gross domestic product, but unemployment has increased to 9.8 percent, compared to 8.6 percent in 2017, Americas Quarterly wrote. Many Colombians who achieved middle-class status fear they are going to fall back into the poverty of their youth.

The deaths of social activists, indigenous people and former rebels have also fueled sentiments that the government isn’t doing enough to rein in corrupt officials, paramilitaries, drug dealers and others, the Nation wrote.

When news broke that Duque planned to gut the public pension system and decrease the minimum wage for workers younger than 28 years old, trade unions, student and indigenous groups rose up in anger, reported the Washington Post.

But he hasn’t curbed a police crackdown that has arguably fanned the flames of civil unrest, and which comes shortly after his promises of peace, according to the North American Congress on Latin America, which has extensively covered the inequity and state violence that has plagued Colombia over the years.

Instead, some elite security forces are accused of kidnapping protesters, the Guardian reported. The cops reportedly pull demonstrators into unmarked cars, sometimes releasing them later, sometimes not. Videos of the abductions revived memories of police, drug lords and terrorists kidnapping and disappearing more than 150,000 people between 1986 and 2017, with as many as 80,000 still unaccounted for.

Meanwhile, many former rebels are taking up arms again, saying Duque is failing to protect them from paramilitaries, which was one of the conditions of the 2016 peace accord that brought an end to years of civil war between Colombia’s central government and the Revolutionary Armed Forces of Colombia, or FARC.

Protesters want the government to avoid more bloodshed and implement the 2016 peace accord fully.

“There is an urgent need to push the peace agenda before the situation on the field deteriorates to the point where war resurges, a war that many had thought of as over,” wrote openDemocracy.

As World Politics Review pointed out, Colombia is just one of many Latin American countries today where income disparities, corruption, crime and local politics have sparked protests, clashes and riots.

It’s Duque’s moment to seize the opportunity to fulfill his promises – or waste it.

Jean-Paul Delevoye’s resignation fell on France’s 12th day of strikes over pension reforms, with unions vowing to step up their protests unless the government withdraws the plan.

Delevoye, the high commissioner for pensions, was one of Macron’s most trusted and experienced allies: He joined the cabinet in September after submitting a report recommending that the retirement age for receiving a full pension should be raised by two years.

He resigned after failing to publicly declare that he held more than a dozen posts, including his cabinet position, as required by law.

Among the 13 posts he held, Delevoye was also a voluntary administrator for an insurance training institute, a sector that could benefit from the planned pension reform.

“This project is essential for France,” he wrote in his resignation letter. “My staying on would weaken it.”

Israel signed a permit to export natural gas to Egypt on Monday becoming a major energy exporter for the first time, the Associated Press reported.

Israeli Energy Minister Yuval Steinitz called the permit a “historic landmark”: It’s considered the most significant economic cooperation project with Egypt since the signing of the 1979 peace deal.

The announcement comes a few days before a profitable Israeli gas field in the Mediterranean Sea is expected to go online. The move is also part of Israel’s efforts to move away from coal and transform its economy.

The transition to gas is also expected to preempt Iranian ambitions to use Syria as a gateway to the Mediterranean and supply the European Union, which is seeking to reduce its dependence on Russian gas.

Activists, however, have criticized the Israeli government for being too generous toward gas tycoons and for not focusing development on renewable energy resources.

Aside from economic incentives, gas is also expected to improve relations with neighboring countries, especially Egypt where there is broad support for the Palestinian cause.

Authorities arrested more than 80 people in Kazakhstan Monday as protesters took to the streets of the capital Nur-Sultan and also Almaty, calling for more civil rights and the release of all political prisoners, Radio Free Europe/ Radio Liberty reported.

Demonstrators called for the removal of former President Nursultan Nazarbaev, who resigned in March but still controls the country’s ruling Nur-Otan party and the influential Security Council.

They also demanded that local governors and judges be elected, instead of being appointed by the government.

The demonstration, falling on the country’s independence day, also coincided with the 33rd anniversary of mass anti-Soviet demonstrations and the eighth anniversary of a deadly police crackdown against protests by oil workers in the southwestern town of Zhanaozen.

Nazarbayev successor, Kassym-Jomart Tokayev, has said he would liberalize laws governing protests, but such changes have yet to be implemented, according to Reuters.

Saturn’s moon Titan might be millions of miles away from Earth, but scientists are able to simulate its freezing conditions on our planet.

During one of their recent experiments, researcher Morgan Cable and her team created a new “mineral” that has never been found on Earth, National Geographic reported.

In their study, researchers noted the unknown mineral is a combination of acetylene and butane, both likely common on Titan.

On Earth, both compounds are gases at room temperature and pressure, so researchers mixed the two substances in a small freezing chamber at temperatures hundreds of degrees below zero Fahrenheit, simulating conditions on Titan.

The gases condensed and crystallized into a new product – technically a “co-crystal” – that doesn’t naturally form on our planet but might be present on the surface of Titan.

The team then tested the substance and reported that under Titan’s conditions, it was stable.

At the moment, scientists can’t determine if the substance really exists in Titan, however.

That’s a job for NASA’s Dragonfly mission, which is slated to land on Titan in 2034.

Nevertheless, the study offers new insights into the complexity of how the physical features of far-away worlds form and evolve.

“You can’t understand Earth if you don’t take into account the chemical and mineralogical diversity of it,” said Baptiste Journaux, who was not part of the study. That’s true of other worlds, too.