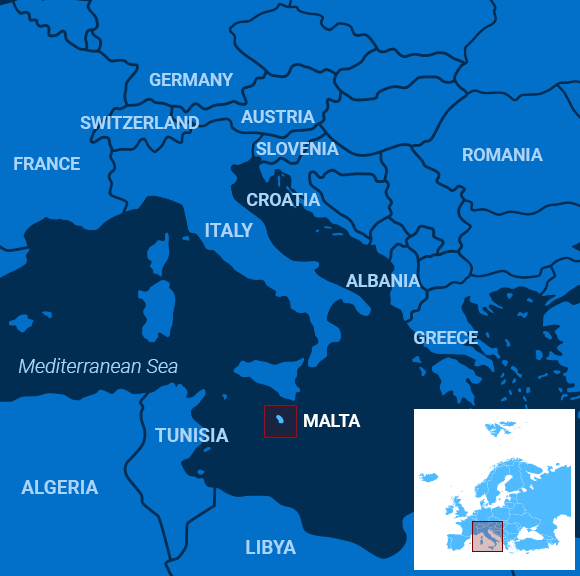 Two years ago, journalist Daphne Caruana Galizia published a blog post about her investigation of corrupt politicians in Malta.

“There are crooks everywhere you look now,” she wrote, according to the Washington Post. “The situation is desperate.”

A half hour later, she died after a bomb exploded in her car.

Now, many are wondering whether democracy in the tiny Mediterranean island nation died along with her.

At a time when Brexit; the refugee crisis and other internal challenges are threatening the European Union, “what is happening in Malta is the most glaring example of the failures of rule of law and separation of powers in Western Europe,” the Atlantic wrote.

As the Daily Beast explained, Caruana Galizia was writing about a complex web of Maltese connections to the Panama Papers, a trove of documents detailing offshore tax shelters. Before she died, she was close to implicating officials close to Maltese Prime Minister Joseph Muscat in the schemes.

Her three alleged killers were caught. But they were clearly pawns in a conspiracy.

In November, businessman Yorgen Fenech was arrested and charged with ordering Caruana Galizia’s murder, the Economist reported. He denied the charges.

But, based on testimony of an accused middleman in the conspiracy, Fenech allegedly paid a taxi driver around $166,000 to hire the assassins. Fenech has also reportedly talked to authorities, claiming that Muscat’s chief of staff, Keith Schembri, attempted to hinder police investigations. On her blog, Running Commentary, Caruana Galizia referred to Schembri as “that crook.”

Schembri denied any involvement. But recently, after he resigned from office, police briefly arrested and questioned him and others in connection with the murder.

Tourism Minister Konrad Mizzi and Economy Minister Chris Cardona also stepped down amid revelations that they benefited from shell companies mentioned in the Panama Papers. Both deny any wrongdoing, and Cardona was later reinstated.

The noose is tightening around the Maltese government, but protesters on the island’s streets believe they must remain vigilant.

Muscat has promised to resign in January, the Associated Press wrote. But many think that’s not soon enough. Lawmakers in the European Parliament, for example, wrote a letter to leaders of EU countries saying that Muscat’s delayed exit “constitutes a serious risk, real or perceived, the murder investigation and connected investigations will be compromised,” reported Reuters.

Malta is not a third-world country or even a former communist country struggling to find its identity and reform civic institutions. It’s a wealthy redoubt where one would think the rule of law would be respected. Instead, it’s a haven for fraud, corruption and murder. “If reporters can be killed there with impunity, they can be killed anywhere,” the New York Times wrote in an editorial.

The truth is at stake.

Delegates from nearly 200 nations called for more action against greenhouse emissions and help for countries affected by climate change during the two-week marathon meetings at the UN’s 25th Conference of the Parties (COP25).

Negotiators, however, ended the talks without properly resolving one of the talks’ thorniest issues: How to deal with carbon emissions.

Environmental activists described the pledges as “watered down and weak,” while scientists argued that they fell short of what scientific evidence says is needed to tackle the climate emergency.

Meanwhile, negotiators decided to postpone the issue of tackling carbon emissions in the 2020 meeting in Glasgow.

“Never have I seen the almost total disconnect we’ve seen here at COP25 in Madrid between what the science requires and the people of the world demand,” said Alden Meyer, strategy and policy director for the Union of Concerned Scientists.

Slap On The Wrist

A Sudanese court found former Sudanese President Omar al-Bashir guilty of corruption and sentenced him to two years in a social reform facility on Saturday, the BBC reported.

The judge said that Bashir, 75, won’t go to prison because Sudanese law does not allow people over the age of 70 to serve jail terms.

Bashir claimed that the payment was part of Sudan’s strategic relationship with Saudi Arabia, and was “not used for private interests but as donations.”

His lawyers vowed to appeal and argued that this trial was a “political” one.

The former leader, who was ousted in April after anti-government protests, is also wanted by the International Criminal Court for war crimes during the 2003 conflict in Darfur.

It remains unclear whether he will be tried on these charges.

Thousands of people rallied on the streets of Bangkok Saturday against the government’s plan to ban an opposition party in one of the largest protests since the 2014 military coup, Reuters reported.

Thanathorn has emerged as one of the biggest critics of the government of Prayuth Chan-ocha, a former military ruler, following an election in March that the opposition said was manipulated to favor the army.

He told crowds that this protest was “just the beginning” and warned the government that “the real thing is next month.”

Thanathorn also signed an agreement with six opposition parties over the weekend promising to push for changes to the constitution drawn up by the junta prior to the election.

Humans are responsible for animal domestication, but a recent study suggests they also domesticated themselves.

The BAZ1B gene is present in all animals and is involved in shaping facial features and personalities, and its mutations have contributed to the domestication of animals, such as dogs, which descended from wolves and developed their current “puppy eyes.”

Humans have two copies of this gene, but people with Williams-Beuren syndrome – a disorder that gives them elfin-like facial features and friendlier personalities – only have one, Science Magazine reported.

Researchers studied BAZ1B in stem cell lines from patients with Williams-Beuren syndrome and a related disorder, as well as subjects with neither disorder.

The results indicated that BAZIB made a “key contribution” to facial shape.

The team also looked at the facial differences between modern humans and the ancient Denisovans and Neanderthals, noting that BAZ1B had accumulated loads of regulatory mutations of its own in modern humans.

“We suspect the facial changes were part of a process of reduction in reactive aggression, boosting our prosocial, cooperative profile,” they told Newsweek.