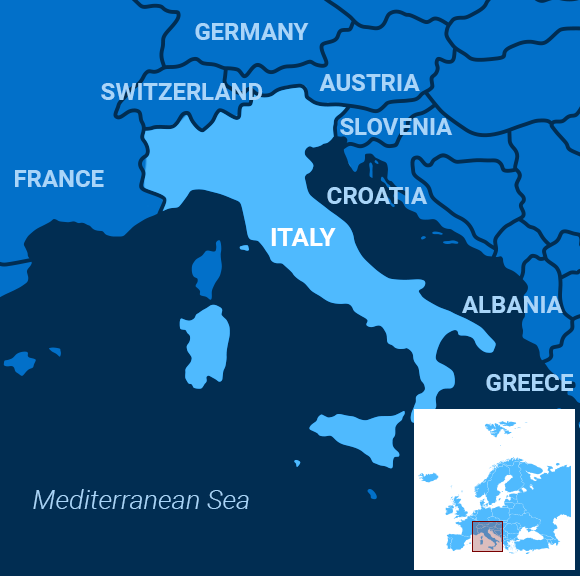 There was a poignant irony to a viral video of a tourist falling into the water in Venice while taking a selfie.

The “Queen of the Adriatic” – one of the Italian city’s nicknames – is sinking. High tides and winds caused the November deluges that covered 80 percent of the city during a so-called “acqua alta,” or “high water,” that was six feet higher than usual. But the city was especially vulnerable. As the Conversation explained, its ancient foundations are collapsing slowly while the sea levels are rising steadily due to climate change.

Venice already had been working on a massive sea barrier to halt the onslaughts of water, but the Art Newspaper noted that the city hasn’t completed the project even after spending $6.6 billion on it over the past 16 years.

Accordingly, Italians terrified over their city disappearing under the waves understandably blame government negligence, incompetence, corruption and inaction for their woes, the Local wrote. “Venetians have just endured a deep wound,” an activist told Agence France-Presse. “The flooding … brought this city to its knees and revealed its extreme fragility to the world.”

Other locals worried about how flooding would push out the few remaining residents of central Venice. Life on the lagoon and amid the canals can be hard enough in normal times. Natural disasters make some want to give up entirely. NBC News wrote about how only 53,000 people live in the city now, compared to more than 120,000 in 1966, when another big flood struck.

A particular target of some Venetians’ ire were the cruise ships that they say have been eroding their buildings’ foundations. The Telegraph dismissed that idea. But the cruise ships do unleash millions of visitors – 32,000 a day – that critics quoted by CNN said have contributed to “overtourism” that has driven up the cost of living and indirectly forced natives out.

Venice has already taken some steps to restrict tourism by instituting an ‘entrance fee’ to the city, restricting the numbers of visitors on certain days and diverting some cruise ships to a nearby port. But millions still come.

The Weather Channel had some nice footage of life amid the flooding. It strikes one immediately how the tourist industry perseveres in Venice despite the natural disaster, with travelers walking on ramps above the waterline. St. Mark’s Square is a lake, the water smells of sewage, yet folks are sightseeing in rubber boots.

The Washington Post contrasted the tourists taking selfies with the residents in tears. “The toll of repeated inundation is mounting. … Life in one of the world’s most improbable and spellbinding cities is becoming unviable,” wrote the newspaper.

Desperately beautiful, Venice hopefully won’t turn out to be too precious to save.

I’ll Do It My Way

Sri Lankan President Gotabaya Rajapaksa suspended parliament for a month on Tuesday ahead of a parliamentary snap election scheduled for March, to give his minority government more freedom to rule without opposition from lawmakers, the Times of India reported.

Rajapaksa won the presidential elections last month in a landslide victory and is hoping to capitalize on his popularity by calling an election before the parliament’s five-year term expires in August.

The new parliamentary session will begin on Jan. 3.

Since he came to power, Rajapaksa has ordered major tax cuts to boost the economy and tourism sector, which has suffered since the deadly Easter Sunday suicide bombings in April.

He also appointed his own brother, former President Mahinda Rajapaksa, as the country’s Prime Minister, following the resignation of Prime Minister Ranil Wickremesinghe.

The brothers were responsible for ending Sri Lanka’s civil war with Tamil separatists in 2009, when an estimated 40,000 Tamil civilians were killed by the military.

Rinne was only in power for six months, but he and his fellow Social Democratic minister, Sirpa Paatero, have faced criticism in recent days for how they handled a two-week strike at the state-owned postal service Posti last month.

They were accused of providing contradictory information in the run-up to the strike over potential pay cuts.

The strike was followed by a one-day sympathy strike by the transport sector, including national flag carrier Finnair, which led to the cancellations of nearly 300 flights.

Rinne denied any wrongdoing, but said he will remain in power as a caretaker until lawmakers pick a new prime minister next week.

His resignation also prompted the formal resignation of his cabinet, with a new one taking over on Dec. 13.

The announcement also comes as Finland holds the rotating presidency of the European Union.

New Zealand’s government on Tuesday announced new laws to ban foreign donations to politicians and tighten rules for political advertising due to concerns over foreign interference in the country’s politics, Reuters reported.

The new laws will ban foreign donations over $32 to political parties and candidates, as well as require the names and addresses of those that fund election advertisements in order to reduce misinformation.

The country’s intelligence agency warned that there are risks of foreign meddling, although it did not specify where the threats originated from.

Questions about donations were previously raised in 2018 when the leader of the opposition National Party was accused of hiding a donation of about $65,000 from a Chinese businessman.

Justice Minister Andrew Little said that further measures could be taken to prevent foreign influence before the country’s general elections in late 2020.

“New Zealand is not immune from this risk,” he said in a statement.

The Grammar of Music

Music across the world is very diverse, but scientists have discovered that different cultures use the same building blocks to make melodies.

Researcher Samuel Mehr and his colleagues created a database of around 5,000 detailed descriptions of songs and their performance in 60 cultures to understand similarities and differences in music across the globe.

The researchers mainly relied on vocal songs, since the human voice is an instrument shared by people of all cultures.

Their results revealed that songs shared similar features when used in similar contexts: For example, dance songs were quicker and more joyful than lullabies.

But the main takeaway was that all cultures had melodies centered around a base tone that feels like “home” – like the starting tone in “Twinkle, twinkle, little star,” for instance.

Mehr’s study “suggests there is a biological basis that is constant across all humans, but interpreted differently in different human cultures,” said researcher W. Tecumseh Fitch, who was not involved in the study.