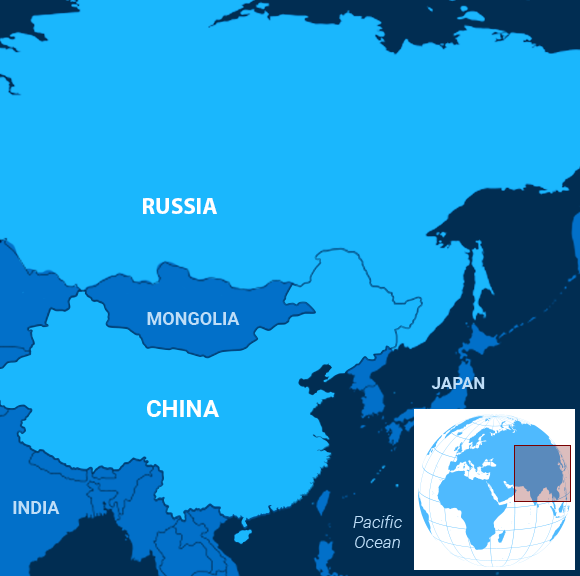 Friends, but not Besties

An alliance between China and Russia has long worried American strategists.

But those fears have been based on hypothetical scenarios because leaders in Beijing and Moscow historically have been suspicious of each other while they grapple with divergent geopolitical and economic interests.

As China’s economic heft has grown and Russia has sought to reassert itself, the two giants are increasingly cooperating with each other.

The two countries are working on a joint lunar mission, Space.com reported. Russian farmers are supplying soybeans to China amid the US trade war with the world’s most populous country. China is also exhorting Russia to use the yuan more in commerce, arguing that the countries might bypass the US dollar and American sanctions, Forbes wrote.

Russian and Chinese diplomats, meanwhile, are also working on a plan to bring peace to the Korean peninsula, reported Tass, the state-owned Russian news agency. Axios wrote about how the two countries also recently convinced the United Nations to adopt an anti-cybercrime rule that allows governments to block websites, despite the objections of American officials.

New Chinese and Russian weapons that can strike American bases almost anywhere on the planet are also changing the paradigm that has framed US military policy since the end of World War II.

China is arguably depending on Russia to help it achieve “strategic stability” with the US, particularly vis-à-vis its nuclear deterrent, Mathieu Duchâtel, director of the Asia program at the Paris-based Institut Montaigne, argued in the South China Morning Post. Coupled with growing Chinese influence in Russia’s Far East and former Soviet republics in Central Asia, one could contend that Russia is the junior partner in the relationship, the Economist noted.

Russia needs Chinese markets, especially for selling oil and gas at a time when Western governments are punishing Russia for invading Ukraine, interfering with American elections and poisoning a former spy in Britain, CNBC reported.

Indeed, if China and the US patch up their differences over trade, Chinese President Xi Jinping might dump Russian President Vladimir Putin. “The truth is, neither Xi nor Putin is starry-eyed about their bromance – nor can they afford to be,” wrote Foreign Policy magazine. “Great powers do not mate for life.”

After all, the US and China have intertwined economies, for example, even though they’re at loggerheads. And the Daily Sabah, a Turkish pro-government newspaper, ran an op-ed suggesting that Russian leaders already resent Chinese incursions into Central Asia.

Many say it’s a marriage of convenience. And while the closeness and even collaboration could shatter some world norms, there’s an underlying mutual distrust and dislike between the two that’s going to make it difficult to stay the course.

Lebanon repaid a Eurobond worth $1.5 billion Thursday that was scheduled to mature, alleviating concerns that the country might default while suffering the worst financial crisis in decades, the Associated Press reported.

A Finance Ministry official did not provide details about the payment, but local media reported that the amount was paid from Lebanon’s Central Bank reserves.

The country has one of the highest debt ratios in the world – 150 percent of the GDP – and the government has imposed unprecedented capital controls that have forced businesses to close and increased unemployment.

The announcement came as a top Arab League official arrived in Lebanon to see how the organization could help the country solve its political crisis – nationwide protests over the economic situation and against the government have been going on for weeks.

Specifically, the protests began last month over new taxes, but soon evolved into calls to remove the entire political elite.

The protests forced Prime Minister Saad Hariri to resign in late October, but the move has plunged the country into further uncertainty as politicians continue to fail to agree on the makeup of a new government.

Russian officials denounced Thursday the recommendations from the World Anti-Doping Agency (WADA) committee that the country be banned from international sporting competitions – including the next two Olympic games – over doping scandals, Agence France-Presse reported.

The recommendations, if implemented, would prevent Russia from participating in the next two Olympic Games, and world championships in several sports.

Foreign ministry spokeswoman Maria Zakharova said on Thursday that foreign nations are pursuing doping claims so they don’t have to compete against Russian athletes.

“This is about the politicization of this issue in order to squeeze Russia out,” she said. “There is a term for such a thing: unfair competition.”

Russia was previously banned by the International Olympic Committee from last year’s Pyeongchang Winter Games after allegations over state-sponsored doping at the 2014 Sochi Olympics.

WADA’s committee added that Russian athletes without a history of doping can compete in major international events as neutrals, Reuters reported.

The agency will reach a final decision over the recommendations on Dec. 9.

Greenhouse gas emissions have been steadily rising over the past decade despite action taken over the past few years to increasingly reduce CO2, according to a United Nations report released earlier this week.

The annual report revealed there is a major disparity between how the clean the world’s economies are in relation to how clean they need to be, noting that global CO2 emissions grew by two percent in 2018, NPR reported.

Authors noted that countries need to implement “deeper and faster cuts” to keep Earth from warming further and need to reduce emissions three to five times more than they already have.

The report comes just a few weeks before world leaders meet in Madrid for the annual Conference of the Parties to the U.N. Framework Convention on Climate Change to discuss larger commitments to reduce greenhouse gases.

Under the 2015 Paris climate agreement, countries agreed to keep the planet from warming more than 3.6 Fahrenheit degrees, but several nations, including the United States, China and Canada, are lagging behind.

Following the report, the European Parliament declared a climate emergency Thursday as a symbolic gesture to pressure member states to pass more legislation to curb emissions.

Of Pooches and Clocks

Science has figured out how to convert dog years to human years – at least for one breed.

In a recent study, researchers studied genetic material from more than 100 Labrador retrievers of various ages to better understand the epigenetic clock that controls how dogs age, Popular Mechanics reported.

Scientists analyzed DNA methylation – the chemical modifications to certain DNA segments – which in humans can reveal the impact of disease, lifestyle and genetics on DNA.

DNA methylation allows researchers to better understand how people age, and the modifications have been observed in other animals, such as mice and wolves.

The research team noted that certain segments in the Labrador and human genomes showed similar rates of methylation, which means that dogs and humans age in similar ways.

Dogs’ epigenetic clocks tick much faster than the human one, but canine and human life stages sync up: For example, puppies and babies start teething at nearly the same equivalent age.

Now, to properly measure this in human years, scientists have come up with a simple formula: multiply the natural logarithm (ln) of the dog’s age in human years by 16 and then add 31.

Researchers now hope to expand their study to include more dog breeds to increase the accuracy.