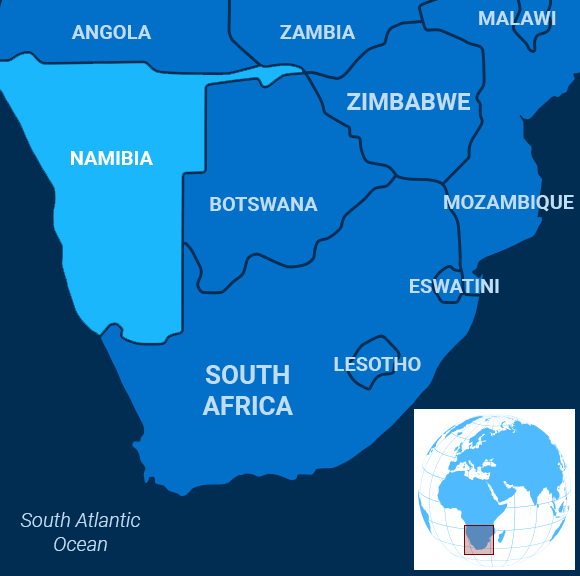 Something Fishy Going On

What does an Icelandic fisherman have to do with Namibia’s presidential election?

Plenty, it turns out.

Namibians go to the polls Wednesday, and usually Namibian elections are predictable, explained African Arguments. The South West Africa People’s Organization (SWAPO), a political party that fought for the southern African country’s independence in 1990, almost always wins. In 2014, party nominee Hage Geingob won the presidency with a whopping 87 percent of the vote.

This year was unusual.

First, the economy has been shrinking since mid-2016, reported Bloomberg, prompting Geingob to institute unpopular austerity measures, like turning off the video feed for parliamentary debates. The measures have reduced spending at a time when droughts are also punishing the country’s farmers.

Second, amid the economic pain, a dentist named Panduleni Itula ran a surprisingly dynamic campaign against the president. As the local news outlet the Namibian explained, some voters viewed Itula as a savior from Geingob’s “corruption-hit administration,” where officials accused of graft never seem to face justice.

Others, however, suspected Itula was a potential SWAPO plant supported by party members who are seeking to knock the president off his perch, a sign that Geingob might be weaker than SWAPO leaders might normally assume.

Third, earlier this month, Namibia’s ministers of justice and fishing resigned amid a scandal in which they allegedly awarded Iceland-based fishing company Samherji the rights to harvest horse mackerel in exchange for $10 million in bribes, reported Reuters. Angolan officials and a South African investment firm were also implicated.

The revelations followed WikiLeaks’ release of the Fishrot Files, a batch of e-mails, corporate and government reports, photos and other documents outlining the scheme.

Samherji’s chief executive, Thorsteinn Mar Baldvinsson, stepped aside pending an investigation, the Guardian wrote. Icelandic Prime Minister Katrin Jakobsdottir said the allegations, if true, were “cause for great concern for Icelandic industrial activity” that “could affect the nation as a whole.”

Less than a week before voters headed to the polls, Geingob issued a warning about foreign interference in the election, Xinhua reported. In the warning, his spokesman complained of negative articles “curiously” appearing as voters made up their minds about their future head of state.

Such complaints are common for incumbents who, under pressure, are reluctant to take responsibility for their own record. Voters don’t appear to be buying it, smelling something rotten.

Thousands of German farmers drove their tractors to the capital on Tuesday, protesting against the government’s new environmental regulations that they say threaten their livelihoods, Agence France-Presse reported.

Chancellor Angela Merkel’s government approved several agricultural policy changes in September including limiting the use of fertilizers in order to tackle nitrate pollution in groundwater, and phasing out the controversial weed killer glyphosate by 2023 to protect insect populations.

However, farmers say the changes go too far and add they are tired of being cast as villains in the fight against climate change.

Even so, agriculture is a main contributor to CO2 pollution.

Meanwhile, similar demonstrations have taken place in other German cities and also in France and the Netherlands.

China’s government blamed foreign interference for the results of the Hong Kong district council elections, in which pro-democracy candidates won the 392 out of 452 seats in a landslide, the Wall Street Journal reported.

Government officials accused foreign countries, including the United States, for orchestrating a sabotage campaign but offered little evidence to back up the claims.

Analyst Adam Ni told the Journal that the election results were a surprise for Beijing, which was expecting a more positive outcome following Sunday’s poll.

“This will be another wake-up call to Beijing,” he said.

Hong Kong leader Carrie Lam acknowledged the results, but added “it was not for the government to interpret the result,” suggesting that the governments in mainland China and Hong Kong won’t change their policies as the pro-democracy opposition has demanded.

Hong Kong has been gripped by protests for nearly six months following a now-scrapped extradition bill, which later turned into a movement against China’s interference into the island.

Beijing previously set up a crisis command center near Hong Kong to monitor the situation, but is now considering replacing the body’s director after the recent setbacks, Reuters reported.

The Ties That Strangle

Malta’s government was rocked Tuesday by the resignations of two high-ranking officials amid a probe into the 2017 murder of crusading journalist Daphne Caruana Galizia, the Guardian reported.

The prime minister’s chief of staff Keith Schembri and Tourism Minister Konrad Mizzi handed in their resignations, while Economy Minister Chris Cardona suspended himself until the investigation is finalized.

Galizia had previously accused Schembri and Mizzi of corruption and of taking control of secretive Panama shell companies soon after entering office.

Schembri was facing renewed pressure after last week’s arrest of Maltese businessman Yorgen Fenech with whom he had allegedly had a business relationship. Fenech was arrested for alleged bribery and influence peddling.

Caruna Galizia died in a bomb explosion as she was investigating 17 Black, an offshore company owned by Fenech.

A Reuters investigation revealed that 17 Black was due to make payments to the shell companies owned by Mizzi and Schembri.

Both former officials denied any wrongdoing.

Cardona, however, said he had no connection to Caruana Galizia’s case, but felt compelled to suspend himself in the national interest after police continued to question him.

Grandma’s traditional soup is the go-to home remedy when suffering from the flu.

It turns out that such cherished special broths can help fight deadlier diseases, like malaria, CNN reported.

He and his team collected more than 50 homemade broths from different cultures – made from chicken, beef or vegetables – and tested their restorative properties.

“We decided the difference (between a herbal remedy and true medicine) is evidence: If you take a natural remedy and you test it and it works, it’s now also a medicine,” said Baum.

In their study, they tested the broths against P. falciparum – the deadliest malaria parasite – and found that some of the home remedies were quite effective.

While the soups didn’t specifically kill the pathogen, Baum hopes that the study can shed more light on the effectiveness of home remedies.

“It just shows that there may be medicines yet to be discovered and we shouldn’t turn our eyes up at traditional medicine just because it’s not tested yet,” he said.