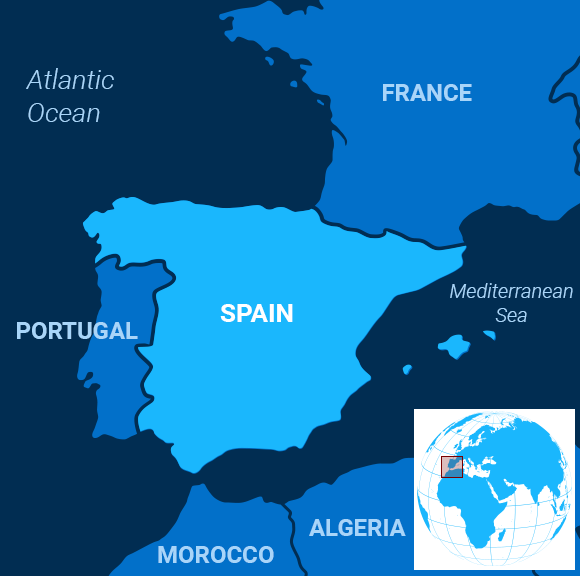 Sighing All The Way To The Polls

The weather was so cold on election day Sunday in Spain that one voting official who also happened to be an animal rights activist wore a polar bear outfit. Some voters, meanwhile, showed up in Star Wars costumes, reported El País.

Rather than experiencing a sense of closure about the direction of their country, the vote was somewhat inconclusive, producing a situation similar to the one it was intended to resolve.

As the BBC explained, the governing Socialists won the most seats in the election but not a majority, and three less than in the prior election. This result arguably undermines the party of Prime Minister Pedro Sanchez, who has led a caretaker government since April, when voters similarly failed to give any party sufficient votes and he formed a minority coalition.

Sanchez is now again in the position of having to scrape together disparate allies to rule. Euronews produced a list of possible combinations. Sanchez made a plea after the vote. “I would like to make a call to all the political parties because they need to act with generosity and responsibility in order to unblock the political situation in Spain,” he said.

It wasn’t supposed to be this way. Sanchez had called for a new election – the fourth in four years – for the express purpose of seeking a mandate so he could deal with pressing issues like civil unrest over Catalan independence and economic stagnation. Instead, “Spain is more ungovernable than ever,” wrote Bloomberg.

After the results were announced, Vox leader Santiago Abascal triumphantly told his supporters that they had opened up “all the prohibited debates,” reported the New York Times.

Violent protests in Catalonia might have helped Vox, the Financial Times reported. Unrest in Barcelona and elsewhere in the region exploded after a Spanish court sentenced the leaders of an arguably illegal 2017 pro-independence referendum to prison. Abascal has called on the central government to declare an emergency in Catalonia that would allow officials to suspend basic rights in their crackdown on separatists.

The exhumation and transfer of the body of former dictator Francisco Franco from a national monument to an ordinary cemetery was also controversial, giving closure to some Spaniards but enraging other conservative voters. Vox has sought revive Francoist tradition, noted Al Jazeera.

Turkey said Monday it deported two foreign members of Islamic State and is planning to deport more detainees in a program that has caused tension with its NATO allies, Reuters reported.

Turkey’s Interior Ministry confirmed that a German and an American national were deported on Monday but did not specify where they were sent. Turkey has captured almost 300 militants in its offensive on northeastern Syria and holds hundreds more.

Last week, the ministry said that it would send foreign IS militants back to their native countries, and urged European countries to take back their citizens: Europeans have been reluctant to do so.

The move is further straining relations between Turkey and NATO and the European Union: Both have criticized Turkey’s offensive in northeastern Syria against the Syrian Kurds last month, which followed US President Donald Trump’s decision to withdraw US troops.

The Western allies argued that the offensive would hinder the fight against IS and could result in its resurgence.

The Gambia filed a suit against Myanmar at the International Court of Justice (ICJ) Monday, accusing the country of “committing genocide” against the Rohingya minority and urging the court “to stop Myanmar’s genocidal conduct immediately,” Al Jazeera reported.

The case was filed by the small West African nation on behalf of the Organization of Islamic Cooperation and alleges that Myanmar’s actions “are genocidal in character because they are intended to destroy the Rohingya group in whole or in part.”

The move was the latest act of condemnation against Buddhist-majority Myanmar, whose military launched a brutal campaign against the Muslim-majority Rohingya in August 2017 and forced more than 700,000 to flee to neighboring Bangladesh, where most remain.

A United Nations fact-finding mission in Myanmar reported in September that the southeast Asian nation should be held accountable for genocide against the Rohingya.

Meanwhile, a prosecutor at the International Criminal Court – no relation to the ICJ – asked judges in July to open a formal investigation into Myanmar’s actions against the Rohingya.

Myanmar officials, however, have called the UN fact-finding mission “one-sided” and have rejected calls to prosecute its top generals for genocide.

The Chilean government agreed to write a new constitution to replace one dating back to the Pinochet era, fulfilling a key demand of protesters who have been on the streets for weeks, Channel News Asia reported Monday.

Interior Minister Gonzalo Blumel announced the drafting of a new constitution after meeting with a coalition of center-right and right-wing parties Sunday, which had initially been reluctant to change the constitution.

The current constitution has undergone more than 200 changes since it came into force in 1980 during the regime of Augusto Pinochet.

President Sebastian Pinera said the new constitution will provide “a better definition of human rights” and clarify “the obligations of the state.”

What it won’t do is establish the state’s responsibility in providing education and healthcare – two other key demands of protesters.

Unrest in the South American nation began last month over a hike in metro fares but soon evolved into demonstrations against rising living costs and income inequality.

Most polls show that a majority of Chileans support the demonstrations and the protesters’ demand for constitutional reforms.

Ants might generally eat grain seeds and sugar crystals, but they also feed on other invertebrates, including other insects.

It turns out that they are also able to eat fallen comrades when survival depends on it, Newsweek reported.

In a recent study, scientists reported that a colony of wood ants trapped inside an old nuclear weapons bunker in Poland survived solely by eating the corpses of their nestmates.

The cannibal colony was originally discovered in 2013 and came from another nest built above a vertical ventilation pipe for the bunker.

Every year a large number of ants would fall down the pipe and become separated from the main colony.

The Polish researchers estimated that the bunker colony might have reached up to one million ants, despite the bunker’s harsh conditions – without heat, light or a food source.

“They were merely surviving and continuing their social tasks on the conditions set by the extreme environment,” the team wrote.

The researchers later installed a boardwalk near the ventilation pipe which allowed the ants to reunite with their original colony.

The study shows the ability of ants to survive in extreme habitats, but also gives a better understanding of “their unquestionable eco-evolutionary success.”