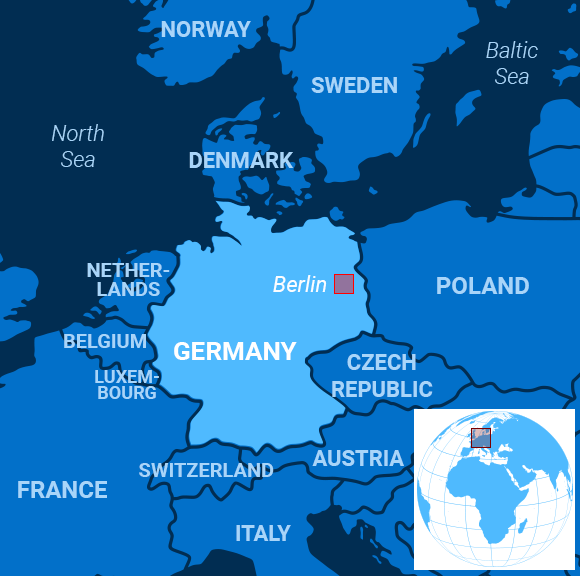 Of Falling Walls and Soaring Rage

Americans view the fall of the Berlin Wall 30 years ago as an unequivocal triumph, a victory of democracy over totalitarianism.

German journalist Sabine Rennefanz is more ambivalent. The daughter of an East German metal worker who lost his job after the wall fell, she watched as her neighbors’ hope turned into bewilderment as the relative economic security they experienced under communism gave way to the competition and inequality that’s a feature, not a bug, of capitalism.

“The unification of Germany was not between equals but between a poor, community-orientated, working-class society and a wealthy, middle-class society that prized self-improvement,” Rennefanz wrote in the Guardian.

As Human Rights Watch noted, East Germany, in escaping the orbit of the Soviet Union, undoubtedly advanced free speech, the right to privacy and other liberties that everyone should enjoy.

But, as citizens of the industrialized Western democracies can attest, the fall of the Berlin Wall did not inaugurate global utopia. In the victorious US, for example, Americans arguably are as bitterly divided over their politics as ever.

“Less discussed is what the US itself lost on that day,” wrote Financial Times opinion writer Janan Ganesh. “It lost a unifying enemy. As long as the country was menaced from outside, there was a natural limit on its internal squabbles.”

Authoritarianism, meanwhile, is thriving. China recently rolled out a 5G mobile telecommunications network that’s larger and more advanced than anything in the US, reported CNBC. Dependent on Russian oil, Europeans are funding the regime of President Vladimir Putin even as his soldiers seize parts of Ukraine.

Such developments have undercut the spirit of optimism prevalent in Germany after the wall fell, Agence France-Presse reported. German nationalism is on the rise. The far-right Alternative for Germany party is increasingly popular – it more than doubled its share of the vote in three recent elections. Meanwhile, skepticism over the European Union – an institution designed to avoid repeats of world wars and Cold War-era conflicts – is rampant.

A little history might put the world’s current state into perspective.

East Germany built the wall because so many of its citizens were fleeing to the West, the BBC explained.

They were voting with their feet in large part because the Soviet economic model was collapsing. Leaders in Moscow couldn’t retain control as their toadies in Eastern Europe faced an upsurge in reform movements. Faced with repression and a lack of economic opportunities, folks wanted change. Then the wall fell more quickly than anyone could imagine, the New Statesman noted.

And for a moment, the unthinkable happened and hope took flight – and soared. And yes, for a moment, for many, the world did get better.

Even so, the world never was and never will be perfect. Fast-forward 30 years and witness the rise of populists and people on the streets today in dozens of capitals, underscoring soaring discontent, and rage. Global elites must take notice. Or the cynics will convince everyone the fall of the Berlin Wall only made things worse.

In a landmark judgment, the International Criminal Court sentenced Congolese warlord Bosco Ntaganda to 30 years in prison Thursday, a longest sentence ever given by the 17-year old court, the Guardian reported.

Ntaganda, 46, was found guilty for 18 counts of war crimes and crimes against humanity for acts committed while he was a key militia leader in the Democratic Republic of the Congo.

Nicknamed “the Terminator,” his atrocities included a mass killing at a village, recruitment of child soldiers, as well as rape and sexual slavery – the latter conviction being the first in the ICC’s history.

Ntaganda is also the first suspect that voluntarily surrendered to the ICC six years ago because he feared assassination after the collapse of his rebel movement.

Human rights organizations rejoiced at the conviction, arguing that the sentence will send a message to other perpetrators of war crimes and crimes against humanity considered untouchable.

Meanwhile, the eastern part of Congo still remains unstable and the violence has hindered efforts to contain an Ebola epidemic, which has killed more than 2,000 in the region since August 2018.

The United States and China agreed in principle Thursday to lift some tariffs on one other in several phases if the two countries are able to reach a partial trade deal, the Wall Street Journal reported.

“If the phase-one deal is signed, China and the US should remove the same proportion of tariffs simultaneously based on the content of the deal,” China’s Commerce Ministry spokesman Gao Feng said Thursday.

The announcement depicted a phasing out agreement as a victory for China’s government, but it remains unclear if the deal can be considered a compliance mechanism to US demands.

There are also conflicting reports from the US side as to whether there was a firm commitment to reduce tariffs.

The phase-one deal is expected to prevent President Donald Trump from imposing new tariffs next month as planned, and are considered a face-saving solution for the US to claim that it has worked out a deal with China.

Both countries have been trying for months to reach an agreement on the trade dispute, with Beijing blaming Washington for the dispute and pushing hard to extract concessions.

Hundreds of police officers took part in one of the city’s largest operations to remove camps that emerged during the 2015 refugee crisis.

Interior Minister Christophe Castaner warned Wednesday that the several camps in northeastern Paris would be evacuated “before the end of the year.”

President Emmanuel Macron’s government has vowed to take a tougher stance against France’s “lax” approach to immigration and will introduce annual quotas for migrant workers.

“We want to take back control of our migration policy,” Prime Minister Edouard Philippe said Wednesday.

Analysts argue that the move is meant to attract voters away from right-wing parties ahead of municipal elections in May 2020.

It’s generally accepted that Homo sapiens originated in Africa more than 200,000 years ago, but scientists haven’t been able to pinpoint the exact origin of our ancestors on the vast continent.

A recent study, however, argues that modern humans originated in the Makgadikgadi salt flats in southern Africa, an area that was once a fertile land where early humans thrived and expanded, Live Science reported.

A team of researchers studied genetic data from more than 1,200 indigenous Africans living in the southern part of the continent today to construct a history of one of the oldest DNA lineages on Earth: a line of mitochondrial DNA called L0.

Mitochondrial DNA, which everyone has but is passed down only by mothers, can remain unchanged for tens of thousands of years, and this allowed the researchers to argue they had pinpointed the origin of the hypothetical “mitochondrial Eve.”

The study posits that mitochondrial Eve and her offspring lived in the once-lush Makgadikgadi from 200,000 to 170,000 years ago, until climate changes encouraged them to branch out.

But the researchers added that while the study might reveal one location for the “Garden of Eden,” they acknowledged that modern humans may have had multiple “homelands” where they originated.

Some critics of the study have made the same point. They note that fossils of modern-looking humans that date back more than 200,000 years have been found in other parts of Africa, including Morocco.

The search for the garden continues.