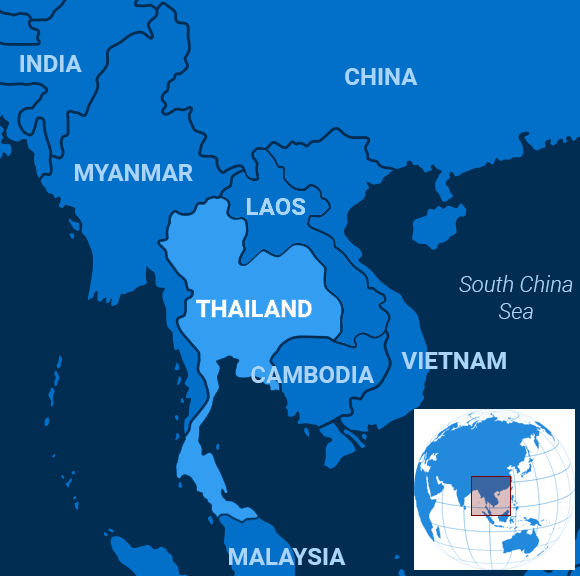 The Price of Righteousness

Fewer tourists these days are reserving hotel rooms, enjoying the nightlife, riding elephants and scuba diving in Phuket, the seaside resort in Thailand.

“I’ve never seen anything as bad as what it is at the moment,” Paul Scott, an Australian who has been visiting Thailand for years, told Agence France-Presse.

The drop-off stems from economic woes in China, the origin of more than 25 percent of tourists in Thailand. Those woes, in turn, stem from the US-Chinese trade war.

Around the globe, from Japan’s automobile assembly lines to the fjords of Iceland, where tourism has also plummeted, the trade war is taking a toll on the world economy.

At recent meetings of the International Monetary Fund and World Bank, Reuters wrote recently, central bankers lamented how American policy had shifted from promoting globalization and interwoven economies in the wake of World War II to challenging those same bonds.

Global growth this year will fall to 3 percent, the slowest in a decade, according to the IMF.

Top economists have sounded alarm bells about global financial security. The former leaders of Australia, New Zealand and Sweden penned an extraordinary op-ed in the New York Times warning American and Chinese leaders to reconcile before the damage worsens.

Some countries, like Vietnam and Argentina, might benefit from the conflict as American manufacturers seek out cheaper Asian factories and Chinese companies order foodstuffs from farmers in South America, US News & World Report wrote, citing a study from the financial services group Nomura.

But that study also suggested that Malaysia would profit from the trade war.

Instead, Malaysian Prime Minister Mahathir Mohamad might hike spending to compensate for losses amid an economic downturn, reported CNBC. After his 2018 defeat of the governing coalition that had run the country for more than 60 years, Mahathir had pledged to reduce the country’s debt.

Singapore, South Korea and Taiwan are also feeling the pinch. Companies headquartered in those developed economies often depend on Chinese labor and American markets, the BBC explained. “We are very disappointed, and in a lot of discomfort in not knowing what lies ahead,” said Joyce Seow, who runs a speaker maker in Singapore.

The PBS NewsHour investigated the origins of the trade war, speaking to a merchant in Shenzhen’s enormous Seg-e-Market. The merchant blamed US President Donald Trump for starting the conflict, yet he was also selling a Chinese brand video camera that was clearly a GoPro knockoff. GoPro is based in California.

President Trump might be right to finally get tough with China over knockoffs and other practices the way Europeans have tried to for years. But the cost of getting tough is high — how high it will go, no one is sure.

But when critics say everyone loses from a trade war, they mean everyone.

Denmark granted permission Wednesday for a joint German-Russian underwater gas pipeline to pass through its territory, removing the last obstacle to the project that has pitted Russia against the US and divided the EU, reported the Financial Times.

Nord Stream 2 would double the capacity of existing pipelines to carry natural gas and reroute European gas supplies that currently run through Ukraine – which has led to criticism from Poland and some Baltic states, who say it is designed to punish Ukraine.

Critics, including some European countries and the United States, have also argued it will increase Europe’s dependency on Russia for energy.

The US government, which wants to sell its liquefied natural gas to Europe, has threatened sanctions against companies involved in the pipeline, the Associated Press reported.

But the Danish Energy Agency said Wednesday Denmark was “obliged” to permit construction under the UN Convention on the Law of the Sea, the FT said.

The company managing the pipeline said preparatory work will start in the coming weeks – a decision some Danish officials called “disastrous for the climate and the European energy policy.”

Turkey criticized a US House of Representatives’ decision this week to recognize the Armenian “genocide” a century ago, warning that it threatens regional and international security and called it retaliation for its attack on Kurds in Syria earlier this month, Al Jazeera reported Wednesday.

Tuesday’s non-binding resolution officially recognized the early 20th century mass killings of Armenians by Ottoman Turks as a “genocide,” a label Turkey rejects and is deeply sensitive about. Lawmakers also passed a measure to impose economic sanctions on Turkey for its military campaign against Syrian Kurdish forces.

While Turkey admits that both Armenians and Turks died as a result of World War I, it rejects the label of genocide and claims that the death toll was lower than 1.5 million victims historians cite.

Meanwhile, Armenian Prime Minister Nikol Pashinyan praised the move as a “bold step towards serving truth and historical justice that also offers comfort to millions of descendants of the Armenian genocide survivors.”

A years-long attempt to establish peace in war-torn South Sudan suffered a setback Wednesday, after the opposition accused the government of “lacking the political will” to push the peace deal through, Reuters reported.

The spokesman for former rebel leader Riek Machar said the opposition has requested six months to resolve disagreements over the details of the peace plan and building a unity administration.

South Sudan, which became a country in 2011 and is the world’s youngest state, plunged into civil war in December 2013 after President Salva Kiir accused his then-vice president, Machar, of attempting a coup, resulting in a civil war that has killed more than 400,000 and sent hundreds of thousands more over the border.

After months of talks and pressure from the United Nations and the United States, a deadline was set for the formation of a temporary unity government on Nov. 12, to lead up to national elections after three years.

Since then, implementation of the broader terms of the agreement has stalled.

One key issue is that South Sudan’s government says it cannot afford to fund disarmament and the integration of rebels into the army.

US officials said this month they would not accept more delays and might impose sanctions if the deadlines are not met.

The power to become invisible has long been the stuff of science fiction, but Canadian-based HyperStealth Biotechnology Corporation is out to make it a reality.

The company is developing an “inexpensive and paper-thin” material called Quantum Stealth that it says can make people and objects invisible from certain viewpoints, the Telegraph reported.

The technology works by bending light around a target to obscure its position, thus leaving only the background visible.

The “invisibility cloak” doesn’t need a power source and has been shown to hide a target not only in the visible spectrum, but also in the infrared, ultraviolet and thermal spectra, HyperStealth said in a news release.

“One piece of Quantum Stealth can work in any environment in any season at any time of the day or night, something no other camouflage is capable of,” the company claimed.

HyperStealth – which produces camouflage for several national armies – hopes to manufacture the new stealth device for military use, but its patent is still pending.

It is not the first company that has been working with cloaking devices.

In January, declassified documents from the US military revealed a multimillion-dollar research program that funded projects on ideas like invisibility cloaks, warp drive and other sci-fi concepts.

Still, there’s no invisibility cloak, so maybe HyperStealth will become the new pioneer in stealth technology.