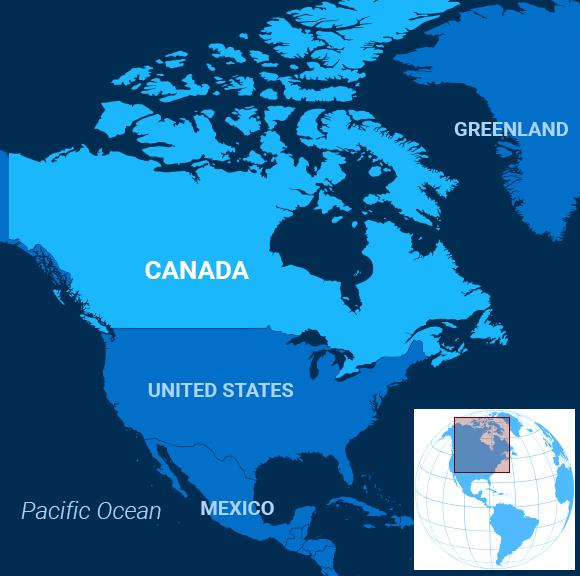 Canadian Prime Minister Justin Trudeau has cavorted in blackface or brownface at least three times. He once sang the Jamaican folk song “Day-O” while wearing the offensive makeup.

Trudeau admitted he made a mistake. But the revelations left his progressive bona fides in “ruins” in the run-up to Canada’s federal elections on Oct. 21, wrote the Daily Beast.

Perhaps former US President Barack Obama’s extraordinary endorsement of the Liberal Party premier might help Trudeau. CBS News pointed out that both leaders made issues like climate change and LGBTQ rights central to their administrations.

Luckily for Trudeau, his rivals are facing their own embarrassing situations.

Conservative Party leader Andrew Scheer and his colleagues have long criticized political opponents for holding dual citizenship. Scheer once attacked a nominee for the job of governor general, Michaëlle Jean, for holding Canadian and French passports, for example, the New York Times reported. “Would it bother you if instead of French citizenship, she held US citizenship?” asked Scheer in a blog post in opposition to Jean’s appointment.

It turns out, however, that Scheer is a dual American and Canadian citizen, the Washington Post reported. He claimed he never renewed his American passport. Since making that claim, though, the National Post noted that he has refused to explain how he traveled to the US as a citizen without a valid US passport. American law bars US citizens from entering or leaving the country without presenting their American passports to border officials, whether or not they are dual citizens.

Scheer has blasted Trudeau as a “phony” and keeps reminding voters of a federal ethics commissioner’s conclusion that the prime minister put pressure on a former attorney general to suppress the prosecution of construction and engineering giant SNC-Lavalin on corruption charges, according to the BBC. Trudeau has depicted Scheer as an anti-abortion politician who will compromise abortion rights, an unpopular stance.

Third parties like the left-leaning New Democratic Party might gain some seats, but they won’t beat out the mainstream candidates, the Nation explained.

But a coin flip won’t decide who will lead Canada. Voters will need to choose, some believe, between two flawed options.

Preliminary results released for most Swiss cantons showed the left-wing Green Party and the more centrist Green Liberal Party made significant gains in their share of the popular vote, winning enough parliamentary seats to become a significant force in the legislature, the New York Times reported.

Meanwhile, the anti-immigrant Swiss People’s Party (SVP) is projected to remain the largest force in parliament. However, it saw its share of support slip about four percent, preliminary results showed.

The right-wing populist SVP campaigned on promises to curb immigration and limit relations with the European Union, while denouncing the “climate hysteria” in Swiss politics.

The Swiss are deeply worried about climate change and see its impact in their melting Alpine glaciers, and in how an increasing number of rock and mud slides are threatening mountain communities. Last month, some held a funeral for a “dead glacier,” CNN reported.

Tens of thousands of people hit the streets of Lebanon Sunday for a fourth consecutive day, protesting deteriorating economic conditions in the country, Al Jazeera reported.

The rallies, which began on Thursday, have already led to the resignation of four government officials saying they didn’t believe the current government could create effective solutions.

Meanwhile, the protesters say they will stay on the streets until the entire government goes.

“We want everybody to join us…to topple the government,” said one protester.

Demonstrations started last week over tax hikes, specifically a proposed $0.20 tax on calls via messaging apps such as WhatsApp, commonly used by many in the country to make calls.

Finance Minister Ali Hassan Khalil announced over the weekend that the government agreed on a final budget bill that excluded any additional tax or fees in a bid to appease protesters.

Lebanon’s public debt is about $86 billion, more than 150 percent of gross domestic product, according to the finance ministry.

“I’m disappointed and angry and I know our people feel the same,” he said about the EU decision, according to Reuters.

On Friday, French President Emmanuel Macron and several EU leaders refused to open membership talks with North Macedonia and also Albania, despite concerns over increasing Chinese and Russian influence in the Balkans.

The Balkan nation had expected to be granted a date for entry talks after resolving a dispute earlier this year with neighboring Greece over the country’s name – changing it from Macedonia to North Macedonia under Greek pressure.

EU enlargement has stalled amid increased concerns over immigration and Britain’s exit from the bloc, possibly as early as Oct. 31.

Meanwhile, North Macedonia is expected to become the 30th member of the NATO military alliance later this year.

One of the dilemmas of deep frying food is what to do with all the used cooking oil.

Dumping used oil down the drain is not an environmentally friendly option and can clog up the plumbing system.

Hotels and restaurants in the Cameroonian port city of Douala had that problem, but a local chemist was able to turn their waste oil into something useful, the Voice of America reported.

His venture began in 2014 when a hotel asked him what he could do with the huge amount of waste oil it produced. His company currently produces more than 360 pounds of soap and two tons of liquid detergent per month.

Douala-based Biotex Laboratory said local hotels produce more than 5,000 gallons of waste oil per month. That makes it very important, Oden-Bella said, to convert the product into something useful in order to protect the environment.

“The more people are trained, the more people will utilize used cooking oils to make soap,” he said.  “And the more we will get to a level where we can really protect the environment from the harmful effects of used oils.”