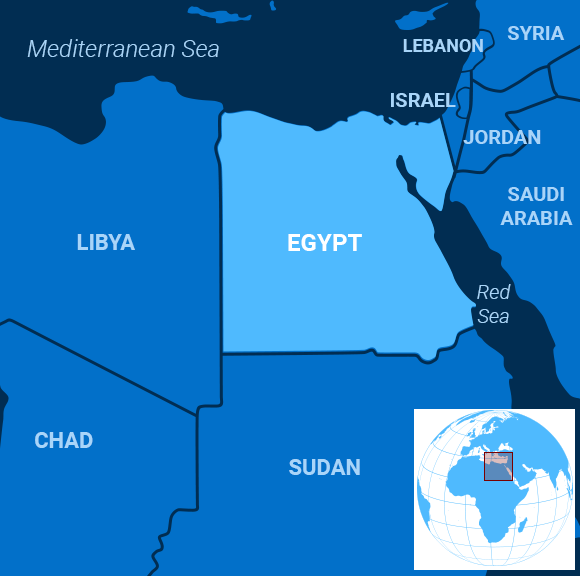 Of Pharaohs and Tin Ears

Egyptians are furious about corruption.

Their rage stems from viral videos posted by Egyptian businessman Mohamed Ali, who alleged that President Abdel-Fattah El-Sissi forced him to build luxury hotels and palaces for Sissi and his cronies in the military while failing to pay bills for other construction projects.

“You say the Egyptian people are very poor and that we should tighten our belts, but you are throwing away billions and your men are wasting millions,” Ali said in one video cited by the Organized Crime and Corruption Reporting Project.

The president’s explanations flopped. The videos unleashed years of pent-up frustrations over graft and economic stagnation. Protests, rare in Egypt under Sissi, have broken out, reported Al Jazeera. As activists called for Sisi’s resignation, the military closed down Tahrir Square, site of the demonstrations that brought down former dictator Hosni Mubarak in 2011.

The civil unrest is the “most intense political pressure” that Sissi has faced since 2013, when he seized power from Mohamed Morsi in a military coup, VICE wrote. Morsi was Egypt’s first democratically elected head of state and an Islamist whose leadership also sparked widespread disturbances.

Egypt’s state-controlled media have long told the country’s citizens that Sissi is universally popular. But, writing in Middle East Eye, media scholar Mohamad Elmasry argued that Sissi failed to provide Egyptians with more than “warmed-over Mubarakism,” a mix of dictatorship, corruption, a powerful state security apparatus and cooperation with the West in foreign policy that didn’t include solutions to the grievances that led to Mubarak’s downfall.

New York Times columnist Bret Stephens agreed, concluding that Sissi could have left office after delivering stability in the wake of the Arab Spring. Instead, he now must bear the responsibility for his people’s complaints.

Sure, he’s spending billions on a new capital and other cities to stoke economic growth. But the financing for those projects is in doubt, their benefits as yet unrealized. His austerity program – cutting spending on fuel subsidies, for example, as part of an International Monetary Fund aid package – remains unpopular today.

Meanwhile, one in three Egyptians live in poverty, an increase of 16.7 percent in the past two decades, the Washington Times reported.

Meanwhile, Egyptian security forces have arrested almost 2,000 protesters. Ali lives in Spain, out of Sissi’s reach. He loves to taunt and mock Sisi – from afar, of course.

“El Sisi is now nervous because of the demonstrations, and I am sure he is now appealing to US President Donald Trump to protect him from the next revolution,” Ali quipped.

And Trump did praise and defend the leader, the Washington Times noted.

As the protests continue, military leaders will likely consider whether they must replace Sissi to satisfy the street, wrote Lancaster University fellow Lucia Ardovini in the Conversation.

That would be something, observers say. It would show tired, cowed and frustrated Egyptians that their revolution eight years ago wasn’t a failure. Because it taught the new pharaohs of Egypt that there is danger in not listening.

The murder of a local election observer – possibly by police officers – has escalated concerns over an upcoming election that is expected to help Mozambique move past its violent history toward peace.

Election observer Anastácio Matavel was shot to death Monday after leaving a training session for observers in southern Gaza province, the Associated Press reported. Police officers are among the suspects.

The incident was the latest violence to mar the runup to the elections, said Human Rights Watch. More than 30 people have died since the start of the election campaign, and dozens more arrested, Agence France-Presse reported.

Mozambique will hold presidential elections Oct. 15 with President Filipe Nyusi running against the opposition Renamo party’s Ossufo Momade for a second term. The vote comes just two months after Nyusi and Renamo signed a permanent cease-fire to stop the violence that has flared in the 27 years since the end of the civil war.

That war killed an estimated 1 million people over 15 years.

Meanwhile, Mozambique continues to struggle to recover from two cyclones that struck earlier this year and killed more than 600, as well as attacks claimed by Islamic State and other extremist groups.

Iranian oil minister Bijan Zanganesh said Tuesday that sanctions have caused the country’s oil industry to fall behind but that “Iran will resist” even as stalwart trade partner China pulled out of a $5 billion natural-gas project earlier this week.

“…once every few years the oil industry receives a deadly blow and the economic sanctions can be considered one of those,” Zanganesh said, according to Reuters. “This has caused Iran’s oil industry to fall behind (internationally)…but we will resist.”

The deal, struck shortly after Iran’s 2015 nuclear deal, was just the latest casualty of an escalation of pressure by the United States causing increasing numbers of Chinese companies to pull out of the oil-rich nation.

Although China promised to resist sanctions on Iran, overall trade between the two nations fell to less than $2 billion in July from $3.5 billion in the same month a year ago, the Journal reported.

China has been treading carefully regarding Iran as it is also involved in a trade war with the US.

The United Nations is running out of money and may not be able to pay salaries next month thanks to late payments by member states, UN Secretary General Antonio Guterres said Tuesday.

In a message written to staff, Guterres said the UN faced a “cash shortage of $230 million at the end of September” and instructed staff to budget by canceling non-essential travel and delaying or canceling conferences and meetings, CBS reported

Speaking in front of the UN committee which monitors the organization’s finances, Guterres explained that it was only due to emergency spending cuts earlier this year that the organization had enough funds to hold the annual UN General Assembly meeting last month, the Telegraph reported.

The organization relies on annual contributions from member states to finance operating costs but UN officials worry that the annual budget hole is becoming more substantial each year.

The United States – the UN’s largest contributor and responsible for 22 percent of the 2019 budget – is expected to pay later this month.

Instead of cutting down their trees for lumber, they have developed a technique to grow trees into furniture without stunting their growth, Reuters reported.

“The idea is to grow the tree into the shape that you want directly,” said Gavin. “It’s a kind of zen 3D printing.”

On the furniture farm they started in Derbyshire, England, in 2012, the couple are nurturing 250 chairs, 100 lamps and 50 tables. They plan to begin harvesting annually by 2022.

The fruits of their labor take a long time and are not cheap: Their chairs sell for 10,000 pounds (around $12,300) and it takes six to nine years to grow them – plus an extra year for them to dry out.

The couple’s sustainable method aims to replace the carbon-heavy process of cutting down mature trees to create furniture, and to raise awareness about deforestation.

“You know the damage that we do with forestry. We’re only just starting to really understand that,” said Gavin. “This is kind of the opposite, really. We use … ancient techniques that were used in the Stone Age.”

Click here to see a ‘grown’ chair, lamp or table.