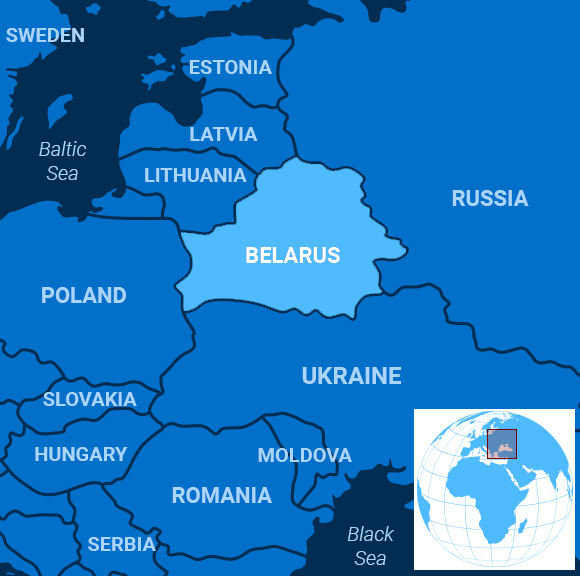 Russian Foreign Minister Sergei Lavrov recently described the refusal of Belarus to host a Russian air base as an “unpleasant episode.”

But, Reuters noted, Lavrov was quick to add that Belarusian President Alexander Lukashenko was a “100 percent ally” of the Kremlin.

He was mostly right.

Belarus and Russia, two former Soviet republics and close allies, have been discussing integrating even further. The Moscow Times reported that they are planning to adopt joint customs and energy policies, as well as a single tax code, civil code and foreign trade rules over the next three years.

But, as the recent “unpleasantness” over the air base shows, Belarus is wary of its gigantic neighbor.

Some of Russia’s demands in talks over the two countries’ planned confederacy have been “unacceptable,” according to Belarus’s foreign minister, Vladimir Makei, wrote Belsat TV, a local news outlet that receives backing from European governments.

Russia’s recent overhaul of its oil tax regime is also proving harmful to Belarusians who depend on imported Russian oil, Belarusian central banker Pavel Kallaur said in a recent interview with the Banker, a British monthly. Kremlin officials might counter, however, that Moscow has subsidized Belarusian fuel for too long, British think tank Chatham House suggested.

It’s no surprise, then, that Lukashenko plays Russia and the West against each other in hopes of extracting perks from each side.

Former US National Security Adviser John Bolton met with Lukashenko in August, for example, to discuss Russia’s threat to the East European country. After that visit, American and Belarusian officials announced they would upgrade their diplomatic missions in each other’s countries, after having withdrawn their ambassadors in 2008 over criticism of Belarus’ human rights record.

The European Union also might loosen visa requirements for citizens of Belarus, a change that Latvian leaders and others hoped would boost cross-border commerce, reported the Baltic Times.

The West faces a tough choice regarding Belarus: Stand up for democratic principles or hold firm against Russian power in Eastern Europe.

Officials from the Kurdish-led Syrian Democratic Forces (SDF) said Monday that American troops have begun to withdraw from areas along Turkey’s border in northeast Syria, effectively clearing the way for a Turkish assault against the SDF, which was instrumental in defeating the Islamic State earlier this year, Al Jazeera reported.

However, the SDF is considered a threat by Turkey because of the inclusion of the Kurdish People’s Protection Units (YPG) – a Kurdish group with links to the Kurdistan Workers’ Party, which Turkey labels a terrorist organization due to its push for a Kurdish state within Turkey and its attacks within the country.

Meanwhile, Turkish President Recep Tayyip Erdogan announced Monday that the military was preparing to target Kurdish fighters in Syria to create a “safe zone” on the border to allow the secure return of Syrian refugees in Turkey back to their home country.

The White House said the US withdrawal also means that Turkey will now take responsibility for the Islamic State fighters captured by Kurdish forces.

The SDF called the US withdrawal a “stab in the back.”

“There were assurances from the United States of America that it would not allow any Turkish military operations against the region,” SDF spokesman Kino Gabriel told al-Hadath TV, Al Jazeera reported.

The joint victory in Sunday’s vote means the two parties will oust the ruling Democratic Party of Kosovo, which has been in power for the last 12 years, Radio Free Europe/Radio Liberty reported.

Vetevendojse leader Albin Kurti told supporters that he would work quickly to form a coalition with the LDK and address the country’s issues such as corruption and high unemployment.

Analysts speculate that Kurti faces a tough challenge rebuilding his party’s image: The party has been involved in several stunts in parliament such as using tear gas to prevent the ratification of a border agreement with Montenegro.

The recent elections were triggered by the resignation of Prime Minister Ramush Haradinaj in July after he was summoned by war crimes prosecutors in The Hague for questioning about his role in the Kosovo War of 1999.

Kosovo is the latest country whose frustrated electorate has chosen obscure leaders with little political experience to govern, a club which includes Ukraine and Tunisia. It has also, for the first time, elected officials with no history of guerilla warfare against the Serbs.

Indigenous demonstrators blocked several roads and a main highway Monday in protest against the government’s austerity measures, which have sparked the worst unrest seen in Ecuador in years.

Police arrested more than 470 people since the protests began Thursday in response to President Lenin Moreno’s decision to eliminate fuel subsidies, Reuters reported. The government has declared a state of emergency.

Indigenous-led demonstrations have toppled three previous administrations in the country, and could threaten Moreno’s administration, too: His popularity has shrunk to less than 30 percent since his 2017 election, about 40 percentage points.

The removal of fuel subsidies is part of a reform strategy by Moreno to put Ecuador’s house in order: The country has been struggling with foreign debt and a fiscal deficit and earlier this year agreed to belt-tightening in exchange for a $4.2 billion loan from the International Monetary Fund.

The president argued that the fuel subsidies have distorted the economy and cost $60 billion since they were implemented four decades ago. He also plans to eliminate public sector jobs and privatize state holdings.

Get Off My Lawn

The ancient hominins known as Denisovans got their name from the Denisova Cave in southern Siberia, and since their identification in 2010 scientists had believed that they and other early humans had occupied the cave over a period between roughly 200,000 and 50,000 years ago.

Recently, however, a study of the cave’s soil revealed that the real owners were 220-pound carnivorous cave hyenas that weren’t fond of human squatters, Cosmos Magazine reported.

The science team noted that early human DNA in the cave composed only a tiny fraction of the soil, meaning that the Denisovans weren’t welcome and had to compete for living space.

“It really shows that non-human animals were using the cave for much of its occupational history, and early humans were only occasional users,” lead author Mike Morley told Gizmodo.

The researchers also pointed out a shortage of fire-making evidence, suggesting that the Denisovans weren’t big pyrotechnicians.

It sounds like a prehistoric case of “get off my lawn,” but the study shows how microscopy and other modern science tools can reveal information from sedimentary material.