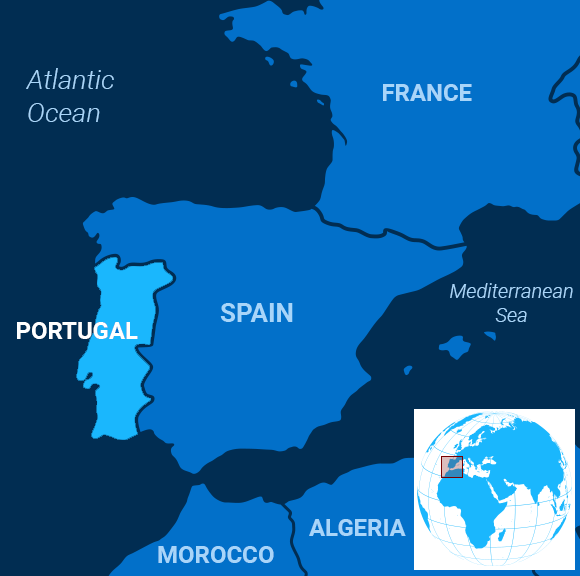 Voters on the tiny Portuguese island of Madeira recently handed a victory to their prime minister on the mainland, António Costa.

They tripled the number of lawmakers from Costa’s Socialist Party in the island’s regional parliament, traditionally a stronghold of his political opponents, the center-right Social Democratic Party. “This is an historical result for the Socialist Party, its best ever,” Costa told Politico. “It’s extraordinary.”

The election is important because Portugal was once commonly listed along with Greece and Spain as economic soft spots in the eurozone. Today, Costa claims he’s steered the southern European country to prosperity.

In 2011, when the Social Democrats ran the government, Portugal was on the brink of economic collapse.

The so-called “troika” of the European Commission, the European Central Bank and the International Monetary Fund bailed the country out to the tune of $86 billion. Portugal’s national deficit was 11 percent at the time, or 8 percentage points more than the eurozone’s 3-percent limit, the Associated Press reported. In return, the lenders demanded austerity, or spending cuts and tax increases.

Costa and his Socialists assumed control in 2015 after campaigning on a platform of anti-austerity. Growth has increased from approximately 0.2 percent in 2014 to more than 2 percent last year. The budget deficit is less than 1 percent.

The prime minister has taken pains not to look like a leftist spendthrift. He’s been running on a campaign of fiscal orthodoxy, saying the country needs to run a surplus and save for a rainy day rather than give public workers and others pay raises.

His position puts him at odds with the far-left Communists and other parties that now help his minority government pass legislation in parliament. He’s ruled out a coalition with them, reported Reuters. He also has resisted calls from the Social Democrats and others for tax cuts.

It’s a strategy designed to appeal to centrist voters, the Financial Times wrote. Costa needs them to win an outright majority, giving him a free hand to run the country.

Polling data suggest his strategy is working. In late September, a Politico poll showed the Socialists claiming 38 percent of the vote, 6 percentage points more than the party’s share in 2015.

Critics, however, like this reader who penned a letter to the Financial Times, argue that Costa’s so-called steady hand is actually pretty shaky. Investment is lagging. The debt is still high. Growth is likely to slow in the future, not increase.

Such fears are why Fortune’s story about a slowdown in the German economy should concern Costa. If Europe’s economic engine sputters, the continent’s peripheral economies are likely to break down entirely.

Sooner or later, the rain comes.

Take It or Leave It

British Prime Minister Boris Johnson unveiled his “final” Brexit proposals Wednesday including a plan for Northern Ireland and with a warning that if the European Union does not accept his terms, Britain will leave the bloc without a deal Oct. 31, Agence France-Presse reported.

“It is not an outcome we seek at all,” he said during a Conservative party conference in Manchester. “But let me tell you my friends, it is an outcome for which we are ready.”

The new offer replaces the Irish “backstop” with a temporary customs arrangements: Northern Ireland will stay in the European single market for four years, but leave the customs union afterward, the Telegraph explained.

The new deal will smooth things over with Ireland, but both Irish and EU officials have expressed skepticism over the plan.

European Commission President Jean-Claude Juncker said there were “positive advances” in some areas of the deal but added that the UK’s proposed system of “governance” of the new arrangements are “problematic” and that customs rules remain a concern, the BBC reported.

Johnson also announced he would suspend parliament on Oct. 8 so Queen Elizabeth II could set out a new government program.

At least seven people died and hundreds were injured in two-days of anti-government protests as frustration boiled over with widespread unemployment, poor services and corruption, the BBC reported.

Thousands of Iraqis demonstrated in Baghdad and other cities in what appears to be the largest protests since Prime Minister Adel Abdul-Mahdi took office a year ago.

“We are demanding a change, we want the downfall of the whole government,” an unnamed protester told Reuters.

The government responded by cutting internet access and instituting curfews in several cities while blaming unnamed “rioters” for the violence.

Meanwhile, the prime minister, responding to the protests, said he would create more jobs for graduates and instruct government bodies to include a 50 percent quota for local workers in contracts with foreign companies, Al Jazeera reported.

Iraqis have held mass demonstrations over the past few years over a lack of basic services. But some believe the latest protests underscore a deeper frustration with the government and widespread corruption.

The European Union said it would retaliate against any new tariffs the United States imposes after a landmark ruling by the World Trade Organization Wednesday against state subsidies to European aerospace group Airbus.

“The mutual imposition of countermeasures, however, would only inflict damage on businesses and citizens on both sides of the Atlantic, and harm global trade and the broader aviation industry at a sensitive time,” said European Trade Commissioner Cecilia Malmstrom, Bloomberg reported.

On Wednesday, the US announced it would impose $7.5 billion in tariffs this month on several imports from the EU in retaliation for the state subsidies to Airbus.

While some hailed the ruling, they warned over the effects of new tariffs.

The promise of new US tariffs “is an escalation of a trade war that would further undermine the already fragile global economy,” Bloomberg wrote. “The ruling is milestone in the WTO’s longest-running dispute that will further test transatlantic relations, which have deteriorated under Trump’s ‘America First’ approach to international ties. It’s also an example of Trump getting a favorable ruling from an organization he has threatened to pull out of.”

The US is already in a trade war with China and any wider flareup of tit-for-tat tariffs with Europe could threaten the world economy, analysts say. On Tuesday, the WTO cut its trade growth forecast for this year to the weakest level in a decade, warning against a “destructive cycle of recrimination.”

Europeans, meanwhile, are eyeing an upcoming ruling next year when the WTO is expected to decide on the bloc’s dispute over US government subsidies to Boeing.

Breast cancer can sometimes return in patients who have gone through intensive chemotherapy.

That’s because some tumor cells retain a normal copy of a gene called TP53, which allows them to enter a dormant state when treated with chemotherapy drugs.

In a recent study, the researchers conducted an experiment where they treated human breast cancer cells with the chemotherapy drug doxorubicin, then mixed them with untreated cells.

By ingesting untreated neighbors, the treated cells may gain the energy to survive chemotherapy and promote a tumor relapse later on.

The scientists also found that this cannibalism was also present in human lung cancer and bone cancer cells, and suggested that their findings could lead to new cancer treatments.