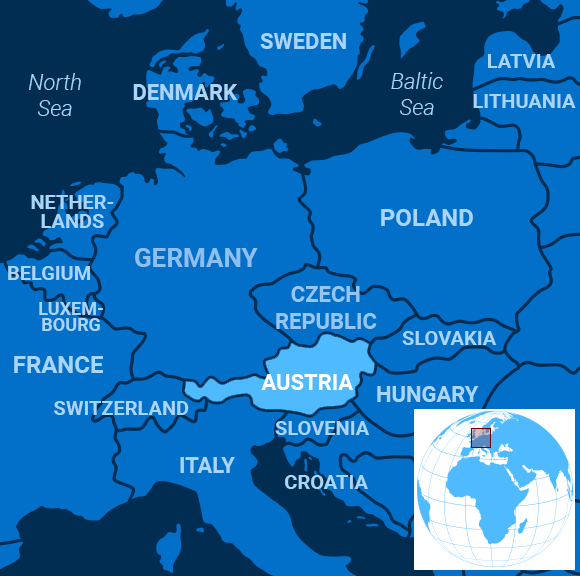 Austrian hoteliers recently sued a former guest who complained in online reviews about the photograph of their uncle that hung in their lobby. The uncle was dressed in a Nazi army uniform, the Telegraph reported.

The hotel owners protested that the uncle was a common soldier in the combined Austrian-German forces in World War II. It was unfair, they argued, to associate them with Nazis simply because they displayed a portrait of a man wearing a uniform bearing a swastika. Later, however, they discovered their uncle and another relative were indeed members of the Nazi party and took the photos down.

In May, former Chancellor Sebastian Kurz of the conservative People’s Party and his coalition partners in the far-right Freedom Party fell from power after a video surfaced and set off “Ibiza-gate.” The video showed a July 2017 meeting at a holiday villa in Ibiza, Spain, where Heinz-Christian Strache, then head of the Freedom Party and soon to become vice chancellor, appeared to solicit campaign help from a fake Russian agent in exchange for public contracts.

Strache resigned as party leader and vice chancellor a day after the video’s release. Parliament ousted Kurz as chancellor a week later.

Now voters must decide whether to put Kurz and his right-wing allies back in office. There is a good chance he will win, reported Bloomberg, citing polls that his People’s Party enjoys the support of 35 percent of the electorate, 3 percentage points more than it had in 2017 when he assumed office. He’s the most popular candidate running for chancellor.

The Freedom Party is emboldened, too. Rank-and-file members recently elected Norbert Hofer, who ran unsuccessfully for president in 2016, as their new leader. “We’re back!” he declared at a party conference. Some in the audience wore traditional dirndls and lederhosen.

Kurz can’t form a government by himself. He needs partners. It’s not clear if Kurz wants to join up with Hofer, though, reported Agence France-Presse. The two parties share similar anti-immigrant and Euro-skeptic sentiments. But Kurz’s People’s Party wasn’t involved in Ibiza-gate. He’s understandably wary of hitching his wagon to his former colleagues.

Kurz could join with the Greens though it’s not clear if their members would embrace that deal. Political analyst Paul Schmidt described the context of that horse trading, noting that turnout is likely to be high, in a blog post for the London School of Economics.

Some say, in politics, realpolitik often trumps ideology – and idealism.

“The people of Israel don’t want new elections,” said Rivlin, according to the broadcaster. “Parties will need to compromise.”

The announcement came after Netanyahu’s rightwing Likud party failed to reach an agreement with Benny Gantz’ centrist Blue and White party to form a unity government.

Netanyahu now has 42 days to form a government even as his coalition failed to achieve a majority of seats in Parliament for the second time.

If he fails, the president will pick another candidate to form a government.

In May, the prime minister failed to form a governing coalition, forcing him to dissolve Parliament and trigger last week’s snap elections.

Now, it is a race against time for Netanyahu, the country’s longest serving prime minister, who also faces indictments on corruption, bribery, fraud and breach of trust charges.

A Man of the Government

More than 300 students and police officers were treated for injuries Wednesday after clashes erupted in Jakarta during demonstrations against a new law that critics say will weaken the country’s anti-corruption agency, the Associated Press reported.

The student-led demonstrators are outraged at Parliament’s decision last week to reduce the authority of the Corruption Eradication Commission, a key agency in the fight against the rampant corruption in the country.

Protesters also demanded that lawmakers delay votes on a new penal code that would criminalize extramarital affairs, insulting public officials and abortion in the absence of a medical emergency or rape.

The new laws have threatened the credibility of President Joko Widodo, who recently won a second term on the promise of clean governance, and who has long billed himself as a man of the people.

On Friday, he ordered Parliament to delay the vote on the laws until the next parliamentary session.

Haiti’s President Jovenel Moise broke his silence Wednesday to call for national unity in an attempt to disperse the widespread protests that have gripped the country since a ruling-party senator fired a gun into a crowd of demonstrators earlier this week.

Moise ordered the reshuffling of his cabinet and urged the opposition to join a unity government to address the nation’s problems, the Miami Herald reported.

Following his address, Haitians took to the streets again to protest against the government and also a recent fuel crisis that has paralyzed the Caribbean nation.

Opposition figures rejected the president’s calls for unity and demanded his resignation while calling for more protests on Friday.

Moise’s 15-minute speech failed to break the impasse that has plagued most of his presidency, now in its third year.

His presidency has been marked with four governments and at least three dialogue commissions, while also facing three major lockdowns that shut down schools, businesses and banks.

Running a marathon is challenging enough so doing one with a tree strapped on your back is understandably exhausting.

Even so, South African activist and tree-grower Siyabulela Sokomani and a group of friends, ran the Cape Town Marathon on Sept. 15 with saplings rising from their backpacks.

Their performance wasn’t a test of endurance but a call to promote the planting of native trees in South Africa in order to cope with drought and climate change, Reuters reported.

The group is raising cash to plant 2,000 trees in Khayelitsha, one of Cape Town’s biggest townships, and get rid of the invasive trees that suck up ground water and hinder rainfall from feeding the soil and dams.

The US-based Nature Conservancy said in a 2018 report that 14.6 billion gallons of water could be saved within six years if non-native plants were removed and replaced with indigenous plants, Agence France-Presse reported.

Many believe it’s actually a good solution: The South African succulent Spekboom is quite sustainable, growing almost anywhere, and it absorbs carbon dioxide faster than most trees in dry conditions.