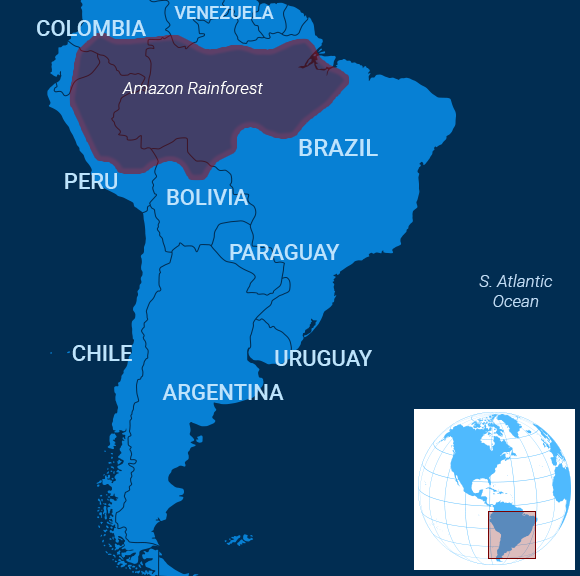 Burning Down the House

This summer, a lot of people feared the Amazon rainforest might burn to the ground, destroying an oxygen-generating ecological treasure sometimes called the “lungs of the world.”

Fears about the massive forest fires in Brazil turned out to be exaggerated, however, according to Forbes and others. For example, some of the viral images of the conflagrations turned out to be fake, wrote Mother Jones.

The revelations led Brazilian President Jair Bolsonaro, a right-wing nationalist, to demand an apology from French President Emmanuel Macron, who had criticized Brazil’s management of the Amazon, as well as Bolsonaro’s antipathy to indigenous people who live in the jungle and his openness to agricultural interests that clear the land to make way for farms and ranches, the Guardian reported.

Still, Science magazine was skeptical of Brazilian Environment Minister Ricardo Salles, who blamed “dry weather, wind, and heat” for the fires. The publication was clear: deforestation was a major reason why fires in the region were growing more frequent and more intense.

In fact, the New York Times noted, the world arguably is on fire. Major infernos have gripped regions not only in South America but also in Africa, the Arctic and Indonesia as temperatures have risen worldwide due to climate change.

The Amazon sucks as much as 2 billion tons of carbon dioxide from the atmosphere annually, or around 5 percent of total human-made emissions. If the jungles turn into savanna and fires continue to wipe out greenery in other regions, the planet could reach a “tipping point” that could change the atmosphere permanently in 20 to 30 years, Public Radio International reported.

In Indonesia, the fires have engulfed large swaths of the country in a “toxic haze,” wrote CNN. More than 21,000 square miles of Siberian forest burned in August, melting permafrost that holds massive carbon deposits, Salon reported.

Bolsonaro took actions to deal with the Amazon fires, including temporarily banning burnings to clear trees and sending troops to fight the fires. Scientific American reported that the land clearing continued, though.

The Brazilian president has said he would reject a $20 million international aid package to deal with the problem. That might seem nuts. But Vox pointed out that beef exports generated $6.7 billion in foreign revenue for Brazil last year. Farmers use most of the soy produced in farms on former jungle soil to feed cattle. In other words, it would take more than $20 million to upend Brazil’s economy.

When it comes to deforestation and climate change, half measures simply won’t do.

Britain’s Supreme Court ruled Tuesday that Prime Minister Boris Johnson’s decision to suspend Parliament was illegal, dealing another blow to the prime minister’s plan to exit the European Union in a month and possibly leading to his ouster.

The landmark decision by the British highest court emphasized the Parliament’s sovereignty while accusing Johnson of using executive power to silence the legislature and avoid scrutiny of his Brexit plan, the Associated Press reported.

Johnson’s suspension earlier this month set off a firestorm of criticism across party lines.

The court ordered Parliament resume its duties Wednesday, forcing the prime minister to cut short his trip to the UN General Assembly.

Johnson said he objected to the ruling but will abide by it. On Wednesday, he will face calls for his resignation – a little more than two months after he was sworn in as prime minister.

The decision is a setback for Johnson, who was elected on a promise to leave the European Union on Oct. 31, with or without a deal with the bloc.

Earlier this month, Parliament passed a law ordering him to seek an extension if there’s no deal.

Johnson has refused to do so, but reiterated Tuesday that Brexit will happen as scheduled and that he aims to reach a new deal with the EU before then.

Two million people in Zimbabwe’s capital were left without water after the government ran out of foreign currency to pay for imported water treatment chemicals, forcing officials to shut down the city’s waterworks Monday.

The new crisis is another marker in the country’s ailing economy, which has been dealing with hyperinflation and shortages of essential imported commodities including wheat and fuel, the Telegraph reported Tuesday.

Harare’s acting mayor Enock Mupamawonde said that pumping was originally scheduled to resume on Tuesday after the government managed to procure a week’s worth of chemicals from local suppliers.

He warned, however, that the services might not last long.

Harare residents have relied on hand-pumped municipal or informal boreholes, where lines can last for hours.

Meanwhile, Zimbabweans have endured months of drought, which has dried up rivers across southern Africa. The situation is heightening the risk of water-borne diseases.

Now, officials are scrambling to avoid a repeat of a cholera epidemic following a water shortage a decade ago that killed 4,000.

Venezuelan pro-government lawmakers returned to the opposition-controlled National Assembly Tuesday for the first time in two years, part of a deal between President Nicolas Maduro and small group of opposition delegates to open dialogue in the deeply divided country, Reuters reported.

Mainstream opposition parties that control the congress, however, did not support the deal with US-backed opposition leader Juan Guaido calling the agreement a distraction and “artificial,” Al Jazeera reported.

Guaido said earlier this month that negotiations between the government and the opposition mediated by Norway have “been exhausted” after Maduro’s administration withdrew delegates following the tightening of US sanctions.

In January, the opposition leader invoked the constitution to assume a rival presidency: He has been backed by the United States and 50 other countries in his attempt to oust Maduro, who has overseen a crippling economic crisis and mass emigration from locals fleeing shortages of food, medicine and other essentials.

Dragons flew over North America more than 70 million years ago but sadly for “Game of Thrones” fans, they weren’t the fire-breathing kind.

Archaeologists first discovered fossils of a large winged animal 30 years ago in the frozen wastes of Alberta, Canada.

A team recently concluded in a study that the remains belonged to a previously unknown type of pterosaur, one of the largest flying reptiles that ever lived, CNN reported.

Researchers named the extinct beast Cryodrakon boreas – “frozen dragon of the north wind” – and noted that it belonged to the azhdarchids family of pterosaurs, known for having long necks.

The creature was very intimidating: It had a wingspan of up to 30 feet and was capable of flying across oceans, although it chose to roam close to inland environments. Its diet consisted of mammals, birds, lizards and even baby dinosaurs.

Researchers are now trying to learn how the creature took off, flew and walked.

Although the “frozen” in its name suggests Cryodrakon lived in arctic conditions, its habitat had a more Mediterranean climate millions of years ago, allowing the predator to feed on abundant fauna.

“It would have been flying in a landscape that would have been reasonably temperate … but a hell of a lot warmer than central Alberta is now,” study co-author Mike Habib told National Geographic.