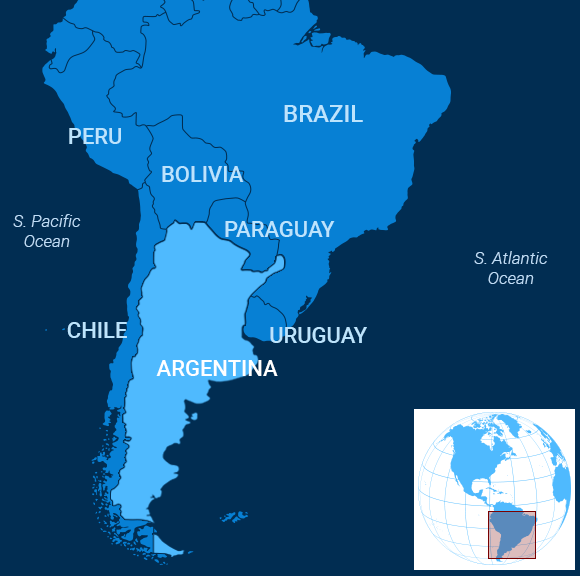 Argentine President Mauricio Macri recently visited the Shrine of Our Lord and Our Lady of the Miracle in the country’s north.

Perhaps the pro-business conservative was hoping for divine intervention in late October when he seeks re-election, quipped Crux, an independent news site that covers matters related to the Roman Catholic Church.

In primary elections last month – the BBC explained how the primaries in Argentina serve as a barometer for the general election – Macri lost to a ticket composed of left-leaning Peronist presidential candidate Alberto Fernández and vice presidential candidate Cristina Kirchner. Recent polls confirmed that Fernández continued to have a comfortable lead, reported Reuters.

The primary loss was stinging. In 2015, Macri defeated Kirchner, a former president dogged by scandals, with the promise of rooting out corruption and jumpstarting the economy.

He failed. Today, inflation in Argentina is running as high as almost 50 percent, wrote the Conversation. The value of the South American country’s currency, the peso, has plunged. A third of the country lives in poverty. Debt has risen to unsustainable levels.

So instead of doubling his efforts to win the election, Stratfor, a think tank, says he will focus on keeping the economy from falling further.

Particularly undermining Macri’s legitimacy among voters was his decision to negotiate a $56 billion bailout from the International Monetary Fund. That deal required Macri to adopt austerity measures that included unpopular tax hikes and spending cuts. He recently imposed currency controls to prevent people from dumping pesos and buying US dollars, a more stable currency, the Washington Post reported.

Unfortunately for Macri, many Argentines recall similar policies in 2001, when IMF-imposed austerity measures triggered a collapse in the economy, leading to a national debt default that cut the country off from international capital markets until Kirchner paid back investors three years ago.

It “feels like the bad old days,” wrote the Economist.

Meanwhile, the president’s opponents, including working class voters called the “shirtless ones,” have coined the term “Macrisis” to describe the situation, wrote the Hindu, an Indian newspaper.

If Fernández wins, he faces a tough road.

Argentina never really made the structural changes necessary to avoid a repeat of 2001, claimed economic adviser and columnist Mohamed El-Erian in a Guardian op-ed. But those structural reforms will undoubtedly be painful.

Writing in the New York Times, political analyst Marcelo García said the next president will need to renegotiate the IMF bailout. Argentina will never be able to repay it by late 2023, as expected, he argued.

Conservative voices like those at the National Interest and the Wall Street Journal suggested that Argentina might want to consider adopting the US dollar as its official currency, relinquishing monetary policy but bypassing inflation and other perennial challenges. Ecuador did so in 2000, inaugurating years of stability.

Whether or not proud Argentines accept that idea will be an indication of how sick and tired they’ve grown of recessions and runaway inflation. And of their leadership.

A Failure to Checkmate

The leaders from the United Kingdom, Germany and France joined the United States in blaming Iran for the attacks on two Saudi oil facilities earlier this month, adding that it might be time to renegotiate the 2015 nuclear deal with the country.

“It is clear for us that Iran bears responsibility for this attack. There is no other plausible explanation,” the three leaders said in a joint statement Monday, Al Jazeera reported.

The trio pledged to try to ease tensions in the region but also expressed skepticism at the current nuclear deal, which they have been trying to maintain since the US withdrew in May 2018.

British Prime Minister Boris Johnson said that a “better” deal could be reached by US President Donald Trump but added that he still supports the current one.

Iranian Foreign Minister Javad Zarif has denied responsibility for the attacks and rejected any proposals for a new deal.

“No new deal before compliance (with the) current one,” he said.

At least 26 people were killed Monday during clashes in Indonesia’s restive Papua region, which has been gripped by weeks of violence, the latest eruption of conflict in the region’s almost 50 year fight for self-determination.

The latest protests were triggered by allegations that a teacher threw racist slurs at students in the town of Wamena, but authorities have disputed the account, Channel News Asia reported.

Security officials said protesters also burned down a government office building and several others, and expect the death toll to rise.

The resource-rich Papua region, famed for its Arabica coffee, was rocked by separatist protests last month, which led the government to send in almost 6,000 military and police personnel.

Government officials believe the clashes are an attempt to draw the attention of the United Nations General Assembly to the unrest, Bloomberg reported.

Located in the western half of the island of New Guinea, Papua became part of Indonesia after a controversial UN-backed referendum in 1969. Since then, it has seen decades of conflict between separatists and government forces.

The government has been repeatedly accused of human rights abuses, rampant deforestation and the exploitation of natural resources, Bloomberg wrote.

Interior ministers from five European Union countries agreed on Monday to a new scheme to distribute migrants rescued from the Mediterranean in a bid to relieve pressure on the southern countries that are usually their first port of entry.

Italy’s Interior Minister Luciana Lamorgese said that the idea is to relocate migrants to various EU states within four weeks of being brought ashore, Reuters reported.

Countries will then process asylum requests and decide whether the migrants meet the necessary asylum requirements, or if they should be repatriated.

The proposal will be introduced to all 28 EU countries on Oct. 8 but it’s uncertain if all or even most will agree to the plan.

Even so, some hailed the agreement as “historic” not least because until recently, Italy had been refusing to let ships with migrants dock at its ports, while other countries in central and eastern Europe were adamant in their refusal to take any newcomers.

“We have started to make history…,” said Maltese Interior Minister Michael Farrugia. “From today (on), Italy and Malta are not alone. There is a recognition that these two countries represent the gateway to Europe.”

Scientists might have finally found a “habitable” planet beyond our solar system.

Astrophysicists for the first time have discovered water in the atmosphere of a distant planet, making it a plausible candidate in the search for extraterrestrial life, the BBC reported.

In their study, Giovanna Tinetti and her team wrote that new planet, K2-18b, is more than 650 trillion miles from the Earth and orbits within the “habitable zone” of its star – the region where temperatures allow water to exist in liquid form on the planet’s surface.

The planet is about twice the size of the Earth and its temperatures are believed to be similar but researchers cannot yet determine if K2-18b’s atmosphere contains gases that could be produced by living organisms. Advances in space telescopes may in the next decade make it possible to analyze the atmospheric makeup of a planet that far away, but such tools aren’t available now.

Some scientists are skeptical about whether the planet is habitable, citing its size and unknown atmosphere, and questioning whether it’s rocky, like Earth, or a mini-gas giant.

Also, astronomers haven’t agreed on what conditions are needed for a habitable planet, since Earth is the only known example.

“What we hope is that the habitable planets will stand out, that we will see a big difference between the planets that are habitable and the ones that are not,” said Tinetti.