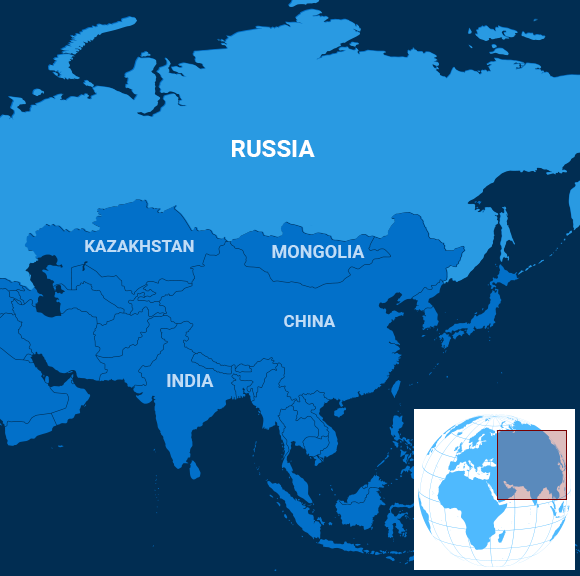 Over a Shoulder, Over a Barrel

Funny thing happened after Russian President Vladimir Putin’s allies lost a third of their seats on the Moscow city council earlier this month.

Members of Putin’s United Russia political party still retained a slim majority on the capital city’s legislative branch after local elections on Sept. 8. But their losses were surprising. Reuters described the vote as an “awkward setback for the Kremlin.” Time magazine wrote that strongman Putin was “losing the war at home.”

Four days after the results, however, the Russian establishment appeared to flex its muscles.

Police raided the homes of opposition politicians in 43 cities from “Vladivostok on the Pacific to Krasnodar in Russia’s south,” reported USA Today. Most of those targeted were associated with Alexei Navalny, a lawyer and human rights activist critical of Putin’s regime.

Officers also searched the offices of a foundation Navalny established to fight corruption.

Police had already raided Navalny’s offices before the vote. That ploy didn’t work so the president was lashing out with the police raids, said the activist, who was barred from running against Putin in the 2018 presidential election because of a fraud conviction that he claimed was based on trumped-up, politically motivated charges.

“Putin got upset and is stomping his feet,” Navalny said in a blog post quoted by Agence France-Presse.

Officials claimed the post-election raids were part of an investigation into the cause of alleged rioting during Navalny-led anti-government protests in July, the Moscow Times reported. Writing in Politico, Estonia-based journalist Leonid Ragozin believed Putin should be nervous because the Moscow election results shattered the sense of hopelessness that has gripped Russians for much of the 20 years he has been in power. Case in point: Other smaller municipalities similarly opted for non-Putin-backed candidates throughout the sprawling country, he added.

A recent CNN story about an American spy in the Russian government whom US officials extracted out of fear of his discovery similarly highlighted how even Putin, a former KGB agent and adept statesman, is not invulnerable. The spy reportedly could take pictures of documents on the president’s desk.

It’s almost like Putin never knew someone was looking over his shoulder.

Benny Gantz, the leader of the Blue and White party, declared victory Thursday in Israeli elections and said he was willing to form a unity government only if Prime Minister Benjamin Netanyahu is not part of it.

Gantz’ left-wing alliance gained more seats than Netanyahu’s Likud right-wing coalition, with 98 percent of the votes counted. Even so, both parties fell short of the 61 seats necessary to form a majority government, the Wall Street Journal reported.

Both parties need the help of the small secular nationalist Yisrael Beiteinu party, formed by former Defense Minister Avigdor Lieberman, to form a coalition. It is projected to win nine seats.

Netanyahu’s failure to receive a majority and his exclusion from a coalition is a blow for the longtime player in Israeli politics. Some believe the results signal the end of his political career, while he also continues to face prosecution on corruption charges.

Meanwhile, there still is a chance the country may have to hold another general election – if the winners fail to form a coalition, CNN reported.

Interior Minister Enrique Degenhart admitted Thursday that while Guatemala has long been a transit hub for drug traffickers, it is seeing a shift toward becoming a cocaine-producing country, Reuters reported.

“Following the discovery of these narco-laboratories and the different fields with the coca plants, Guatemala now becomes a cocaine producer and that puts Guatemala in a totally different situation with respect to regional security,” Degenhart said.

Authorities found a large coca plantation in eastern Guatemala after the government asked the military to investigate the deaths of three soldiers earlier this month.

Security officials have since detained more than 300 people involved in the cocaine production.

Despite efforts to tackle drug trafficking, cartels have grown in power to have a deep influence over political parties and even some territorial control.

The Art of No Deal

Russia and China vetoed a UN Security Council resolution Thursday that called for a ceasefire in Syria’s last rebel stronghold, Idlib, highlighting the deep divisions that have prevented the international community from ending the eight-year civil war.

Russia rejected the resolution proposed by Germany, Belgium and Kuwait because it did not include an exemption for “anti-terrorist operations” against jihadist forces, Agence France-Presse reported.

In response, Russia and China proposed an alternative resolution, which said military action against individuals, groups or entities “associated with terrorist groups” would be exempt from the ceasefire.

Most members of the council voted down the new proposal out of fear it could lead to civilian casualties.

Last year, Russia and Turkey reached a ceasefire in Idlib, but bombing resumed in April.

Half a million people have been displaced in Idlib and continued fighting is deepening the humanitarian crisis, aid groups say.

Humans have been breeding dogs for millennia and in the process they have also shaped the brains of their canine companions.

Scientists recently discovered that how a dog is bred is reflected in its brain anatomy, Gizmodo reported.

In a study published in the Journal of Neuroscience, researcher Erin Hecht and her team analyzed the brain scans of 62 pooches from 33 different breeds in order to compare them.

They noticed that while the brains differed depending on the dog’s size and height, certain brain regions also varied across different breeds.

In one example, Hecht’s team explained that brain regions linked to coordination and eye movement were more noticeable in tracking dogs than in other breeds.

The results show the complex ways in which brains, including human ones, have evolved over time.

“This might sound a little goofy, but it’s also profound – our brains have been shaping the brains of another species,” Hecht said.

The team hopes that their findings can be used to better refine dog breeding and training in the future, such as making better rescue pooches and therapy dogs.