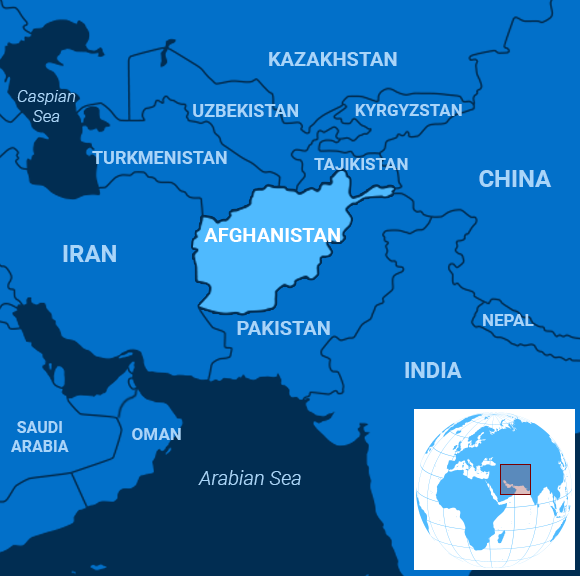 Services in memory of the September 11, 2001, terror attacks in the US might have included the announcement of a peace accord in Afghanistan.

Instead, a few days before the anniversary of the attacks, which still take their toll today, President Donald Trump tweeted that he had called off talks slated for Camp David after Taliban leaders refused to agree to American conditions.

“Unbeknownst to almost everyone, the major Taliban leaders and, separately, the President of Afghanistan, were going to secretly meet with me at Camp David on Sunday,” President Trump wrote on September 7, as recounted in a unsympathetic article in the New Yorker.

The president’s decision occurred only a few days after the National Review, a conservative news magazine, reported that the US’ special envoy to Afghanistan, Zalmay Khalilzad, had reached a tentative deal with the organization that gave safe harbor to al Qaeda agents who planned the attacks.

But a military solution appears elusive. A total of 2,400 American troops and 1,000 NATO allies have fallen in Afghanistan since 2001. The Afghan government doesn’t release its own casualty numbers, wrote CBS News, to protect morale. Meanwhile, more than 30,000 civilians are estimated to have died violent deaths because of the war.

Today, despite the US stationing 14,000 troops in Afghanistan and spending billions to advise Afghan forces and conduct special operations raids and airstrikes, the Taliban now controls more territory than when US forces pushed them out of the capital, Kabul, 18 years ago. Foreign Policy suggested the US should admit defeat.

Afghans might feel lucky the peace accord flopped, according to Atlantic writer Kori Schake, who argued that the deal was too friendly to the harsh, ultra-orthodox Islamic militants. The country’s name, for example, would revert to the Islamic Emirate of Afghanistan, which was used under Taliban rule.

Relief was felt in Kabul. And many noted that the Afghan government was not included in the talks.

“It is good that the talks have been canceled,” said Mir Dil, a public sector employee, in a France24 story. “There should be intra-Afghan talks and people should be involved in them – and they should be informed about them.”

Afghan voters have a chance to make their voices heard on the issue in the presidential election set for Sept. 28. And many expect they will.

The collapse of peace talks was a gift to Afghanistan President Ashraf Ghani, who appeared to be losing his American allies while the Taliban gained favor just as he sought a second five-year term, the New York Times reported.

The status quo seems safe. Even if many Afghans aren’t.

Italy’s former Prime Minister Matteo Renzi announced Tuesday that he was leaving the ruling Democratic Party to set up a new one, a move that could destabilize the shaky coalition government of the center-left Democrats and the anti-establishment Five-Star Movement.

“I have decided to leave the PD (Democrats) and to build together with others a new house to do politics differently,” he posted on Facebook, the Associated Press reported.

Analysts said that about 30 to 32 lawmakers will join Renzi in the new party, but added that it’s unlikely that Renzi’s move will bring down the government.

Renzi assured Prime Minister Giuseppe Conte that his loyalists will continue to support the coalition, but the new party might exert pressure on the new cabinet, which is already divided on key economic and policy issues.

Renzi took a central role in forming the coalition between the Democrats and Five-Star Movement earlier this month in a last-ditch attempt to prevent an early election and possible victory for Matteo Salvini’s anti-immigrant League party.

Organized criminal networks are responsible for the deforestation of the Amazon and use violence and intimidation against those who try to stop them, according to a new Human Rights Watch report.

The 165-page report found that out of 300 murders in the Amazon in the past decade, only 14 were tried in court, Reuters reported.

“If the authorities had taken their complaints seriously, these people might be alive today,” Daniel Wilkinson, acting environment director of nonprofit group, told the news agency Tuesday.

Brazil’s Environment Minister Ricardo Salles responded that the government has fought against criminality, and is currently combating illegal fires and other environmental crimes that have plagued the rainforest in recent weeks.

The Amazon plays an important role in the fight against climate change, but the rainforest’s destruction has surged this year due to the fires.

Meanwhile, Brazilian President Jair Bolsonaro has come under fire internationally for his policies that advocate opening the Amazon to development and the weakening of Brazil’s environmental enforcement agencies.

The Taiwanese embassy closed its doors in the Solomon Islands Tuesday after the Pacific nation broke off diplomatic relations in favor of China, the latest country to succumb to courting by the Asian giant, Agence France-Presse reported.

Since the end of Chinese Civil War in 1949, China’s government, officially the People’s Republic of China, has refused to grant diplomatic recognition to any nation that recognizes Taiwan, formally known as the Republic of China.

Meanwhile, China has been exerting pressure on Taiwan ahead of its presidential elections in January, which pits incumbent President Tsai Ing-wen’s pro-independence party against pro-Beijing candidate Han Kuo-yu.

“The Taiwanese people will not surrender,” Tsai said this week, according to the Wall Street Journal.

Albinos in Malawi face a lot of prejudice and are under constant threat of attack – and even murder – because of their skin condition.

Earlier this month, however, albinos in the African nation had the opportunity to display the beauty of their condition and dispel the myths surrounding it, Voice of America reported.

In the capital, Lilongwe, Malawians crowned Mr. and Ms. Albinism during the country’s first ever beauty pageant for albinos.

The event was organized by the Association of People with Albinism, which aims to destroy the stigma and superstition that endanger albinos in Africa.

People with albinism have been attacked under the false belief that their body parts can be used in magic potions to bring good luck and wealth.

Chikondi Kadzanja, who won the title of Ms. Albinism Malawi, hopes to use her position to end the violence.

“What I am going to do now is firstly to bring awareness to communities, especially the rural communities that hold negative attitudes, myths and misconceptions about persons with albinism,” she said.

Albinism is a rare genetic disorder that causes the skin, hair or eyes to have little or no color. It is also associated with vision problems.