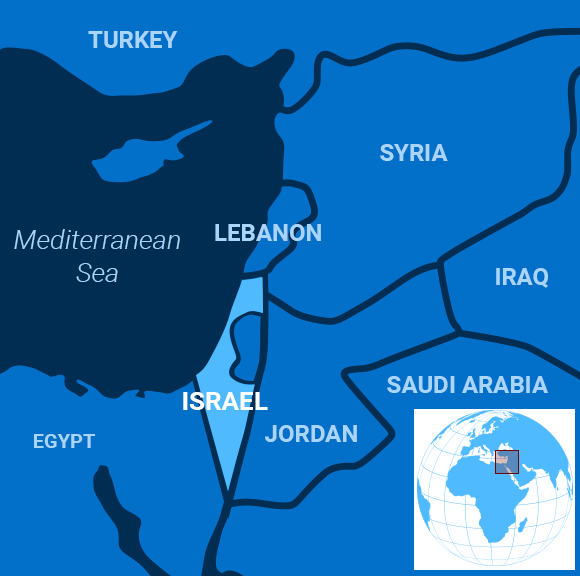 Netanyahu has been pushing for legislation that would allow political parties to videotape polling stations, ostensibly to forestall election fraud. But Rivlin didn’t share the prime minister’s concerns.

“I humbly request efforts to discredit the bodies working to monitor the upcoming election to cease,” the president said in a statement to Haaretz, an Israeli newspaper. “There is no room for attacks [on these institutions]. If we condone them, even only by remaining silent, where does that lead us?”

The videotaping proposal followed Netanyahu’s close victory in parliamentary elections in April, when his political party, Likud, and other right-wing groups won more votes than their rivals yet failed to form a coalition government, the Guardian explained.

The subtext of the videotaping proposal was pretty clear, argued author David Horovitz in a Times of Israel op-ed. Likud and the main opposition party, the center-left Blue and White alliance, are running close. Some polls put Blue and White ahead. Netanyahu is possibly seeking to disrupt the vote, suppress the turnout of Arab-Israeli voters or set the stage to challenge the results if he loses, analysts say.

The situation reflects how Netanyahu’s “aura of invincibility” has faded, wrote the New York Times.

Netanyahu has been Israel’s leader off and on since 1996. Today, Likud officials are discussing dumping him as he faces charges of bribery, fraud and breach of trust. Netanyahu denies the charges. But officials are now deciding whether to indict him, a decision expected on Oct. 3, the Financial Times reported. His wife has already been indicted on corruption charges. Important foreign supporters are also abandoning him, too, reported the Jerusalem Post.

Don’t count Bibi out, though.

“Much of what you see here in 2019 is the aftermath of that time, and every election since has been held in its shadow,” wrote Friedman. “Any sympathy that the Israeli majority had toward Palestinians evaporated.”

Many say Netanyahu is no friend to the Palestinians. For example, he has been a staunch defender of Jewish settlements on land in the West Bank that Palestinians claim as theirs. He’s even pledged to annex those housing developments, Reuters reported.

Bibi is used to winning. Voters will decide whether he wins again.

Even so, as Bernard Avishai wrote in the New Yorker, “Should he lose, Israelis concerned about the fate of their democracy will sense an immediate relief… It’s hard to find anyone in the opposition who does not see the election as a referendum on democracy.”

Iran denied American accusations that it was behind a drone strike Saturday on two oil facilities in Saudi Arabia that is threatening to disrupt global oil markets, while casting doubt that talks between Iran and the US over the former’s nuclear program will take place in the near future, the Wall Street Journal reported.

The drone strikes forced the Saudi kingdom to suspend production of 5.7 million barrels of oil per day, more than half of its output and more than 5 percent of the global supply.

Iran-backed Houthi rebels in Yemen claimed responsibility for the attack, but Saudi and US officials said there is no evidence the drones originated from Yemen.

Kuwait’s government, meanwhile, claimed Sunday it was investigating reports of a drone seen off the Kuwait City coast, suggesting that the attacks came from Iraq or Iran.

Western officials speculate that Iranian military hard-liners or Iran-backed militias in Iraq might be responsible for the attack, but both nations have denied the charges.

A Circle, A Wagon

Taliban representatives are meeting with Russian officials to discuss the withdrawal of US troops in Afghanistan, with a Taliban leader saying Saturday that the meetings are aimed at assessing regional support to push the US out of the country, Reuters reported.

“The purpose of these visits is to inform leaders of these countries about the peace talks and President Trump’s decision to call off the peace process at a time when both sides had resolved all outstanding issues and were about to sign a peace agreement,” a senior Taliban leader in Qatar told Reuters.

The Taliban are looking at bolstering support with upcoming visits planned for China, Iran and the Central Asian states.

US and Taliban representatives had reached a draft agreement that would have seen 5,000 US troops withdrawn from the country in exchange for security guarantees from the Taliban.

Last week, US President Donald Trump cancelled a secret meeting with a Taliban delegation at Camp David and declared the talks dead after a suicide bomb attack in Afghan capital killed at least 12 people including a US soldier.

Russian officials are hoping the negotiations can be put back on track and have urged both sides to resume talks.

More than 80 migrants were allowed to disembark in Italy over the weekend, marking a sharp reversal of policy regarding arrivals by the new coalition government that took office last week.

Italian authorities Saturday night transferred passengers from a Norwegian-flagged rescue vessel to the Sicilian island of Lampedusa and are planning to relocate them to European Union member states.

This is the first time that Italy has allowed migrants to land on its shores this year: When former Interior Minister Matteo Salvini took office in June 2018, he took a tough stance against immigrants and forbid migrants from disembarking in Italy, the Guardian reported.

However, Italy’s new government said when it took office that it would revise Salvini’s immigration policies.

Meanwhile, Prime Minister Giuseppe Conte is negotiating with other EU member states over a relocation plan: The idea is to relocate asylum seekers to other EU countries before they get processed in Italy.

The new plan received immediate support from Germany and France, and the EU interior ministers announced they will meet in Malta on Sept. 23 to agree on a deal for relocation.

Natural leaves look pretty inconspicuous, but they are intricate factories: They use sunlight and chlorophyll to convert carbon dioxide and water into glucose and oxygen – a process known as photosynthesis.

Now, Dutch scientists have created an artificial leaf that can mimic this process in order to create products that are vital to humans, New Atlas reported.

The team’s artificial leaves – it calls them “mini-reactors” – are made out of translucent materials that absorb sunlight and direct it toward tiny microfluidic channels similar to the veins in a tree leaf.

Once a liquid enters these channels, energy from the sunlight will trigger a chemical reaction that will turn the fluid into something useful, such as medicine or fuel.

Researchers were able to successfully produce two drugs: artemisinin, an anti-malarial, and ascaridole, which is used against certain parasitic worms.

The team hopes that the new leaves can be used to produce drugs in areas where they are needed, without the burden of transporting them over vast distances.

They might even come in handy once humans start space colonization efforts on the moon or Mars.

“Artificial leaves are perfectly scalable; where there is sun, it works,” said lead scientist Timothy Noël.