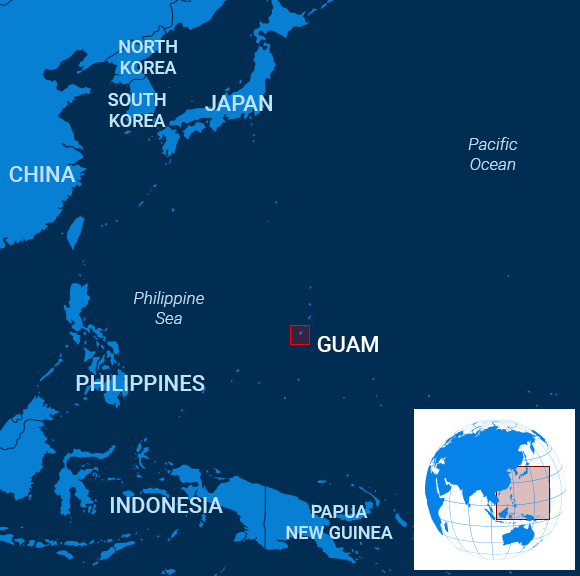 When Walter Denton was 13 years old and growing up in the US territory of Guam, he told his mother that Father Tony Apuron had raped him.

He also told another priest, but nobody believed him.

“In a place that emphasizes strict obedience to elders and enduring hardship without complaint, these men say they were raised to see members of the clergy as God’s infallible emissaries on Earth,” wrote the Associated Press of an investigation of abuse by clerics on the tiny Pacific island.

Denton then watched from the sidelines as Pope John Paul II appointed the alleged pedophile as Archbishop of Agaña, the most powerful church leader in Guam, the AP reported.

In 2016, however, allegations of abuse from victims like Denton led Pope Francis to suspend Apuron. More than 220 lawsuits have been since filed against Apuron and other priests, the archdiocese, scout leaders connected with the church and others accused of masterminding or countenancing clergy sex abuse. Apuron denies the allegations against him. The archdiocese, expecting liabilities of at least $45 million in damages to victims, has filed for bankruptcy protection.

In February, when Pope Francis held a Vatican summit that heard from victims of clergy sex abuse, the Washington Post noticed that relatively few participants were from Asia or the Pacific region, since few scandals had yet erupted there.

Australian Cardinal George Pell recently lost his appeal against convictions for sexually abusing two choirboys in the late 1990s in Melbourne, Voice of America reported. Nuns in India and orphans in East Timor have made credible allegations of abuse against priests, wrote Catholic News Service.  A nun in India publicly spoke out recently against the church after she was dismissed from her congregation because, as she recounted, she called for the removal of a bishop accused of rape, Radio France Internationale reported.

The church appears to be adapting.

In the Philippines, the church has adopted guidelines that require bishops to cooperate with local authorities in any criminal investigations of a cleric. There’s no explicit requirement, however, that they must turn over evidence to the police when a complaint is reported to the church first, Channel News Asia reported.

Virginia Saldanha, a longtime advocate for women’s issues within the Catholic Church in India, attended the Vatican summit in February with Ending Clergy Abuse, a worldwide group that calls for “zero tolerance” of predation by priests. But the bishops “had problems” with that term, fearing it was too punitive, Saldanha wrote in the Union of Catholic Asian News.

“This puts pressure on advocates and survivors in each country to continue their activism to ensure something concrete emerges to resolve these problems plaguing the Church,” she said.

And speak up, she added.

That’s because sunlight is the best disinfectant.

Speaking at an economic forum in Vladivostok, Russia, he said Moscow would deploy these missiles only if and when the United States did, Reuters reported.

Tensions over nuclear weapons have been flaring up between Russia and the US after the latter pulled out of the Intermediate-Range Nuclear Forces Treaty last month, accusing Russia of violating it.

Moscow has denied the charge.

The treaty banned ground-based missiles with a range of 300 to 3,400 miles, preventing both countries from launching nuclear strikes at short notice.

Last month, the US tested a conventionally configured cruise missile that can hit a target more than 300 miles away.

Putin expressed concern that the US is planning to deploy missiles in Japan and South Korea: Those nations are close enough to strike Russian territory.

Rohingya refugees in Bangladesh expressed outrage and concern after a recent government decision to ban cellphone access to refugees due to security concerns.

“If mobile phones are disconnected it will be a big problem for us,” Muhammad, a Rohingya refugee, told Deutsche Welle. “We will not be able to talk with our relatives as most of them live in other countries.”

Earlier this week, authorities ordered telecom companies to block services in the camps and stop selling SIM cards to the refugees.

The Bangladesh government said it imposed the ban after a spike in violent crimes in the Cox’s Bazar area, where most Rohingyas in the country are housed.

More than 730,000 Rohingyas fled Myanmar to Bangladesh in 2017 to escape persecution.

The government has been trying to repatriate the refugees back to Myanmar, but many have refused to return, believing they will be persecuted again if they do so.

13th Time is a Charm

Stock markets rose on Thursday following an announcement that US and Chinese officials will meet again in early October to put an end to the ongoing trade war.

October’s meeting will be the 13th round of trade negotiations between the two countries. The previous negotiations in July ended with little progress.

Still, China’s Ministry of Commerce confirmed that officials from both countries spoke Thursday with the intention of creating “favorable conditions” for upcoming negotiations, the Associated Press reported.

Chinese sources affiliated with the Communist Party expressed optimism over the upcoming meeting, saying that there will be “new developments” and “more possibility of a breakthrough,” according to CNBC.

For months, both nations have been slapping tariffs on each other’s imports, from soybeans to medical equipment, worth billions of dollars.

Meanwhile, analysts speculate that Beijing hopes President Donald Trump feels increasing pressure because of elections in 2020 to make a deal favorable to China.

However, Trump has warned that if he is re-elected, the US will take a tougher stance on China.

Not Perfect, but Better

Practice makes perfect, might be a common saying but in reality, it’s only part of the equation for perfection, scientists say.

In fact, in the case of violinists, practice is just one of the factors that leads to accomplishment, Smithsonian Magazine reported.

Researchers from Case Western Reserve University interviewed three sets of aspiring violinists, with each group rated at a different skill level, and asked the musicians about their practice habits.

They discovered that both the best and good violinists averaged about 11,000 hours before the age of 20 years, while the less accomplished group only clocked about 6,000 hours.

In their study, the scientists determined that while practice was important to reach elite levels, it wasn’t sufficient. Genetics, talent and environmental factors are also pivotal, study co-author Brooke Macnamara told Business Insider.

“Even the greatest in the world are not perfect, but to become great, it is likely a number of factors, depending on the task,” she said.

So while that is not good news for the 10,000 hours rule – it takes that many hours of practice to turn a student into a master, on the bright side, practice does make one better.