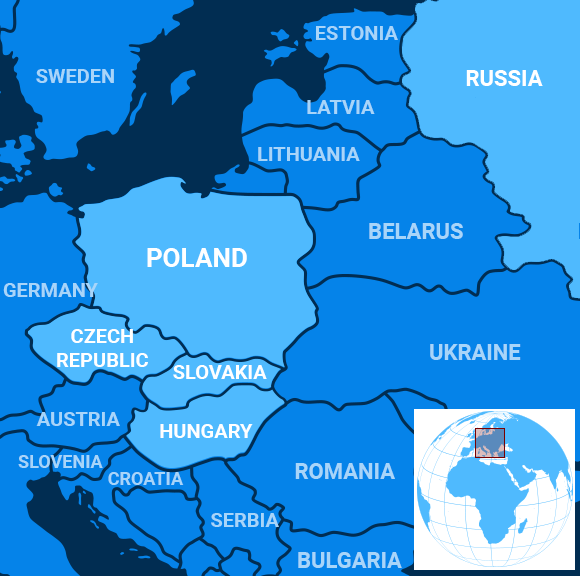 Aug. 19 marked the 30th anniversary of the so-called “Pan-European Picnic” in the city of Sopron in northwestern Hungary.

In 1989, the then-communist government of Hungary and the neutral government of Austria opened their border crossing in Sopron. In response, East Germans flooded into their Warsaw Pact ally, Hungary, with the goal of entering Austria and then traveling on to democratic and capitalist West Germany.

German Chancellor Angela Merkel and Hungarian Prime Minister Viktor Orban met in Sopron to mark the occasion. It was likely awkward. Irish broadcaster RTÉ described how the two leaders held diametrically opposed views on recent migrants. Merkel opened Germany’s doors to them. Orban sought to keep them out or make sure they didn’t stop on their way through his country.

More than border policies separate Merkel and Orban, of course. The former has announced that she will step down when her fourth term ends in 2021. Orban, meanwhile, has engineered politics with his majorities that critics say undermines democracy, ensuring that his nationalist, right-wing Fidesz–Hungarian Civic Alliance remains in power indefinitely. Orban has lauded so-called “illiberal” states like Russia and China while lamenting the vulnerabilities of democracies.

In Europe’s second anniversary, on Aug. 23, the continent honored the memory of the victims of all totalitarian regimes. The date coincides with the signing of the Molotov-Ribbentrop pact between Nazi Germany and the Soviet Union in 1939, when foreign ministers from the two totalitarian regimes carved up much of Eastern Europe between them before World War II began.

Russia recently put the original text of the agreement on display, arguing that it had to sign it as a matter of national security, the National Post reported. Some of the countries later annexed or occupied by Soviet forces see it differently, saying the pact “doomed half of Europe to decades of misery.”

The successes of Orban and other nationalist, right-wing leaders in Poland, the Czech Republic and elsewhere have led many to wonder which anniversary is more relevant to the continent today: the one celebrating openness or the one recalling self-inflicted divisions.

The Economist wrote about how, despite the rise of illiberal leaders, more mainstream politicians in Slovakia and elsewhere are winning office, too, pushing back the tide. The Financial Times agreed, though the British newspaper warned that voters were often more frustrated with corruption than the political ideologies in dispute.

Still, ironically, Bloomberg noted, Hungary in 1989 was a transit hub as the Iron Curtain fell, in the same way that today it’s a popular route – if not a destination – for Middle Eastern, African and other migrants seeking jobs and peace.

Some European leaders might fancy illiberalism and even autocracy. Ordinary people, however, often tend to vote in another direction, with their feet.

Servants of the People

Ukraine’s parliament voted Tuesday in favor of stripping lawmakers of immunity from prosecution, fulfilling one of the election promises of reformist President Volodymyr Zelenskiy.

“We promised to remove immunity, we promised that there would be no people with a special status in Ukraine,” Alexander Dubinsky, a lawmaker in Zelenskiy’s Servant of the People party, told Reuters.

The measure, passed by 373 out of 450 lawmakers, will take effect next year.

While many Ukrainians hailed the move, opponents worry that removing protection for legislators could leave them vulnerable to politically motivated prosecutions. Zelenskiy, meanwhile, argued that 90 percent of Ukrainians want this measure.

Zelenskiy, a former comedian who played a reformist president on a television show called Servant of the People, won the presidency in a landslide in April’s presidential elections. In July, he called for new parliamentary elections and his party won a majority of the seats.

Authorities arrested more than 180 people in the riots, which have become increasingly common in the country, Al Jazeera reported.

A recent report by the African Center for Migration & Society, which has monitored attacks on foreigners in South Africa for decades, called them a “longstanding” feature of post-apartheid South Africa.

About 8 percent of South Africa’s 50 million people are migrants.

The newspaper also said many locals attribute the recent violence to frustration over the country’s high unemployment rate, which is about 28 percent.

Meanwhile, tens of thousands of people on the continent have condemned the violence, using the hashtag #SayNoToXenophobia.

Hundreds of enraged residents in a Kabul neighborhood set fire to a guard tower and vehicles Tuesday, demanding that foreigners vacate the area a day after a Taliban truck bomb targeting a nearby international compound killed more than a dozen people.

“We’ve complained time and again to get this damn camp out of here because in each attack we suffer the most,” a resident told the New York Times.

In the attack, a bomb exploded close to the Green Village compound housing foreign residents in response to raids by US and Afghan forces across the country. The Taliban claimed responsibility.

The heavily fortified compound has been attacked in the past even as most casualties have been local residents living nearby.

The truck bomb also came hours after US envoy to Afghanistan, Zalmay Khalilzad, said that he had reached an agreement “in principle” with the Taliban that would see more than 5,000 US troops withdraw within 135 days.

Khalilzad said any troop withdrawal would be contingent on the Taliban abiding by the terms of the agreement, which includes the group cutting ties with al Qaeda and halting all attacks.

Still, Monday’s attack in Kabul cast doubt that the tentative peace agreement would put an end to nearly 18 years of fighting between US forces and the Taliban – or the violence that has plagued Afghanistan and escalated in recent years, the Associated Press reported.

The residents of the neighborhood near the compound say they have doubts that any agreement between the US and the Taliban will bring peace.

With only two members of the subspecies left, scientists are racing against time to prevent the northern white rhino from becoming extinct, the New York Times reported.

Recently, an international team managed to successfully fertilize seven of the 10 eggs harvested from the two females, boosting hopes for the species’ conservation.

“We were really able to do something no one before has been able to do,” said Jan Stejskal, of the Dvur Kralove Zoo in the Czech Republic.

Unfortunately, Najin and Fatu are not capable of birth, so the team hopes to use females from a related species, southern white rhinos, as surrogate mothers.

The scientists feel positive that their egg fertilization technique could be used in other conservation efforts.

“We gained so much knowledge, and we used technology that we can now apply way earlier for other endangered species before they reach this situation,” said veterinarian Frank Göritz, who helped harvest the eggs.