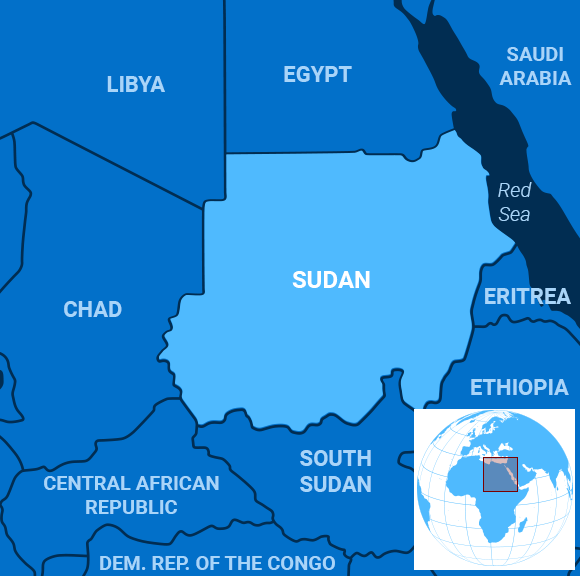 The signing of a peace deal between the Sudanese government and protesters in August was arguably the most positive international development of the year.

In April, as anti-government protests grew over complaints of corruption and economic stagnation, Sudan’s military ousted former dictator Omar al-Bashir after he had been in power for 30 years.

Al-Bashir’s exit didn’t satisfy the people, however. The sit-ins and demonstrations continued through June, when the military cracked down on protests, likely killing more than 100 people, Newsweek wrote. Popular support for the military plunged and the two sides sat down at the negotiating table.

As the BBC explained, the peace deal created an “interim ruling council” of six civilians and five generals. After three years, the country would hold elections. Economist Abdalla Hamdok, a former United Nations official, is now prime minister. Jumpstarting the poor economy and finding jobs for youths are at the top of his agenda.

“I think with the right vision, with the right policies, we will be able to address this economic crisis,” Hamdok told Al Jazeera. “We will have a plan that will address the immediate challenges through our recovery program, addressing the felt need by the people: issues of inflation, availability of commodities, wheat, fuel, medicine and all that.”

Hamdok has some tools at his disposal. Sudan has oil. Wealthy Gulf countries have also pledged $3 billion in aid, Bloomberg reported. But the prime minister has little control over the force that wields the greatest influence in the country: the army.

The chairman of the interim ruling council is Lt. Gen. Abdel-Fattah Burhan, a veteran soldier who had never previously been involved in politics, reported the National, an English-language newspaper based in Abu Dhabi.

Many of his colleagues, however, like Lt. Gen. Mohamed Hamdan Dagalo, have histories of ruthless, violent crackdowns on their fellow citizens, not only recently in Khartoum but also in Darfur in the last 15 years, author Jamal Mahjoub noted in a New York Times op-ed.

The military has a chance to demonstrate its allegiances. Al-Bashir recently appeared in court to face corruption charges. Many Sudanese think he deserves to be held accountable for far worse behavior than graft.

“It is a relief to see Bashir behind bars, but we think this is not enough,” an activist told the Financial Times. “The current case against him is about money laundering and dealing in foreign currency, [but] we don’t think this is the only crime that Bashir committed.”

Indeed, the International Criminal Court issued warrants a decade ago for al-Bashir’s arrest in connection with war crimes, genocide and crimes against humanity.

Giving him up would boost the country’s credibility among world leaders and world markets.

Indonesian President Joko Widodo said Monday that the country’s capital will move from the island of Java to Borneo – which until now was known primarily for its orangutans.

The country had announced in April that it would move the capital from the present Jakarta, a megalopolis with a population of 30 million people across the greater metropolitan area, due to a host of problems, the Associated Press reported. The most serious one, perhaps, is the fact that the city is rapidly sinking as its residents draw out the groundwater beneath it – even though it’s already highly contaminated.

Widodo said the country chose the eastern side of Borneo after a three-year study. The unnamed new capital city will benefit from relatively complete infrastructure because it will be located near the cities of Balikpapan and Samarinda.

More importantly, it will spread Indonesia’s wealth and people out from the island of Java, where more than half the country’s population currently resides.

The prime minister of the Democratic Republic of the Congo finally announced a new government Monday, following the election of President Felix Tshisekedi in December.

About two-thirds of the government posts went to allies of former President Joseph Kabila, Reuters reported. Though Kabila and Tshisekedi both denied such an agreement existed, after the election opposition leaders claimed they’d cut a secret deal to rig the vote and share power.

Kabila, who’d led Congo since the 2001 assassination of his father, Laurent, could not contest the election himself due to term limits – though multiple delays suggested he might try to circumvent the rules. Now, following marathon negotiations over the composition of the government, it appears he will still enjoy outsized influence over state affairs.

On Monday, Prime Minister Illunga Illunkamba named 65 cabinet ministers: 42 from Kabila’s coalition and 23 from Tshisekedi’s. Kabila’s Common Front for Congo (FCC) coalition also holds sway over the country’s security agencies and controls about 70 percent of seats in the lower house of Parliament and an overwhelming majority of provincial assembly seats, the agency noted.

A German appeals court on Monday suspended an order by the country’s antitrust office meant to compel Facebook to stop combining data it collects about users across its main site and WhatsApp and Instagram platforms, as well as on third-party apps and websites.

The ruling marks an early win for the social networking giant amid widespread regulatory scrutiny in both the US and Europe, the Wall Street Journal reported. In a statement, the Higher Regional Court in Düsseldorf said it had “serious doubts” about the legal basis for an order issued by the German Federal Cartel Office earlier this year.

“Even if the contested data breached data-protection rules, that would not be an infringement of competition law at the same time,” the court said.

The cartel office plans to appeal the decision to the Federal Court of Justice. But for now, it undermines a landmark move to rein in Facebook based on the premise that it abused its dominant market position by collecting data about its users.

Cat owners don’t have to worry anymore when they see their pet munching on green grass.

Scientists have recently discovered that, contrary to popular belief, cats eat grass all the time and it’s fine if they get sick from it, the Smithsonian Magazine reported.

Researchers surveyed over 1,020 owners on the internet who spent at least three hours a day checking how often their pet fed on vegetation.

The results showed that felines ate grass quite often and in 91 percent of the cases they showed no signs of illness prior to feeding on plants. About 27 percent vomited after eating grass.

So why do they do it?

The team believes that cats eat grass as part of an instinctual health regimen to get rid of parasitic worms in their guts – a trait that is common in primates and other carnivores, such as dogs.

“Regular, instinctive plant eating would have an adaptive role in maintaining a tolerable intestinal parasite load, whether or not the animal senses the parasites,” they wrote.

The good news is that cat owners can now let Fluffy roam the garden to feast on plants.

The bad news is that they may have to spend more time cleaning up their pet’s puke.

Correction: In Friday’s NEED TO KNOW section, we said in our “Gimme Shelter” item that the Irish economy was referred to as the Emerald Tiger during the 1990s and 2000s. It was in fact called the Celtic Tiger. We apologize for the error.