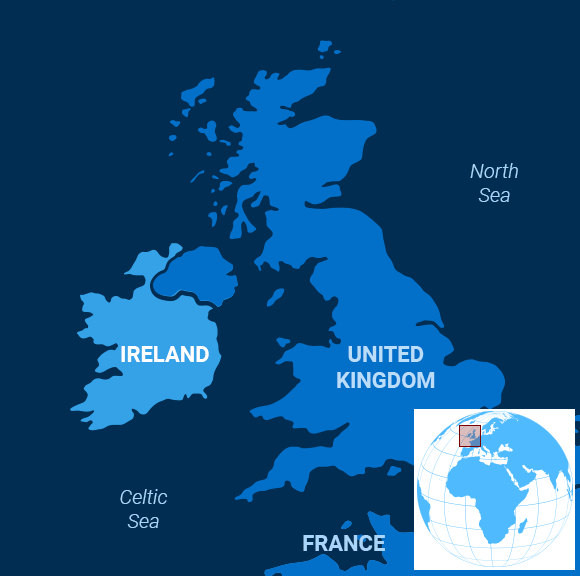 An Irish university student became famous after he tweeted a photo of a long, winding queue of people waiting to view an apartment that cost around $1,100 a month but reportedly was moldy.

The student, Tom Redmond, called out Irish Housing Minister Eoghan Murphy in the tweet, Extra.ie reported. “Is that housing policy working yet or should I just keep waiting? Pic from a viewing today in Cork city.”

The Irish housing crisis is in full swing.

Affordable housing has long been an economic keystone in the country. For years, Ireland’s homeownership rate was among the highest in the world, the New York Times explained. But the bursting of the international housing bubble in the financial crisis in 2008 led to a spike in foreclosures, evictions and homelessness. Investors snapped up available real estate when prices were low.

At the same time, home financing dried up after Irish leaders agreed to adopt austerity measures in exchange for a $77 billion bailout from the International Monetary Fund and European Union after the 2008 meltdown. Housing construction ground to a halt.

Today, complaints of housing shortages and high costs are commonplace. Lack of new rental units and, equally important, the popularity of cities like Dublin among tourists and foreigners – some may be connected with financial companies relocating before Brexit – have put the Irish capital in the top 10 most expensive places in the world.

A video in the Irish Independent toured “privately-owned student accommodations,” or dorm-like apartments, where students pay almost $280 a week for a bedroom with a private bath, and a kitchen and living area that’s shared by six to eight occupants. Traditionally, the majority of these private dorm accommodations were rented by foreign students, the video journalist noted, but more Irish have been opting for them recently as the housing crisis continues.

The situation reflects the failure of the “Rebuilding Ireland” campaign the government launched three years ago to tackle the housing problem, wrote homeless advocate Peter McVerry in an Irish Times opinion piece. The government currently pays around $2.5 million a day in rent subsidies to private landlords to house families who otherwise might live on the street, McVerry noted. It could have built 10 homes a day for the homeless with that funding, he said.

Once hailed as the Emerald Tiger, Ireland led the way in globalizing its economy in the 1990s and 2000s, benefitting from multinational firms like Google establishing their European headquarters in the republic. Now its housing crisis might be the tip of the iceberg in the region. Two-thirds of British residents feel they live in a housing crisis, for example, according to polls.

Meanwhile, the rents continue to soar.

South Korea on Thursday pulled out of a deal to share military intelligence with Japan in an escalation of the dispute between the two countries that could hamper efforts to track Kim Jong-un’s efforts to develop advanced weapons for North Korea.

Kim You-geun of the National Security Council in Seoul said the move came in response to Japan’s decision to drop South Korea from a list of trusted trading partners earlier this month, citing security issues, the Washington Post reported.

“Under these circumstances, the Government of the Republic of Korea decided that maintaining this agreement, which was signed to facilitate the exchange of sensitive military information, does not serve our national interest,” Kim said.

South Korea has also revoked Japan’s favored nation status in connection with the longstanding dispute, which is rooted in South Korean court rulings ordering Japanese companies to pay compensation to Koreans who were forced to work in Japanese factories during Japan’s occupation of the peninsula during World War II.

Heck No, We Won’t Go

None of the Rohingya refugees living in crowded camps in Bangladesh showed up to be repatriated to Myanmar on Thursday, refusing to return to their home country until they are guaranteed full citizenship.

“Not a single Rohingya wants to go back without their demands being met,” said Bangladesh refugee commissioner Abul Kalam, according to the Associated Press.

More than 700,000 members of the Muslim ethnic minority fled from Myanmar to Bangladesh two years ago in the wake of a brutal military crackdown that featured the mass rapes, killings and burning of homes.

Myanmar is now trying to woo some of them back to improve its international image. About 3,000 refugees had been deemed eligible for repatriation efforts that were slated to begin Thursday. But those allowed to return were to be granted provisional identification documents rather than full citizenship and most still harbored doubts about how safe they would be in their erstwhile home.

As a result, neither Bangladesh nor the United Nations was willing to force them to return.

Slovenia began building more fencing along its border with Croatia to keep out a rising tide of migrants seeking to enter the country illegally.

Though both countries are members of the European Union, Slovenia’s police said 7,415 illegal migrants crossed from Croatia into Slovenia in the first seven months of this year, Reuters reported. That represents an increase of more than 50 percent from the same period of 2018 as more people try to reach wealthy Western states through the Balkans.

In response, Slovenia hired contractors to put up another 40 kilometers (25 miles) of fencing along the border, bringing the total fenced portion to 219 km, or about a third of the frontier.

Slovenia began the border fence at the height of Europe’s refugee crisis in 2015, when about half a million illegal migrants passed through the country. Most of the migrants today are from Pakistan, Algeria, Afghanistan, Morocco and Bangladesh, primarily passing through on the way to Italy or Austria.

Archaeologists are adding another prehistoric animal to the list of giant extinct creatures.

Meet “Squawkzilla,” the largest parrot ever discovered and believed to have stood nearly as tall as the average 4-year-old American, the Washington Post reported.

Researchers previously discovered the bones of the bird – scientifically known as Heracles inexpectatus – in 2008, but mistook it for a giant eagle.

In a recent study, they noted that the bird lived during the Early Miocene period over 20 million years ago, and estimated that it weighed about 15 pounds. That’s twice the weight of the current reigning giant parrot, New Zealand’s endangered kakapo.

But the hefty ancient avian was far from being warm and fuzzy.

It couldn’t fly so it had to feed on whatever was available on the ground – berries and seeds, perhaps, and maybe small animals, including other parrots.

“This was Squawkzilla,” study co-author Michael Archer told National Geographic. “This was a potential horror that was maybe eating other parrots.”

If the big bird was capable of speech, as certain parrots are, this parrot probably wouldn’t want a cracker. It would be asking for meatier treats.

Or maybe feasting on its owner.