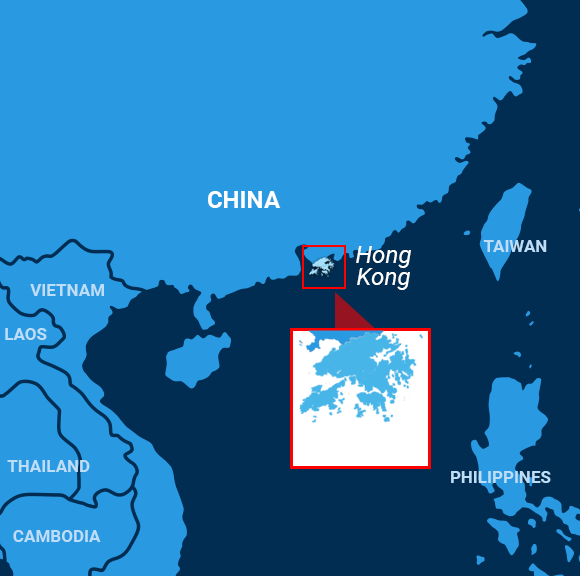 Protesters shut down Hong Kong’s commuter rail system in late July. They blocked trains from leaving the city or blocked doors to keep trains in their stations.

Some commuters sympathized with the civil action. “I think my work and meeting could wait,” one commuter told the BBC. “But our freedom, safety [and] human rights are being taken away and that can’t wait, so I’m OK with it.”

The protests were the latest in two months of civil unrest in the Chinese-controlled, former British colony. The street actions started in opposition to a now-defunct proposal to enable extraditions to mainland China. Lately they have transformed into a general movement for greater independence from Beijing.

Police recently clashed with protesters who gathered as 44 people charged with rioting were released on bail, reported the South China Morning Post. Police used pepper spray to disperse people throwing eggs and umbrellas at the building. The umbrella is a symbol of Hong Kong’s civil rights movement.

The Guardian described the crisis as the worst since control of Hong Kong transferred to China in 1997. Under the separation agreement, the city was supposed to enjoy a “high degree of autonomy.” The policy was called “One country, two systems.”

As the violence appears to be escalating, observers wonder how Chinese leaders in Beijing will respond. CNBC outlined three possible scenarios: They could wait out the protests and let them fizzle; they could crack down and even impose martial law; or they could grant concessions, like democratic local elections.

At present, the central government appears to be waiting out the unrest. A crackdown would lose the people permanently, while nobody appears ready for concessions.

The dilemma suggests that China might have already lost Hong Kong, Foreign Policy wrote. The Chinese officials overseeing the city can compromise and lose face, or they can send in the People’s Liberation Army and lose popular support. Years of suppressing dissent since protests first erupted in 2014 haven’t helped shore up support for the Chinese authorities, either.

The one country, two systems model simply might not be up to the job.

Many Hong Kong activists believe their revolution more resembles that in Ukraine than, say, the American civil rights struggle, Quartz wrote. Hong Kong residents, like Ukrainians, feel as if they’re the little guys in a David-versus-Goliath struggle. They feel like a bullying neighbor is arbitrarily deciding to rob them of their sovereignty and annex their territory.

The conflict is international. Pro-nationalist Chinese students and activists have clashed with pro-Hong Kong students in Australian universities, the New York Times reported.

China might be vast and powerful, but Hong Kong won’t be going easy.

Brazil’s lower house of Congress on Wednesday approved a bill to overhaul the country’s pension system, setting it up for likely passage in the Senate in September.

Under debate for more than a year, the reform is a key step to reducing the country’s massive budget deficit and an essential part of President Jair Bolsonaro’s plans for revitalizing the flagging economy, Reuters reported.

According to Bolsonaro’s government, the overhaul will save the treasury 933 billion reais ($235 billion) over the next decade by raising the minimum retirement age and reducing some workers’ benefits.

Under some circumstances, that’s not a terrible ratio, but the eighth largest economy in the world is still reeling from a commodities bust that brought its soaring 7.5 percent GDP growth in 2010 to -3.6 percent in 2016, noted financial website thebalance.com. And its sovereign bonds are rated below investment grade (or “junk”).

Uganda’s communications regulator on Thursday issued new rules compelling social media influencers and others with large, commercialized online followings to register their activities for monitoring by the state.

Ostensibly intended to curb immoral and prejudiced content, the measure has drawn flak from critics who say its real purpose is to quash criticism of President Yoweri Museveni and his government, Reuters reported.

The announcement follows the jailing of a university lecturer last week for 18 months on charges of cyber harassment related to a Facebook post criticizing the president, the agency noted. At least 33 Ugandans were summoned and interrogated by police or charged with online communications offences between 2016 and 2018, according to the monitoring organization Unwanted Witness.

In power since 1986, Museveni will likely run for yet another term in the next presidential election in 2021 – possibly facing pop star-turned-politician Robert Kyagulanyi, aka Bobi Wine.

Morocco compensated hundreds of victims of human rights violations, some perpetrated by the government and the military, in efforts to resolve cases dating back to more than 60 years.

The country paid out $9.1 million on Tuesday and Wednesday to victims and their families for abuses committed between 1956 and 1999, the government said, according to the Associated Press.

The 624 people who received compensation included about 80 who were the victims of the Algerian-backed Polisario Front, a group Morocco has long been in conflict with over the Western Sahara border, Morocco World News reported. Presumably, many, if not all, of the others were victims of state-sponsored violence during the so-called “Years of Lead.”

However, just before the payments were issued, Human Rights Watch criticized King Mohammed VI – who created the Equity and Reconciliation Commission (IER) in 2004 to deal with the atrocities committed during the 38-year reign of his father – for failing to follow through.

To get the first round of about $100 million in reparation checks, victims testified in hearings similar to South Africa’s Truth and Reconciliation Commission process. But there were no prosecutions, and the reforms recommended to prevent such abuses from recurring have not been seriously implemented.

People form close connections while sharing experiences with one another, such as watching a big game or playing board games or sports.

Turns out that chimpanzees can also become friends after watching a video together, according to researchers from Duke University.

In a recent study, scientists put chimpanzees in pairs and showed them a short video. Then they measured how long the chimps took to approach their partner, the distance between them, and how long this proximity would last, the Guardian reported.

The experiment was also conducted on pairs of bonobo apes. Some of the apes were also paired with humans, who would either watch the video with the animal or stare at a clipboard instead.

Results showed that the paired primates – regardless of with whom they were paired – got closer to their partners and spent more time with them, compared to those that watched alone.

Bonding over group activities hasn’t been noticed in other animals before, but the study suggests that social bonding through shared experiences has deep evolutionary roots.

“It’s exciting that at least some parts of the psychology that we need to connect through shared experiences may actually have a slightly older evolutionary history than previously suspected,” said lead author Wouter Wolf.