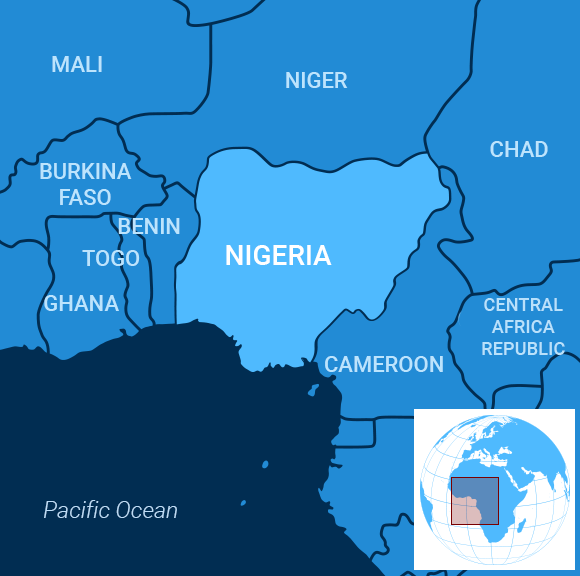 The attack, blamed on the Islamic militant group Boko Haram, was thought to be a reprisal in a tit-for-tat conflict that has taken hold of the region, including remote areas of Cameroon, Chad and Niger.

Cows are a mainstay of the local economy in northeastern Nigeria. The mourners were villagers fed up with Boko Haram’s cattle rustling. Sick of waiting for the government to take action, they formed a militia to fight the group. Villagers recently won a skirmish, killing 11 Boko Haram fighters and seizing their automatic weapons.

“These people have been stealing from us so we decided to come together because we could no longer wait for an eternity for soldiers to defend us,” Aji Gaji Mallam told the New York Times.

Mallam was present at the funeral attack. He survived by pretending that he was dead for three hours. Four of Mallam’s brothers had died in previous Boko Haram assaults.

Few appear to have much confidence in Buhari, who won office in 2015 on promises to defeat Boko Haram but nonetheless began his second term in office in May amid “a tense backdrop of insecurity and economic uncertainty,” CNN wrote.

The militant group has been active for 10 years now.

In a video about the roots of Boko Haram, the BBC described how the 2009 death in police custody of the group’s founder, Mohammed Yusuf, led to a continuing campaign of terror that has killed 30,000 people and displaced more than 2 million.

The group made headlines in 2014 when militants kidnapped 276 girls from a boarding school in Chibok. The pace of incidents has been relatively steady since then. Earlier this year, for example, Boko Haram-related violence displaced 30,000 people in two days.

Nigeria is a land of contrasts. It has enormous oil wealth. But its people are impoverished amid rampant corruption. It faces problems Americans can understand: Some fear, for example, the role that fake news spread on WhatsApp might play in elections, Quartz noted. Meanwhile, the Guardian reported on how open defecation is a major public health challenge in the remote state of Kano.

Nobody can deal with real problems while maniacs are running loose.

China warned Tuesday that it would match any US move to deploy intermediate-range missiles in the Asia-Pacific region with its own measures, following a US statement that it plans such a move within months.

In the same statement, Fu Cong, the director of the foreign ministry’s Arms Control Department, said the US withdrawal from the Intermediate-Range Nuclear Forces Treaty would have “direct negative impact on the global strategic stability,” the Associated Press reported.

He also warned South Korea, Japan and Australia against allowing Washington to base such weapons on their territory, cautioning them to “exercise prudence.” US Defense Secretary Mark Esper said in Asia over the weekend he wanted to deploy intermediate-range missiles in the region in a matter of months, but Australia has already said it would not be a base for them.

When it comes to disarmament, Beijing can claim the moral high ground, as China has an estimated 290 nuclear warheads deployed, compared to 1,600 for Russia and 1,750 for the US.

The US warned Turkey against a planned military operation against the US-backed Kurdish People’s Protection Units (YPG) in northern Syria, saying such a unilateral incursion would be “unacceptable.”

The YPG is part of the Syrian Democratic Forces (SDF), which have taken control of much of northeastern Syria from the Islamic State with US support. But while US Defense Secretary Mark Esper told reporters in Tokyo that Washington has no plans to abandon the group, he stopped short of vowing to protect them from a Turkish attack, Al Jazeera reported.

Unlike previous incursions, this one would target areas east of the Euphrates River where hundreds of US troops are stationed, the Associated Press reported.

For his part, Turkish President Recep Tayyip Erdogan reiterated his intention to hit YPG, which Turkey views as a terror group, on Tuesday. “Turkey has the right to eliminate all threats against its national security,” he said in a televised speech.

Ankara has also accused Washington of dragging its feet about the establishment of a “safe zone” inside Syria’s northeastern border with Turkey that would be cleared of the Kurdish YPG, Al Jazeera noted.

Ukraine President Volodymyr Zelenskiy called for the leaders of Russia, Germany and France to resume negotiations for a peaceful resolution of the separatist conflict in Ukraine’s eastern Donbass region following the deaths of four soldiers in shelling on Tuesday.

“The ceasefire lasted for 17 days. Today’s incident is aimed at undermining not only this truce but also the negotiation process as a whole,” Zelenskiy posted on his Facebook account, according to Reuters.

The incident marked the highest single-day death toll since October, according to Ukraine’s Defense Ministry.

Since 2014, clashes between Russian-backed forces and Ukrainian troops have resulted in 13,000 deaths despite the so-called Minsk Agreement that was meant to end hostilities in 2015. Small-scale skirmishes continue, and a complete end to the fighting has proven elusive, as both sides accuse the other of failing to honor their commitments.

Under the Minsk Agreement, as soon as a sustained ceasefire can be achieved, the two sides are meant to begin negotiating a lasting peace – but the ceasefires themselves keep failing.

Pinky and the Brain

The trailer for the forthcoming movie “Cats” has confused a lot of people on social media and has raised questions about whether human-animal hybrids are a good idea.

Such hybrids could, in fact, result from a Japanese team’s controversial plan to experiment with implanting human stem cells into mouse and rat embryos, Gizmodo reported.

The Japanese government recently gave the study its approval.

“Finally, we are in a position to start serious studies in this field after 10 years of preparation,” lead scientist Hiromitsu Nakauchi told the Asahi Shimbun, one of Japan’s largest newspapers.

The experiments, however, won’t result in anthropomorphic mice walking the Earth. Instead, they’re intended to advance the field of human organ transplants and eventually offer a new source of transplantable organs from larger animals, such as sheep and pigs.

Nakauchi’s team aims to insert human stem cells into rodent embryos that can’t grow a pancreas from their own cells, and have the embryos develop the organs from the human cells. Researchers will then transplant the modified embryos into the wombs of adult rodents and monitor the growth of the human cells after the infants are born.

In the past, scientists have conducted such experiments in sheep and pig embryos, but all the pregnancies were terminated.

There are many ethical concerns regarding the new experiments, such as what happens if human cells get into a test animal’s brain and affect its cognition.

If that’s the case, it might look more like the ’90s children’s cartoon “Pinky and the Brain.”