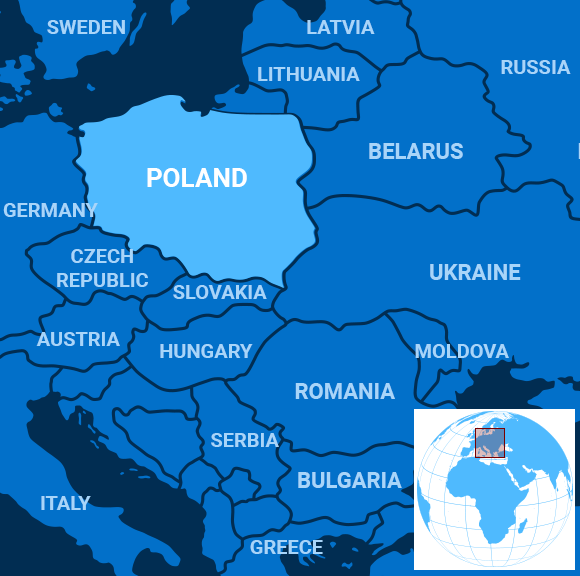 Founded by freedom fighter, Nobel Peace Prize laureate and former president of Poland, Lech Walesa, Solidarity has long been viewed as playing a key role in the fall of the Berlin Wall in the late 1980s.

But as the end of communism in Eastern Europe reaches its 30th anniversary in November – the same month by which Polish voters must go to the polls to elect a new parliament – the ruling Law and Justice Party strongman and former Prime Minister Jaroslaw Kaczynski is seeking to rewrite the history of Walesa and Solidarity.

“How?” asked the Irish Times. “By denigrating Walesa’s negotiated transition to democracy as a lazy compromise that allowed communist figures to cling to power and influence, at the expense of ordinary Poles who feel they have been left out of the neo-liberal transition.”

The Brookings Institution described the Law and Justice Party as a right-wing populist party that rose to prominence on a platform of anti-immigration, pro-Catholic conservative values – a Polish version of the so-called “illiberal” wave that has also transformed Hungary and other states.

Prime Minister Mateusz Morawiecki is a member. The party has been thriving in the divisive climate that has taken hold in Poland. Hoodlums recently threw flash bombs, rocks and glass bottles at an LGBTQ parade, for example.

“Today Poland is split between supporters of the nationalist, autocratic model of the ruling party, and those favoring the ideals of liberal democracy embodied in the European Union,” wrote the New York Times.

Here’s an example of the climate: Polish right-leaning magazine Gazeta Polska recently included “LGBT-free zone” stickers in its pages, the Australian Broadcast Company wrote. The magazine viewed the stickers as upholding free speech. “The LGBT ideology-free zone is a zone of freedom of speech, tolerance and respect for people who think differently,” the magazine’s editor-in-chief said.

There’s bad blood particularly between Walesa and Kaczynski, who was an early Solidarity member along with his twin brother, Lech Kaczynski, who later became Poland’s president. The Kaczynski brothers long alleged that Walesa was a communist plant code-named “Bolek.” Walesa denied the claim.

But Walesa is no angel. He has suggested that Kaczynski might have pushed his twin brother Lech to land in the fog at a Russian airport in 2010, leading to a crash that killed the brother and much of the rest of Poland’s political elite. Kaczynski sued. Recently, a court ordered Walesa to apologize for his remarks, the Associated Press reported.

That’s one way of setting the record straight for coming generations.

Representatives of the United Arab Emirates and Iran met Tuesday in Tehran to discuss maritime security for the first time in six years, amid escalating tensions in the Persian Gulf.

An Emirati official said the talks were unrelated to current tensions resulting from Iran’s seizures of an Emirati-based ship and British-flagged oil tanker in the Strait of Hormuz earlier this month, the Associated Press reported. Rather, they focused on issues related to border security and navigation in shared waters, he claimed.

But the timing of the first such meeting since 2013 can hardly be ignored, especially considering that the UAE downgraded diplomatic ties with Tehran in 2016 and has been fighting a proxy war alongside Saudi Arabia against the Iran-backed Houthi rebels in Yemen since 2015.

The incidents in the Strait of Hormuz have prompted fears in the UAE that Iran’s struggle against US sanctions may spark a wider regional conflict. It has therefore tempered its previous tough talk in favor of calls for diplomacy, the agency said.

Bangladesh is battling the worst outbreak of dengue fever it has ever faced, with more than 1,300 people diagnosed with the potentially deadly disease in just one hospital over a 24-hour period.

So far this year, at least 41 people have died from the virus, which has taken hold in 63 out of 64 districts nationwide in what officials say is the worst dengue outbreak since records began, the UK’s Telegraph newspaper reported.

Spread by mosquitoes, dengue causes severe fever, headaches and joint pain. About 400 million people contract the disease every year worldwide, and around 22,000 of them die from it, according to the Centers for Disease Control.

This year in Bangladesh, however, there has been a sudden surge in infections. From 1,820 cases in June the number of the sick soared to 13,182 in July. And 1,335 new patients were diagnosed between July 29 and 30 in the Dhaka Medical College and Hospital (DMCH) alone, the Telegraph noted.

Officials blame a construction boom in Dhaka that has resulted in more standing water than usual, allowing more mosquitoes to breed.

Costa Rica and Panama teamed up to raid dozens of locations and arrest nearly 50 people linked to an international network of human traffickers Tuesday.

The network is believed to be involved in smuggling people from Africa, Asia and the Caribbean through Central America and toward the United States, prosecutors said, according to Reuters.

Costa Rican authorities raided 36 facilities near the country’s borders with Panama and Nicaragua, arresting 37 people, while in Panama federal police arrested another 12 people allegedly connected to the same network.

Costa Rica has documented 249 migrants who were transported by the smuggling ring, but “there have been many more,” said Stephen Madden, deputy director of Costa Rica’s migration police.

The news agency cited a Costa Rican police report as saying that the smugglers transported migrants overland and by sea via the port of Puerto Soley to Honduras, where other organizations based in Guatemala picked them up for transport into Mexico and as far as the southern border of the United States.

Thanks to Facebook status posts, people can keep their social circle informed about what they’re doing, thinking and feeling.

They may not see, however, that certain words in those posts can reveal a lot about their health, according to a recent study.

Researchers from the University of Pennsylvania discovered that keywords in Facebook statuses, used in combination with other information on the platform, can help predict if a person suffers from various physical or mental illnesses, Quartz reported.

Such content “can reveal disease markers in patients’ daily lives that are otherwise invisible to clinicians and medical researchers,” the researchers wrote in their study.

For some conditions, keywords were fairly obvious. If users posted words like “drink” or “bottle,” for example, they might be suffering from alcohol abuse. For other ailments, the words were less clear. Diabetes, for instance, was associated religious words like “god,” “family” and “pray.”

And sometimes the system flopped. It was lousy at predicting obesity.

The researchers are positive about potential applications of their study, but acknowledge it has limitations. There were only 999 participants in the study and users had to keep an active online presence for the data to be gathered.

Facebook has also received a lot of criticism in recent years about its data-handling practices, and users might not be fond of giving away their private data.

Still, the findings certainly open up interesting, if controversial possibilities.