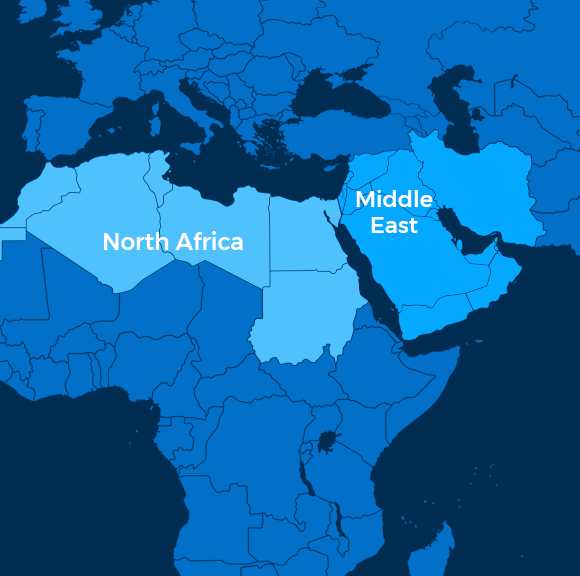 Careful What You Wish For

A power-sharing agreement recently enacted between the Sudanese military and protesters has instilled hope among Arab democracy advocates.

The agreement comes after the military ousted Sudanese President Omar al-Bashir in April after 30 years in power and set up a ruling council of generals. Then Sudanese security forces killed at least 100 people in June when soldiers dispersed a sit-in of tens of thousands of pro-democracy protesters who were camped outside military headquarters in Khartoum, the capital. The generals now felt like they needed to talk.

Still, the agreement is skewed toward the military. A general will head an 11-member civilian-military council for 21 months, the Associated Press explained. Then a civilian will lead it for 18 months. Then elections will take place.

“Sudan is now at a crossroads: continuation of the Bashir regime without Bashir or democracy?” asked security expert Sheldon Gellar in an op-ed in the Jerusalem Post. “The overwhelming majority of the Sudanese people have rejected dictatorship and corrupt government and opted for peace, democracy and economic reform.”

But the Washington Post reminded readers of an all-too-frequent pattern in countries that experience a so-called Arab Spring. Often the allies of the former strongman remain in charge, the newspaper warned.

Also, today, rich authoritarian Arab nations like Saudi Arabia and the United Arab Emirates work against democracy in the region, as in Egypt, Libya and Yemen, argued Iyad el-Baghdadi in the New York Times.

Saudi and Emirati leaders say they want to stop Islamist extremism and promote regional stability, but Sudan’s uprising is one against political Islamists, el-Baghdadi says. What the Saudis and the Emiratis really want is to stop a major Arab country’s transition to democracy because they worry it would lead to upheaval at home.

Some observers, like Larry Diamond of Stanford University, have argued that oil impedes democracy, giving autocrats money to buy off citizens who have little stake in a government that does not need their tax dollars.

Certainly, many Arab countries need to improve their human rights records, including freedom of the press, a vital component for democracy, as journalism think tank Poynter recently discussed.

Of course, the West is not always pleased with Arab democracy either, the Independent told readers recently. The first democratically elected president of Egypt, Mohammed Morsi, was jailed after losing power in a military coup in 2013 and died recently during a hearing in a Cairo courtroom. Morsi was an Islamist who was not popular in Washington. Many even declined to use the word “coup” to describe what transpired when he was ousted.

With democracy, it seems, be careful what you wish for.

An unprecedented heatwave is sweeping across Europe, shattering temperature records in France, Belgium and the Netherlands.

Paris reached 109 degrees Fahrenheit, the hottest it has ever been, the Washington Post reported. Meanwhile, temperatures in the Netherlands crossed 104 degrees Fahrenheit (40 degrees Celsius) for the first time in history. Germany reached a record 107 degrees (41.7 Celsius).

The heat is especially punishing because most buildings in European cities are not equipped with air conditioning, the paper noted.

Various commentators are linking the extreme weather to climate change, though weather and climate are different things. Meanwhile, some studies show that heatwaves are becoming more frequent and severe and lasting longer as the result of the broader increase in temperatures.

Over the weekend, the heatwave is expected to move across Scandinavia, potentially covering much of the Arctic Ocean and Greenland and predicted to result in a record low in sea ice.

A New Kind of Threat

North Korea test-fired a “new type of short-range missile” on Thursday, according to Seoul, in what South Korea’s Ministry of Defense described as “a military threat and an action undermining efforts to alleviate tensions on the Korean Peninsula.”

Pyongyang fired two missiles early Thursday toward the East Sea, also known as the Sea of Japan, CNN reported. The first flew about 265 miles and the second about 428 miles, South Korean officials said.

The news channel said a US official confirmed that Washington is aware of the launch but declined to make any further comment, while a defense analyst with the Federation of American Scientists said such short-range missiles are usually “thought of as a first-strike weapon.”

The first missile launches since President Donald Trump crossed into North Korea in his famous overture of peace, the tests followed shortly after a visit to South Korea by US national security adviser John Bolton.

They may signal dictator Kim Jong-un’s frustration with the deadlocked negotiations, or they could be a response to the July 20 announcement that the US and South Korea will conduct joint military exercises as planned next month, CNN said.

In a bid to inject as much as $11.2 billion into its slowing economy, Brazil unveiled a plan to allow workers to withdraw up to 500 reais ($133) from a severance fund they can normally only access when they lose their jobs, buy a house or retire.

Some cash will also be released from a social security fund, Agence France-Presse reported.

President Jair Bolsonaro called it an “emergency measure” to boost an economy that is “not doing well,” adding that it will help around 63 million people with “debts and overdue water, electricity and gas bills.”

The move is expected to add 2.5 percentage points to GDP per capita over 10 years as well as create 3 million jobs, the agency said. But in the short term, the country is on the brink of recession after a contraction of 0.2 percent in the first quarter of 2019. Economists forecast growth of less than 1 percent for the full year, and around 13 million people are unemployed.

The move comes shortly after the International Monetary Fund slashed its 2019 economic growth forecast for Latin America by more than half, Reuters noted.

Negative perceptions of certain foods can prevent people from trying new diets or foreign cuisine out of fear – a phenomenon known as food neophobia.

Enter the French, those famous foodophiles, to help.

Scientists and chefs at the Paul Bucose Institute in France have been investigating the irrational fear of new foods and are looking for ways to tackle it.

“The idea is to use scientific knowledge about the mechanisms of taste perception to stimulate innovation and creativity among chefs,” researcher Jérémie Lafraire told the BBC.

Lafraire explained that the phobia varies from person to person and is based on genetic, environmental and cultural factors.

To change perceptions, chef Julien Ferretti argued that new approaches need to be used that will make a dish more appetizing.

In one example, he developed a new recipe for foie gras – a luxury dish made from duck or goose liver – that made the meaty dish look more like a desert.

He emphasized that it’s important for chefs to highlight the food’s aroma, “not necessarily its looks.”

Still, neophobic people might be unwilling to try a stinky durian fruit, or raw fish, but their fear may make them more prone to cardiovascular diseases and diabetes, due to the lack of food variety – something alien in food-obsessed France.