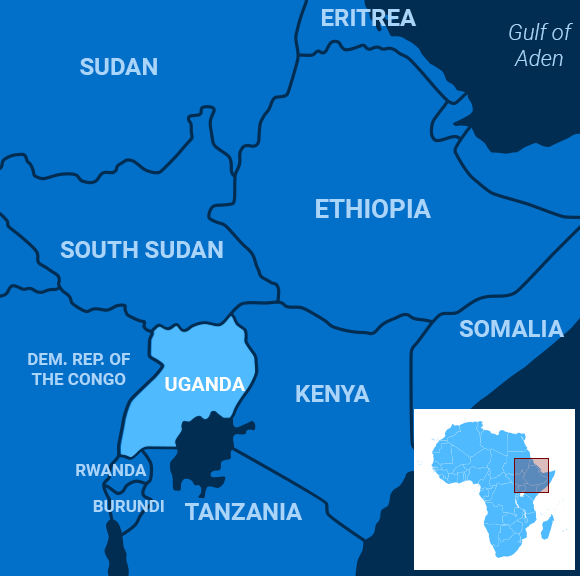 At Ihandiro primary school in western Uganda, teachers have been stressing a different lesson from reading and math: Wash your hands.

That’s because of a deadly outbreak of the Ebola virus in the nearby Democratic Republic of Congo that World Health Organization officials last week declared a “public health emergency of international concern.”

The last time they made such a declaration was during the Ebola outbreak four years ago in West Africa that resulted in more than 11,000 deaths, the Washington Post reported.

Ebola has been spreading for a year in Congo, killing around 1,700 people while around 700 have managed to overcome infections with the deadly virus. But the situation became more serious after a case was confirmed in Goma, a Congolese city of almost 2 million people on the Rwandan border.

“The identification of the case in Goma could potentially be a game-changer in this epidemic,” said WHO Director-General Tedros Adhanom Ghebreyesus at a United Nations meeting in Geneva. Goma is “a gateway to the region and the world.”

The victim was a Goma-based pastor who had traveled to a region where the virus was prevalent. He likely preached in churches and laid his hands on infected congregants, an easy way to transmit the sickness, the Guardian wrote.

“Avoid handshaking, hugging, mass gatherings, and observe infection prevention and control practices such as washing hands with soap and clean water at all times both at health facilities and communities,” said a Uganda Health Ministry statement, according to africanews.

But civil strife in Congo has made it hard for local officials to vaccinate people and tend to the sick, opening the way for more infections. President Felix Tshisekedi recently described interethnic fighting in the country as “attempted genocide,” reported Al Jazeera.

But Tshisekedi might be able to solve some of the other issues hampering doctors. “We really have to find ways to stop the interruptions to this response due to insecurity, due to political protests and due to nonpayment of salaries,” David Gressly, the UN’s Ebola response coordinator in the country, told Public Radio International.

The porousness of borders in east-central Africa presents challenges to public health, too. A Congolese fishmonger who recently succumbed to the virus might have carried Ebola to Rwanda and Uganda, Reuters reported. Of course, disrupting such movements isn’t going to help the impoverished people living in the region, either.

It’s a hard challenge that at least has many governments to tackle it. That’s because no one wants to see a repeat of the death toll in West Africa.

Japanese Prime Minister Shinzo Abe’s ruling coalition won a sweeping victory in the country’s upper house election on Sunday, but just missed the two-thirds majority needed to guarantee the reforms of Japan’s pacifist constitution that Abe is pursuing, according to a projection by public broadcaster NHK.

With only a handful of seats yet to be called, the broadcaster said Abe’s Liberal Democratic Party (LDP) and its coalition partner had secured 71 of the 124 seats being contested in Parliament’s 245-seat upper house, Reuters reported.

With the uncontested seats, that gives Abe’s bloc a clear majority, but not the 85-seat “supermajority” needed to reform the constitution, the agency said.

Abe nevertheless said the victory indicated that voters want to see such reforms and he still hopes to convince opposition legislators to back his proposal to revise a clause of the constitution that bars Japan from maintaining a standing army – though in practice it already works around the ban to a degree with its Self-Defense Forces.

You Can’t Get There From Here

Still recovering from violence and political chaos that dates back to 2011, Egypt’s tourism industry was hit with yet another blow on Saturday as British Airways and Lufthansa suspended their flights to Cairo following a travel advisory issued by the British Foreign and Commonwealth Office.

“Additional security measures are in place for flights departing from Egypt to the UK,” the advisory said, without mention of a specific threat, according to the Wall Street Journal. For its part, Lufthansa lifted its suspension of flights on Sunday, but British Airways’ weeklong suspension remains in place.

The warning comes amid Britain’s standoff with Iran over its seizure of a British-flagged vessel in the Strait of Hormuz in what Tehran views as retaliation for the seizing of its vessel off Gibraltar July 4. And the travel advisory expands to Cairo the British government’s longstanding warning against air travel to the Egyptian resort of Sharm el-Sheikh, where a Russian passenger jet was bombed in 2015.

More than 11 million foreign tourists visited Egypt in 2018, up from a nadir of just 5.4 million in 2016 following the Sharm el-Sheikh incident.

Nearly 2,000 firefighters are battling wildfires in Portugal that have already injured 20 people since breaking out Saturday.

The fires are spreading from three fronts in the district of Castelo Branco, about 125 miles northeast of Lisbon, Portugal’s civil protection agency said, according to the UK’s Guardian newspaper.

Interior Minister Eduardo Cabrita told reporters that the near-simultaneous outbreaks are being viewed as suspicious, and an arson investigation has been launched.

Along with about 1,800 firefighters, Portugal has deployed 19 firefighting aircraft and hundreds of vehicles, as the flames threaten to engulf local villages, as has become commonplace in California and elsewhere across the western United States.

Portugal, too, has faced a serious wildfire problem over the past several years, due to its hot weather, heavy forests and the strong winds off the Atlantic, the BBC noted. But after a record 106 people were killed in 2017, the government initiated stronger prevention measures that are credited with cutting the death toll to zero last year.

In a game based on hidden information, the AI was able to effectively deal winning hands and predict its opponents’ bluffs, the New York Times reported.

“It does all the things the best players in the world do,” said Darren Elias, who has won a record four titles on the World Poker Tour. “And it does a few things humans have a hard time doing.”

Researchers trained the algorithm to play against itself and other players to refine its decision-making process and to perform complex feats, such as bluffing and random behavior.

The games were played online, so Pluribus was able to foresee its opponents’ moves without decoding their emotions or physical “tells.”

The AI’s success could mean that future scientists can develop similar complex problem-solving systems that can be used in other fields that involve hidden information, such as stock trading and cybersecurity.

Michael Wellman, a computer scientist who was not involved in the study, told the Times that while this is possible, reality is far more complex than a game of cards.

“This is a promise that is yet to be kept,” he said.