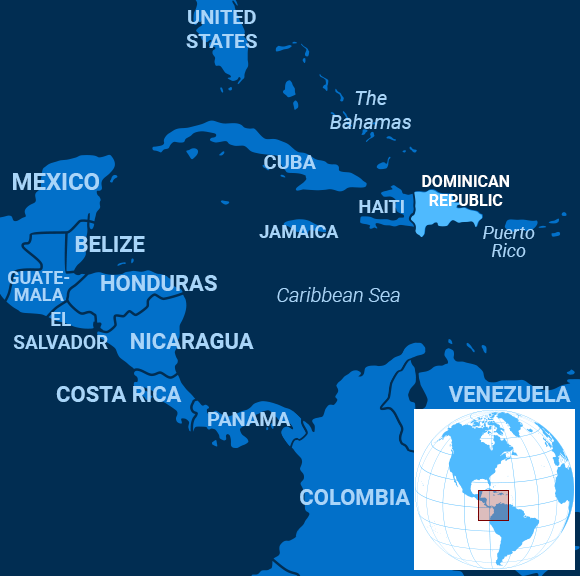 Four Americans died in the Dominican Republic last year, according to CBS News. At least 10 more have died this year. Others have suffered injuries during violent attacks.

Bizarre sicknesses that cause heart attacks, septic shock and pneumonia have been involved in some of the deaths. “Vomiting. Stabbing stomach pains. Collapsing. Blacking out. And doctors telling him he might not live,” wrote the Detroit Free Press of local resident Alejandro “AJ” Jones. “This is what Jones said he experienced after a trip last month to the island paradise that he’s visited dozens of times before.”

Investigations have yet to yield answers for victims’ families, but Dominican Tourism Minister Francisco Javier García insisted the island was not holding anything back. “There is no mystery whatsoever regarding any of these deaths,” García told the New York Times.

Other visitors to the island have been victims of violence, pure and simple.

Americans complained in June that they were beaten by robbers in the Caribbean country, WPXI reported. Another woman said someone wearing a staff uniform tried to strangle her at her hotel. The hotel disputes her account.

A Staten Island woman recently said she was raped and thrown from a second-story balcony while on vacation in the country, WABC wrote.

Public health and crime are serious issues that could hurt the Dominican Republic’s vital tourism industry, explained the Washington Post, noting that the country of less than 11 million has 80,200 hotel rooms that cater to more than 6 million visitors annually. The shooting of former Boston Red Sox slugger David Ortiz couldn’t be good for business even if Big Papi survived with aplomb.

The recent spate of deaths in the Dominican Republic is a rare case of Americans feeling the effects of state collapse, the National Interest suggested. The authorities no longer control the country, one could argue. A robbery occurs every 10 minutes.

“The Dominican Republic has become the ideal place for domestic and transnational criminals to operate with impunity,” wrote the conservative online magazine. “The criminal activities that transpire in the Dominican Republic range from armed robberies and improvised laboratories that specialize in counterfeiting booze and medications to drug trafficking, political corruption, contract killings, illegal arms trade and human trafficking.”

Perhaps when Tourism Minister García said there was no mystery to the deaths, he meant it was obvious that such events might transpire amid the country’s current conditions.

German Chancellor Angela Merkel’s chief of staff says the much-respected European leader remains in good health and will no doubt serve out the remainder of her full term, which ends in 2021, despite the speculation aroused by her repeated bouts of shaking in public appearances in recent weeks.

“She is in good health,” Chancellery chief Helge Braun said of Merkel, who turned 65 on Wednesday, according to Reuters. “She (ran to remain) for four years in office and the tasks we face make it necessary that we complete this time in office.”

Speculation is also rife that the center-left Social Democrats (SPD) may pull out of their coalition with Merkel’s center-right Christian Democratic Union before her term ends – especially if the SPD fares as poorly in upcoming regional polls as it did in the recent European Parliament elections.

After at least three incidents of public shaking since June, Merkel has avoided further trouble by sitting while the national anthems played before her recent meetings with the Danish prime minister and leader of Moldova, the BBC noted. The cause of her trembling remains unknown.

Give Me a Plan!

The leaders of the Sudanese protest movement and the ruling military council that replaced long-serving dictator Omar al-Bashir finally signed an agreement outlining a deal to share power on Wednesday. Even so, fleshing it out into a constitutional pact that specifies the division of powers could still prove difficult.

The initial deal would put Sudan under the control of a new, 11-member sovereign council comprising both civilian and military leaders for a little more than three years until elections can be held, the Associated Press reported. A military leader will head council for the first 21 months, followed by a civilian leader for the next 18.

Along with that council, the pro-democracy movement would appoint a Cabinet, and both sides would agree on a legislative body within three months of the start of the transition.

Further negotiations are slated for Friday to iron out the relative powers of those three bodies, which are to be spelled out in a constitutional document. Friday’s talks will also have to deal with the issue of the military leaders’ potential immunity from prosecution – an especially contentious issue following a crackdown that killed dozens of protesters last month.

Former Indian naval officer Kulbhushan Jadhav – jailed in Pakistan on espionage charges since early 2016 and currently awaiting execution – received a reprieve from the International Court of Justice on Wednesday.

Though the court rejected India’s call for Jadhav’s release, it ordered Pakistan to grant him consular access and to review his conviction and sentence, the Washington Post reported.

Pakistan accuses Jadhav of fomenting rebellion in the restive Balochistan region, where he was taken into custody on March 3, 2016. Islamabad subsequently released a video in which he confessed to being an Indian spy, and in 2017 a Pakistani military court sentenced him to death for the alleged crime.

Claiming Jadhav has no connection with its intelligence agencies, India says the case is intended to distract the rest of the world from Islamabad’s clandestine support for terrorism.

On that score, Pakistan arrested Hafiz Saeed, the alleged mastermind of the November 2008 terror attacks in Mumbai, on Wednesday – though most observers see the move as an eyewash ahead of Prime Minister Imran Khan’s visit to Washington this week.

Valhalla, I Am Coming

A millennium ago, some Vikings were lucky enough to be buried in boats – the idea being that the ship would then be taken to Valhalla, the heaven for warriors, by the mysterious female figures known as Valkyries.

Still, few of these burial boats have ever been found. So archaeologists in Sweden were stunned to find two of them during a routine excavation of a vicarage in the historical settlement of Old Uppsala, an important religious, economic and political settlement since the third century.

It was the first such finding in Sweden in over 50 years, Forbes reported.

One of the boats contained the remains of a man, a horse and a dog, along with personal items and weapons. Judging by the remains and artifacts, the team believes the buried man was a person of high social standing, since boat burials were reserved for privileged individuals.

“It is a small group of people who were buried in this way,” said archaeologist Anton Seiler. “You can suspect that they were distinguished people in the society of the time, since burial ships in general are very rare.”

The rare find is exciting, Seiler said, for the insights it may provide about burial practices during the Viking period, from around AD 800 to 1050.

“We can now use modern science and methods that will generate new results, hypotheses and answers,” he added.