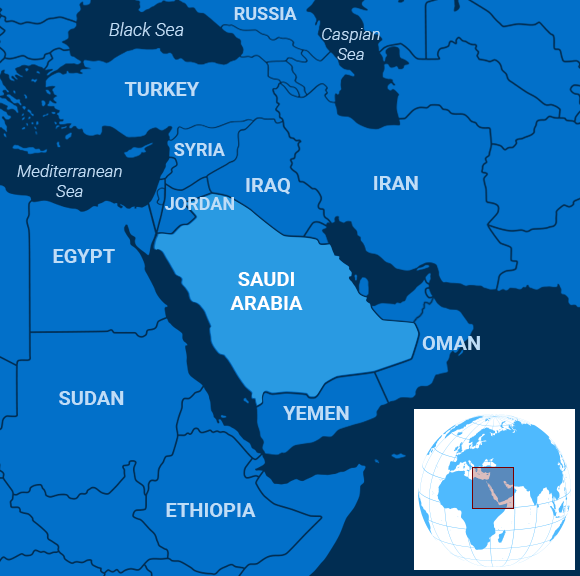 Saudi Arabia is selling permanent residency status for $213,000. A one-year residency option costs around $27,000. The fees are designed to break down barriers to foreign investment.

The idea came from Crown Prince Mohammed bin Salman, who estimated it would generate around $10 billion over the next year. Amid low oil prices and more efficient renewable energy options, the crown prince is working overtime to diversify the desert kingdom’s economy and reduce reliance on the oil industry.

“The so-called premium residencies will allow foreigners to buy property and do business without a Saudi sponsor, switch jobs and exit the kingdom easily and sponsor visas for family members,” Bloomberg reported, adding that applicants must be older than 21, demonstrate financial solvency and have a clean criminal record and bill of health.

The resort is expected to allow both bikinis and alcohol, both taboo in the ultra-conservative country.

Given these plans, one might think the crown prince would be a popular leader on the international stage. He is not, however. As the BBC explained, the heir to the Saudi throne stands accused of ordering the torture and murder of the journalist Jamal Khashoggi in Istanbul. Running the country on behalf of his 83-year-old father, King Salman bin Abdulaziz Al Saud, he sanctions human rights violations against the press, minorities and dissidents, and compels citizens to live under ultra-conservative Islamic laws.

The crown prince has hired powerful Capitol Hill lobbying firms to burnish his image among Beltway insiders, the Washington Post reported. Saudi officials invited representatives of Reporters Without Borders to visit for discussions, the Post also wrote. The meeting didn’t go so well. Saudi officials complained about how their country scored low on the organization’s press freedom index, the Guardian wrote. The representatives, meanwhile, called for a proper investigation into Khashoggi’s death and the release of 30 imprisoned journalists.

The poor reputation of Saudi royals was further tarnished after a French court issued an arrest warrant for Princess Hassa bint Salman, the crown prince’s sister. She allegedly ordered a bodyguard to beat and humiliate a handyman, reported the BBC.

The Saudi ruling family’s tyranny has trivial and tragic consequences. The hip-hop artist Nicki Minaj recently canceled a performance in Saudi Arabia, citing human rights concerns. To the south, in war-torn Yemen, the fighting between a Saudi-led coalition and the Houthi rebels has taken a devastating toll on civilians, particularly children, the UN recently reported.

Meanwhile, countries around the world are trying to block Saudi funds that flow into their countries’ Muslim communities to promote Wahhabism, the ultraconservative strain of Islam practiced in Saudi Arabia that some people believe fosters extremism, according to the Cipher Brief.

The European Parliament narrowly voted to confirm former German Defense Minister Ursula von der Leyen as the new president of the European Commission – and the first woman to hold the post.

Von der Leyen was confirmed by a vote of 383 to 327 with 22 abstentions on Tuesday. That means she managed just nine more votes than the minimum 374 needed and significantly less than the 422 secured by her predecessor, Jean-Claude Juncker, Al Jazeera reported.

The nip-and-tuck finish was in part due to EU legislators’ concerns that the leaders of the member states that comprise the European Council had ignored the EU Parliament’s preferred candidates to nominate the 60-year-old German – a maneuver some contended was undemocratic.

In the end, however, she won the backing of both the center-right European People’s Party and liberal Renew Europe, as well as enough Social Democrat votes to tip the scales.

The development “all but locks in” the other candidates nominated by the European Council, including Christine Lagarde as the head of the European Central Bank, the Wall Street Journal noted. But the thin margin of victory could spell difficulties actually running the show.

US authorities in California arrested former Peruvian President Alejandro Toledo after receiving an extradition request in connection with corruption charges he faces at home related to the Odebrecht scandal.

Toledo, Peru’s president from 2001 to 2006, is alleged to have taken $20 million in bribes from the Brazilian construction company, the Associated Press reported. He maintains he is not guilty of any wrongdoing.

Caught in connection with Brazil’s “Operation Car Wash” investigation into wrongdoing at the state-owned oil giant Petrobras, Odebrecht has admitted to paying as much as $800 million to various Latin American officials in exchange for government contracts.

The scandal has brought down various top leaders, including former Brazilian President Luiz Inácio Lula da Silva, a former vice president of Ecuador, and many other luminaries. It has also implicated former Peruvian presidents Pedro Pablo Kuczynski, who resigned in 2018, and Alan García, who killed himself when officers came to arrest him at his home in April as part of an investigation linked to the Odebrecht case.

Tanzanian President John Magufuli urged the women of his country to bear more children in a bid to usher in a demographic dividend like the one promised China, India and Nigeria – though critics say such a baby boom would only worsen poverty and inequality.

“When you have a big population you build the economy. That’s why China’s economy is so huge,” Magufuli said, according to Reuters. “I know that those who like to block ovaries will complain about my remarks. Set your ovaries free, let them block theirs.”

With a population of 55 million people, Tanzania already has one of the highest birth rates in Africa, at around five children per woman, and by all accounts, its economy is already booming. Thanks in part to the president’s industrialization campaign, growth has averaged between 6 and 7 percent in recent years, the agency noted.

At the same time, however, schools and hospitals are already overburdened, and the absolute number of people surviving on less than $1 a day has remained static even as the poverty rate declined, thanks to the rising population.

The sight of a cockroach encourages the average homeowner to stock up on bug spray.

Lately, it turns out that even the best bug spray is becoming ineffective against the creepy pests, the Guardian reported.

In a study, scientists tested three different professional-grade pesticide mixes on German cockroaches, the species most common in the US, Australia and Europe.

Only one of the treatments, abamectin gel baits, proved effective in reducing bug populations, and it worked only on populations that had a low resistance to it. The other treatments didn’t halt the roaches’ growth, and on one occasion their population “flourished.”

Further experiments revealed that the crawlers were able to develop a “cross-resistance” to several types of pesticide. In layman terms, it translates to “what doesn’t kill you, makes you stronger.”

“We would see resistance increase four- or six-fold in just one generation,” co-author Michael Scharf said in a statement. “We didn’t have a clue that something like that could happen this fast.”

At least, doses of radiation still work on them.