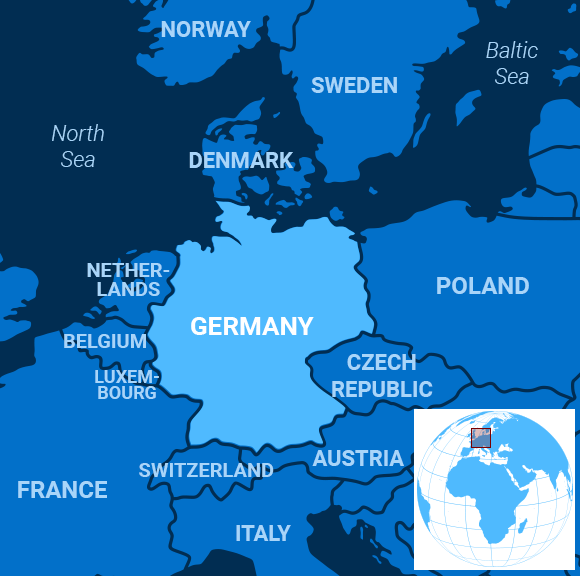 Bodo Ramelow, premier of the eastern German state of Thuringia, wants his country to adopt a new national anthem to replace the Deutschlandlied (Song of Germany).

“Many East Germans don’t sing it,” Ramelow told Reuters. “I would like to have a truly common anthem. Something completely new that everyone can identify with and say: ‘That’s mine.’”

As voters prepare to go to the polls in local elections in Thuringia and two other states out of the five – not counting Berlin – that composed the former East Germany, many are looking closely at the region.

One might argue that East Germans, as citizens of the communist German Democratic Republic from 1949 to 1990, suffered a collective trauma during the Cold War.

Reviewing the Rencontres d’Arles photography festival in France, CNN featured photos of punk rockers in Leipzig in 1983 that captured life under totalitarianism. “It was a community that was very strongly under repression from Stasi,” said the festival curator. “These are very melancholic portraits because of the tension between the rage and the despair, which was omnipresent in the GDR.”

Currently, mainstream politicians like Chancellor Angela Merkel, who holds together a fractious coalition with her center-right Christian Democrats and the leftist Social Democrats, fear East German voters will support the Alternative for Germany, a right-wing, Euroskeptic, anti-immigrant political party, in the upcoming elections. The political climate has led to violence, including a recent shooting in which a neo-Nazi allegedly assassinated a local Christian Democratic politician at his home near Kassel, Germany, the New York Times reported.

Merkel, who grew up in East Germany, has good reason to be scared. East Germans are fleeing the coalition parties in part because they have not shared in the prosperity that has made Germany into the economic dynamo of Europe.

In fact, some eastern Germans won’t celebrate the 30th anniversary of the fall of the Berlin Wall in November because they say they don’t feel equal to “Wessies” (western Germans).

Lack of good jobs in East Germany has prompted youth to move away while their aging parents live out their retirement, putting the region at risk of a demographic collapse, the Financial Times reported. The worst-hit districts are expected to lose a quarter of their population in the next 15 years, while the number of working-age adults is expected to decline by 40 percent.

Some political leaders have floated the idea of quotas for East Germans in higher education, politics, business, media and law, the Atlantic wrote. Critics have countered that their eastern brethren aren’t systematically disadvantaged, however.

East German leaders are calling for an end to crippling sanctions against Russia, enacted in 2014 in response to meddling in Ukraine and annexing the Crimean Peninsula. The trade ties between the east and Russia are one of the few advantages the region has, Deutsche Welle reported.

If that’s the region’s best way forward, folks in Berlin have their work cut out for them.

China’s economy grew at its slowest pace in at least 26 years in the quarter that ended June 30, primarily as the result of the sweeping American tariffs placed on Chinese goods in an effort to force Beijing to abandon what Washington says are unfair trade practices.

The Chinese economy grew 6.2 percent compared with the second quarter of 2018, down from the first quarter’s 6.4 percent growth rate, according to government data, the Associated Press reported. The decline threatens to have a ripple effect around the world.

Citing a study by the McKinsey Global Institute, the agency noted that the percent of South African output that goes to China has increased from 2 percent to 15 percent since the mid-2000s. The Democratic Republic of the Congo sends 45 percent of its exports to China.

Larger economies will feel the pain as well. In April, China accounted for 35 percent of exports from Australia, 30 percent from Brazil and 24 percent from South Korea, according to the Peterson Institute for International Economics.

Former South African President Jacob Zuma denounced the corruption allegations against him as the product of a nefarious conspiracy between foreign spies and the remnants of the apartheid-era regime in his first appearance before a corruption commission on Monday.

Zuma told the commission that the foreign-led campaign to destroy him dates back to his return to South Africa from exile in 1990, during the final years of the white-minority regime, when it was concocted to prevent him from revealing the names of foreign assets who had infiltrated the African National Congress (ANC), the Wall Street Journal reported.

“There was a plan to deal with Zuma and Zuma has been dealt with all the time,” said the former president, who also once led the ANC’s own espionage wing.

Zuma has long maintained he is innocent of the corruption allegations against him, the most recent of which concern his relationship with the powerful Gupta family – Indian businessmen who allegedly manipulated government policy in the country before they left South Africa in 2016.

Zuma was forced to resign in 2018 after South Africans finally had enough.

A Plague on This House

Italian police nabbed three men, including a customs officer, and seized a large cache of weapons in raids on neo-Nazi sympathizers, the authorities said Monday.

The weapons included a French-made Matra air-to-air missile that appeared to have once belonged to the Qatar armed forces and was still in working condition, though the explosive charge was missing, Reuters reported.

The three suspects were caught after a search of properties across northern Italy related to an investigation into Italians who had fought alongside Russian-backed separatist forces in eastern Ukraine, a police statement said.

The customs officer had formerly run for Parliament on behalf of a far-right party called Forza Nuova, noted Newsweek, and Nazi memorabilia was recovered in the raids, along with 26 guns, 20 bayonets, 306 gun parts, including silencers and rifle scopes, and more than 800 bullets of various calibers.

While the right-wing, anti-immigrant League is presently the dominant half of Italy’s coalition government, even more virulent right-wing extremists have also gained ground in recent years, according to the New York Times.

US scientists just spotted the largest seaweed bloom in the world, extending from the Gulf of Mexico to the western coast of Africa.

Researchers described the algae belt as the Great Atlantic Sargassum Belt (GASB) and warned that the bloom could be a threat to marine life and coastal regions, Gizmodo reported.

In their study, which used satellite images from NASA to observe the growth of the brown seaweed, known as Sargassum, from 2000 to 2018, they explained that isolated patches of microalgae exploded in size by 2011. Last year, it formed an uninterrupted 5,500-mile-long belt connecting Africa and the Americas.

The research team wrote that natural processes and human causes – such as dumping of fertilizers – led to the oversized Sargassum belt, adding that such “recurrent blooms may become the new normal.”

Nevertheless, too much seaweed can damage the marine ecosystem and some species, and stink up beaches once it gets to shore.

The scientists hope to develop a model to predict future blooms and analyze their effects on marine life.

“We hope this provides a framework for improved understanding and response to this emerging phenomenon,” said co-author Chuanmin Hu.