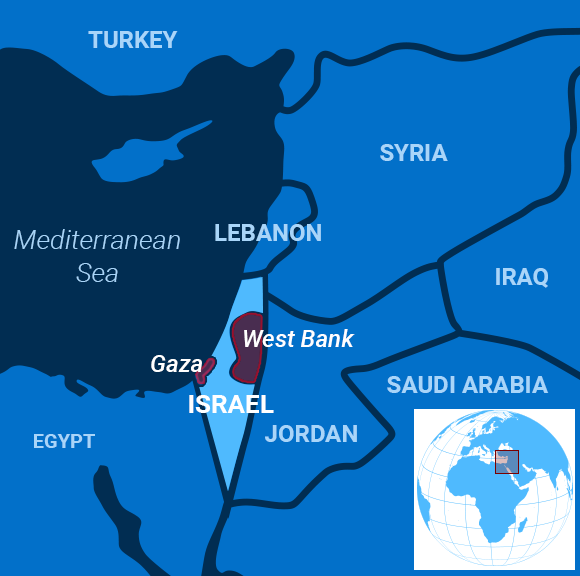 The affinity between the two leaders could help Kushner convince Abbas to reconsider the White House’s $50 billion economic development plan for Palestine.

As Reuters explained, the plan would boost the Palestinian economy, as well as those of neighboring Lebanon, Egypt and Jordan, over 10 years, funding 179 projects that would include a $5 billion transportation corridor between the West Bank and Gaza, which are now isolated from each other.

“Generations of Palestinians have lived under adversity and loss, but the next chapter can be defined by freedom and dignity,” stated Kushner’s proposal.

But Palestinian leaders boycotted Kushner’s “Peace to Prosperity” event in Manama, Bahrain, where he revealed the plan’s details in late June. The money might help the local economy, they said, but it did nothing to address the political questions that have driven decades of conflict.

“The elephant in the room in Manama is obviously the (Israeli) occupation itself,” Hanan Ashrawi, a senior Palestine Liberation Organization official, told Al Jazeera. She described Kushner’s vision as “totally divorced from reality.”

In reply, Kushner said the Palestinians’ response to the plan was “hysterical and stupid” and that they made “a strategic mistake” by not participating in the Bahrain conference. Vanity Fair satirically suggested his comments were part of a “charm offensive.”

Scholars at the Middle East Institute of the National University of Singapore were also dubious. Kushner wants to replicate the success that followed mega investments in Singapore, South Korea, Japan, and Taiwan, wrote Teresita Cruz-del Rosario and Victor Kattan in an op-ed in Haaretz, a left-wing Israeli newspaper. But those countries have little in common with Palestine, they argued, because, except for Taiwan, they were all once independent states and on a path to regaining their sovereignty.

For example, Israel has granted 11 permits for stone quarries on Palestinian land, Saadoun wrote, generating around $241 million annually, according to the World Bank. Foreign companies own at least one of those quarries. Meanwhile, however, Israeli authorities have denied permits to Palestinians to quarry stone on Palestinian land for 30 years.

Still, the proposal was a class real estate pitch, wrote Quartz: lots of shiny images, wonderful marketing, big numbers and bold plans with few of the nettlesome details that buyers must confront when they actually move into the property.

In Palestine, some say, the facts on the ground always matter.

British Airways faces a record $230 million fine following a data breach that leaked the personal details of around 500,000 customers.

In relation to the company’s revenue, the fine would be the largest yet under the European Union’s General Data Protection Regulation, which came into effect last year, CNN reported.

Poor security allowed hackers to divert traffic from the real British Airways website to a fake page that allowed them to steal customer information including logins, payment cards, and travel booking details, according to the UK Information Commissioner’s Office. The breach happened in June 2018 and was not disclosed by the airline until September 2018.

The company said it would contest the penalty, which amounts to around 1.5 percent of its annual revenue. The law allows for a fine of up to 4 percent.

“British Airways responded quickly to a criminal act to steal customers’ data. We have found no evidence of fraud (or) fraudulent activity on accounts linked to the theft,” CEO Alex Cruz said in a statement.

The International Criminal Court convicted a Congolese rebel commander known as “the Terminator” of 18 counts of crimes against humanity and war crimes including murder, rape and sexual slavery on Monday.

Bosco Ntaganda committed the crimes more than a decade ago as the deputy chief of staff and commander of operations for a rebel group called the Patriotic Forces for the Liberation of Congo during the 2002-2003 ethnic conflict in the Central African nation, the Associated Press reported.

Until now, he had symbolized the impunity with which African military leaders have operated, rising to become a general in the Congo’s army after he was first indicted for war crimes in 2006. He faces a potential sentence of life in prison, set to be determined in a separate hearing.

Presiding Judge Robert Fremr found Ntaganda guilty of perpetrating or participating in a series of murders and rapes, as well as a massacre carried out in a banana field. He was also convicted of enlisting and using child soldiers.

Ukrainian comedian-turned-president Volodymyr Zelenskiy offered to meet Russian President Vladimir Putin in Minsk, Belarus, to discuss the future of the Crimean peninsula and the Donbass region in eastern Ukraine on Monday, even as European Union leaders Donald Tusk and Jean-Claude Juncker visited Kiev to offer additional financial assistance – and continued sanctions on Moscow.

“And now I want to turn to Russian President Vladimir Putin,” Zelenskiy said in a video posted on social media, Reuters reported. “Need to talk? It is necessary. Let’s discuss to whom Crimea belongs and who is not there in the Donbass.”

Tensions have been high between Russia and Ukraine since Moscow’s 2014 annexation of Crimea and subsequent support for an ongoing separatist rebellion in the Donbass region. Though the two sides reached a ceasefire agreement in 2015, the deal has not completely ended hostilities.

Moscow tentatively welcomed the offer from Zelenskiy, who has said he wants to talk peace but isn’t willing to give up Ukraine’s ambitions of joining the EU and NATO.

Last year, a drought in Iraq caused so much alarm that the government had to ban farming of water-intensive crops, such as rice.

There was a bright side for archaeologists, however: The receding water levels in the Mosul Dam reservoir allowed them to get a good look at the ruins of a sunken palace that belonged to the ancient Mittani Empire, Smithsonian Magazine reported.

Archaeologists previously spotted the structure, known as Kemune, in 2010, but only recently were able to properly inspect it.

Among the many findings, the team discovered remains of wall paintings in shades of red and blue, as well as 10 cuneiform tablets, which are currently being translated.

Researchers hope that these artifacts can reveal more about the mysterious Mittani Empire, about which little is known.

The empire lasted from about 1500 to 1360 BC and at its peak was one of the great powers of the region.

The Mittani were known for their horsemanship and sophisticated war chariots, and developed one of the oldest horse training manuals in the world.

Unfortunately for the researchers, their exploration had to be cut short because the palace was swallowed again by the waters of the reservoir.

“It is unclear when it will emerge again,” team member Ivana Puljiz told CNN. But archaeologists hope it will be soon.