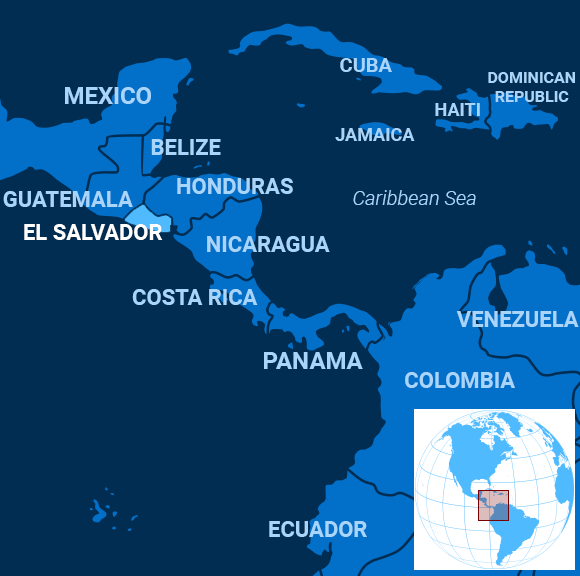 The new president of El Salvador, Nayib Bukele, took an extraordinary step recently. Upon his inauguration in late June, he immediately took the blame for the ills in his impoverished, corruption-ridden Central American country that have led so many of his fellow citizens to trek more than 2,000 miles to the American border.

As the BBC explained, Bukele spoke as photos of a Salvadoran migrant and his young daughter lying dead in the Rio Grande rocked the world, documenting the humanitarian tragedy occurring on the border every day.

Óscar Martinez and his daughter Valeria, who was not yet two years old, drowned while trying to reach the United States. Their bodies were returned to El Salvador and buried in a municipal cemetery in the capital called La Bermeja. Mauricio Cabrera, a vice minister for Salvadorans abroad, gave a speech at the airport when Martinez’s wife, Tania Avalos, arrived back in the country, reported USA Today.

“Do not risk your lives or those of your children,” said Cabrera. “Don’t trust human traffickers who do not keep their promises.”

Meanwhile, Bukele received praise in Washington for his brave stance. But he isn’t soft. He also called on American officials not to block migrants at the border because, he told Sky News, that policy is not deterring anyone.

Elected in February after campaigning against corruption and pledging to boost education and create jobs, the new president is from neither of El Salvador’s two mainstream political parties, the right-wing Nationalist Republican Alliance and the leftist Farabundo Martí National Liberation Front.

He’s got a lot of work to do. El Salvadoran prosecutors are working with American counterparts to fight gangs like MS-13, whose criminal enterprises straddle borders, wrote the Washington Post.

In his own country, gangs have infiltrated nearly every institution. Imprisoned gang members use hospitals to give their comrades orders to attack rivals, for instance, reported InSight Crime, which covers illegal activity in Latin America.

One of Bukele’s first actions in office was firing officials linked to his predecessor, President Sánchez Cerén, who installed family members and other allies in government positions. “Do not hire a replacement,” he wrote when firing Cerén’s daughter from El Salvador’s hydroelectric commission via Twitter, for example, Reuters reported.

It will take a lot of change to prevent more tragedies among migrants desperate to leave El Salvador. But it’s a start.

A human rights organization that monitors casualties in Syria said Sunday that at least 544 civilians have been killed and more than 2,000 people have been injured since the end of April. That’s when Russian jets joined the Syrian army to launch a full-fledged assault on Idlib and Hama provinces, the last rebel-held territory in the country.

The grim tally included 130 children, according to the Syrian Network for Human Rights (SNHR), which reports casualties to the United Nations, Reuters reported.

“The Russian military and its Syrian ally are deliberately targeting civilians with a record number of medical facilities bombed,” said Fadel Abdul Ghany, chairman of the human rights watchdog group.

Russia and Syria have denied claims that they indiscriminately attack civilian areas with cluster munitions and incendiary weapons, as Human Rights Watch has alleged, citing local witnesses. Rather, Moscow claims its troops are fending off attacks by al Qaeda militants.

But the two-month campaign has been undeniably devastating – destroying villages and forcing some 300,000 people to flee their homes, according to the UN.

Greek Prime Minister Alexis Tsipras has conceded defeat after early results from Sunday’s election showed the conservative New Democracy party of Kyriakos Mitsotakis cruising to an easy victory in the first Parliamentary polls since the country emerged from its international bailouts.

Mitsotakis’ conservatives had racked up nearly 40 percent of the votes, compared with 31.5 percent for Tsipras’ Syriza party, with around two-thirds of the ballots counted, the Associated Press reported.

“The citizens have made their choice. We fully respect the popular vote,” Tsipras said in his concession speech from central Athens.

The writing was on the wall for Tsipras, who came to power on promises to revoke the harsh austerity measures associated with the first two bailouts issued to stop Greece from crashing out of the euro. Once in office, he was instead forced to take a third bailout and impose his own spending cuts and tax hikes.

Turkish President Recep Tayyip Erdogan sacked the governor of Turkey’s central bank over  disagreements over interest rates, once again raising concerns about the independence of the institution.

The move is significant because Turkey is facing runaway inflation – hitting a peak of 25 percent last summer. In general, central banks raise interest rates to slow borrowing and encourage savings, both of which slow inflation. But Erdogan has disputed that mainstream theory, the Journal noted.

Cetinkaya’s rate hikes have helped reduce inflation to a much more moderate 15.7 percent in June. But it remains a serious problem because Turkish corporations owe more than $200 billion in foreign-currency debt, which only gets larger as inflation reduces the value of the lira.

Elite athletes have strong hearts and muscles, but part of their success actually lies in their guts.

In a recent study, scientists found that endurance athletes have special bacteria in their intestines that boost their performance, Live Science reported.

Researchers discovered that marathon and ultra-marathon runners had higher levels of Veillonella bacteria in their stool, compared to that of sedentary people.

The unique bacteria break down lactic acid – a compound produced by the muscles during exercise – and create propionate, which helps boost athletes’ endurance.

When the researchers injected mice with a strain of Veillonella, they noticed that the critters could run 13 percent longer on a treadmill test, compared to their non-juiced counterparts.

It sounds like the ingredient for a new energy drink, but researchers say it’s too early to determine its effectiveness.

In the future, they hope to create a probiotic with Veillonella that can increase the physical resistance of average people and those involved in high-intensity physical activities, such as athletes or soldiers.

“What we envision is a probiotic supplement that people can take that will increase their ability to do meaningful exercise and therefore protect them against chronic diseases, including diabetes,” said study co-author Aleksandar Kostic.