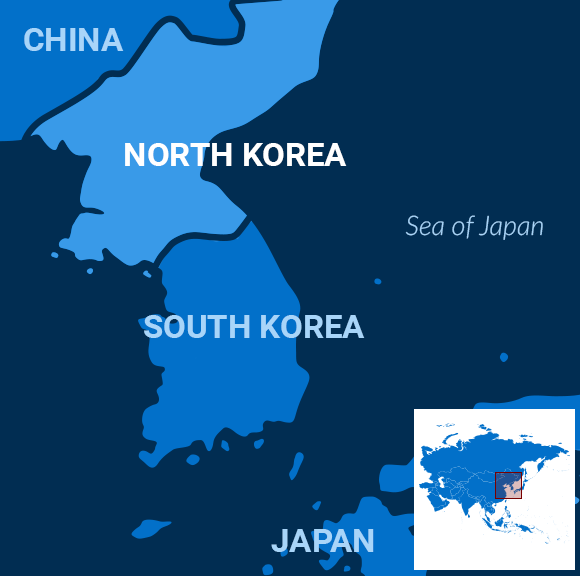 US President Donald Trump’s brief encounter with North Korean leader Kim Jong-un in the Demilitarized Zone between the two Koreas on Sunday might have been the dramatic gesture needed to bring American and North Korean diplomats back to the negotiating table. But there’s still plenty of room for failure, based on a statement by the Hermit Kingdom’s mission to the United Nations on Wednesday.

Pyongyang accused the US of being “obsessed with sanctions” and “more and more hell-bent on hostile acts” against North Korea, noting that Trump sent a letter to all UN member states to implement sanctions the day before his ballyhooed venture onto North Korean soil, CNBC reported.

Trump’s previous talks with Kim in Hanoi broke down without an agreement on North Korea’s nuclear program or US-led economic sanctions.

But after a private conversation with Kim during Sunday’s hastily arranged meeting, Trump announced that the two leaders had agreed to designate negotiators to resume the talks, the New York Times reported.

Just days earlier, North Korea’s foreign ministry had rebuked US “hostility” and warned that the country “will not hesitate to pull a muscle-flexing trigger in order to defend ourselves” against extended economic sanctions and other American pressure, wrote the Associated Press.

That statement came a few days before Trump arrived in South Korea on June 30 for a two-day visit following the G20 meeting in Japan.

Then, in a tweet posted before leaving Japan, Trump offered to meet Kim at the Demilitarized Zone “just to shake his hand and say Hello(?)!” And in less than 24 hours, the historic encounter took place.

Even before Trump’s last-minute overture, the chances of a third meeting between the two leaders had appeared to be improving, reported CNN. “There’s no reason to regard the current situation as a stalemate in the peace process on the peninsula just because the pace has remained slow,” said South Korean President Moon Jae-in.

Politico also noted that backdoor talks between the two sides were continuing.

Indeed, Kim and Trump continued to correspond during the impasse, often sending letters to each other that suggested a “bromance,” argued the Atlantic. Trump once said he had received a “beautiful letter” from Kim on the anniversary of their first summit in Singapore, for instance. “They’re great letters,” said Trump said last year. “We fell in love.”

Kim has always been dangerously kooky. The Mirror, a British tabloid, described him as a “spoiled brat” raised from childhood to believe he was a demi-god, complete with caged monkeys and bears for his entertainment.

But as the impasse continued, the international political conditions seemed ever direr.

As North Korea itched to flex a trigger muscle, a third of Americans said they would support an annihilating nuclear strike on North Korea, reported Vox. “The US public exhibits only limited aversion to nuclear weapons use and a shocking willingness to support the killing of enemy civilians,” stated a study quoted in the report.

As this New York Times cartoon illustrates, the American president is hamstrung while dealing with North Korea. China is the only other country that wields any influence over the Hermit Kingdom. But Trump has little influence over his rival in a trade war he started.

So for now, the path to peace remains a slow process, complete with fiery rhetoric and love letters.

The European Parliament united to blast the selection of the next European Commission president by the leaders of the European Union’s member states, calling the process undemocratic because the closed-door negotiations ignored the candidate selected through the EU Parliament’s spitzenkandidat system.

“I cannot support how things were done and the lack of respect that you’ve shown to other institutions,” said Gonzalez Pons, spokesperson for the dominant center-right EPP group in the Parliament, according to the UK’s Independent newspaper. “The future of Europe can no longer be decided behind closed doors.”

After marathon negotiations, the EU leaders nominated Germany’s Ursula von der Leyen  to replace Jean-Claude Juncker as the leader of the EU’s executive branch this week. But she was not actually on the ballot, and the EU Parliament had put forward former Dutch Foreign Minister Frans Timmermans – who faced opposition from Poland and Hungary.

Despite the anger, it’s unclear whether the push to democratize the selection process – or grant members of the EU Parliament more power over it – will result in the Parliament vetoing von der Leyen’s appointment.

Pakistan is again prosecuting Hafiz Muhammad Saeed, the man India and the US believe to be the mastermind of the November 2008 terrorist attacks in Mumbai, in 23 cases related to terrorism financing.

The charges come amid longstanding pressure from the US to take actions against Saeed, who is accused of using charity work as a front to fund the banned Lashkar-e-Taiba group he founded, the New York Times reported.

Pakistan formally banned the two charities, Jamaat-ud-Dawa and Falah-e-Insaniat Foundation, earlier this year. Pakistani authorities say the charges reflect their efforts to comply with the terrorism-financing watchdog Financial Action Task Force so as to get off the group’s so-called “gray list” and avoid being blacklisted altogether. But it remains to be seen how vigorous or successful the legal action will be.

Though the US has offered a $10 million reward for information leading to his conviction, Saeed has faced Pakistan’s courts several times in cases that have always been dismissed due to an alleged lack of evidence.

Two things might be different today: In the midst of negotiating a withdrawal from Afghanistan, Washington needs less from Islamabad than it has since the invasion, and Pakistan’s reeling economy has made Islamabad more dependent on foreign friends.

Hundreds of federal police blocked Mexican highways this week to protest President Andrés Manuel López Obrador’s plans to absorb them into the newly formed National Guard – the president’s answer to the epidemic of violence that plagues the country, as well as the tight border controls demanded by Washington.

Uniformed officers blocked a major expressway in front of federal police offices in the capital and the highway between the city and the Hidalgo state capital of Pachuca, the Associated Press reported, explaining that the officers are concerned that they will lose their seniority, rank and benefits if they are absorbed into the new force.

For his part, López Obrador, popularly known as AMLO, has decried the federal police as a moribund and corrupt force that is “rotten” and “perverted” “from top to bottom,” the agency said.

Mexico’s security secretary, Alfonso Durazo, told reporters later that officers who join the National Guard would not lose their seniority, rank or benefits, and that those who opt not to join the new force will get jobs with other government departments.

The Evolution of Cuteness

There’s actually a scientific reason behind that: Dogs evolved the trait to manipulate people, according to a recent study.

Researchers have discovered evidence that pooches developed the muscles around their eyes to create expressions that prompt a nurturing response in humans, the BBC reported.

The trait helped ancient domesticated dogs to better bond with humans and to “create the illusion of human-like communication,” said study co-author Juliane Kaminski. “When dogs make the movement, it seems to elicit a strong desire in humans to look after them.”

Kaminski explained that dogs with this manipulative – but adorable – ability gained an evolutionary advantage because humans would have an “unconscious preference” to protect and breed them.

“The evidence is compelling that dogs developed a muscle to raise the inner eyebrow after they were domesticated from wolves,” she added.

The study results reinforce other findings that facial expressions are very important in influencing human behavior and interactions.

Regardless, even if humans know it’s a manipulation, that doesn’t mean they will stop going all fuzzy when their pet looks at them with big irresistible puppy eyes.