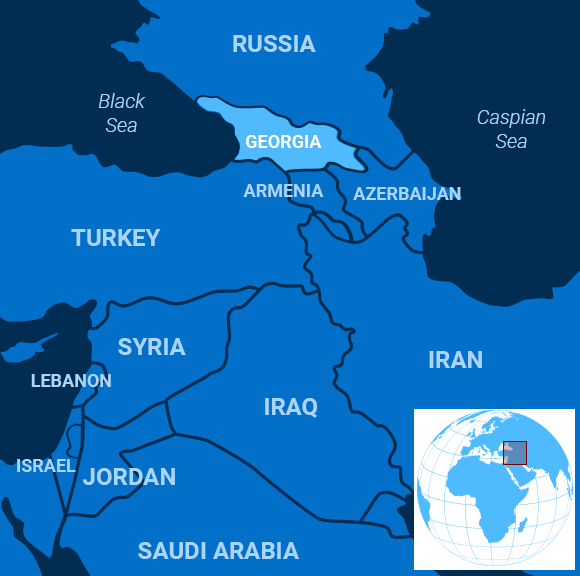 In the Hot Seat

Around 240 people suffered injuries recently in riots that erupted after Russian State Duma Deputy Sergei Gavrilov was allowed to sit in the speaker’s chair of the Georgian Parliament, Radio Free Europe/Radio Liberty reported.

Gavrilov wasn’t exercising any power. He was merely addressing a meeting of largely foreign legislators from Orthodox Christian countries being held in the Georgian Parliament.

But the incident hit a nerve in the former Soviet republic. Georgia and Russia have yet to resume full diplomatic ties since Russia defeated Georgia in a short war in 2008. Russian troops still occupy South Ossetia and Abkhazia, two “breakaway” regions of Georgia that have claimed independence from the central government in Tbilisi.

It also stoked long-held frustrations with the ruling Georgian Dream party, which has been working to build more pragmatic relations with Moscow.

“This would not have mattered if the government had been popular,” Thomas de Waal, a British researcher on the Caucasus, told the New York Times. “It crystallized a sense that the government is not competent.”

Since taking office in 2012, Georgian Dream leaders have opened up the country to Russian investment and visitors, boosting the economy. But the worries over Putin’s flight ban demonstrate how the party has also made the country more dependent on Russia.

“Perhaps it believed that a friendlier stance would lead to concessions on the Russian side in the territorial conflict,” wrote Foreign Policy magazine. “But those concessions never followed, and now the party is paying the price.”

Parliamentary speaker Irakli Kobakhidze resigned after the Gavrilov incident. But the interior minister, whose resignation protesters have also demanded, has refused to step down, the Associated Press reported.

In the meantime, the country is facing a steep decline in foreign commerce. Around 1.4 million Russians visited Georgia, a country of 3.7 million, last year. The Russian state-owned news agency Tass estimated that Georgia stood to lose $750 million.

A journalist who regularly books his Tbilisi apartment to Russian tourists on Airbnb received a raft of cancellation notices through September, wrote eurasianet.

Russian Foreign Minister Sergei Lavrov blamed the US and its allies for turning “a blind eye to ultra-nationalists, Russophobia, in order to cut off ties between the people of Georgia and our country,” Bloomberg reported.

In truth, most Georgians welcome Russian visitors to their country, wrote de Waal in a Moscow Times op-ed. But that doesn’t mean they want to resume foreign relations with the Russian government, he added, or welcome Russian intrusion in domestic affairs.

Now the world knows that includes sitting in the speaker’s chair.

After marathon negotiations, European leaders nominated two women for the European Union’s most powerful posts, choosing Germany’s defense minister to head the European Commission and the current head of the International Monetary Fund to lead the European Central Bank.

Notably, both Germany’s Ursula von der Leyen and France’s Christine Lagarde are center-right conservatives, familiar faces suggesting that the direction of the bloc will remain consistent, at least for now, despite the fragmentation and polarization resulting from the recent EU Parliament elections, the New York Times reported.

In that regard, the difficulty of the selection process may be more significant than the choices themselves – perhaps signaling a new normal for the fractured EU. Talks had failed to produce consensus once and nearly failed again Sunday night and Monday morning, the Times noted separately.

A protégé of German Chancellor Angela Merkel and known as ‘mini Merkel,’ von der Leyen, 60, has led a push for Germany to move away from its post-war pacifism to take a more active role in NATO. Lagarde, 63, has been running the IMF since 2011, though she is not an economist.

China called this week’s storming of the Hong Kong legislature by protesters a “blatant challenge to the bottom line of ‘one country, two systems’” on Tuesday, hinting at possible direct intervention in the semi-autonomous territory unless the situation stabilizes.

Officials denounced the demonstrators as extremists seeking to undermine China’s sovereignty, while state-run media outlets decried the violence as an effort to destabilize the global financial and business center, the Wall Street Journal reported.

Until Monday, the protests against a proposed extradition law that the demonstrators see as a signal of Beijing’s encroachment on Hong Kong’s remaining freedoms had been peaceful, and a relatively small number of protesters were responsible for storming the Parliament.

But it now appears that neither Hong Kong Chief Executive Carrie Lam nor Beijing will be able to back down, lest the decision energize similar movements. And any direct intervention from the mainland authorities would further galvanize the resistance and more fully undermine the promise of “one country, two systems,” warned Zhang Jian, an associate research fellow at the Shanghai Institute of International Studies.

India’s financial capital was inundated with nearly 15 inches of rain over the 24-hour period ending Tuesday morning local time, flooding the city streets, prompting evacuations and resulting in at least 35 deaths, according to local media reports.

Mumbai’s streets are frequently underwater during the annual monsoon, in part due to poorly maintained infrastructure. But this storm was unusually severe – bringing the most rainfall over a 24-hour period in 14 years, the Washington Post reported.

The Times of India reported passengers stranded for hours at the city’s train stations, interminable traffic jams, and the collapse of a large retaining wall next to a shanty town in the northern part of the city that crushed at least 21 people to death.

Though city officials have blamed the unprecedented rains, India Today magazine pointed out that the Comptroller and Auditor General had blasted the Bombay Municipal Corporation for various failures in the design of its flood-control measures, as well as failure to complete the cleaning and widening of drainage canals.

Shipworms have been the bane of seafarers and port engineers for millennia, thanks to their huge and destructive appetite for wood.

Now, scientists have discovered that the mollusks have a relative that feeds exclusively on rocks and poops out sand, Discover Magazine reported.

Researchers in the US and Philippines found a new species of shipworm feasting on carbonate limestone in the Abatan River, in the Philippines.

Named Lithoredo abatanica, the new specimen and its peculiar diet have puzzled scientists.

“Rock has no nutrients, there’s nothing much in there that this animal could live on,” said study co-author Daniel Distel of Northeastern University. “So, that tells us it’s doing something else, and what that something else is should be very interesting.”

Unlike the sharp wood-munching teeth of its relative, the animal is equipped with broad, flat, spatula-like choppers that can burrow through stone.

So far, this shipworm is only found in the Abatan River, where it’s carving out a pivotal role in the ecosystem.

Its feeding habits have allowed other river critters, such as crabs and shrimp, to make their homes inside the mollusk’s vacated burrows.