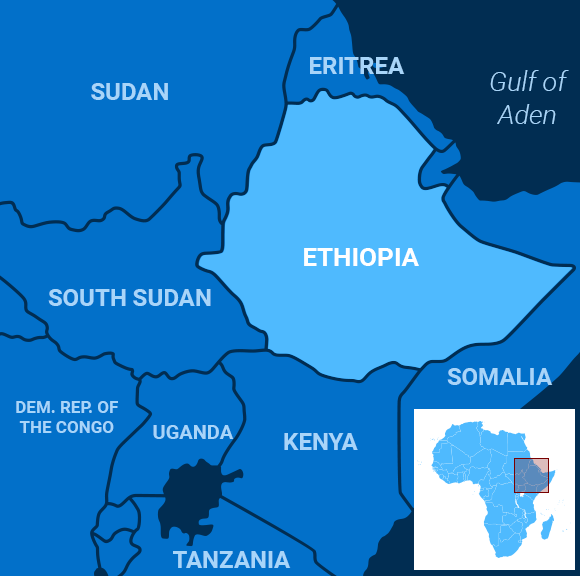 They might also have shed a tear for their country’s fragile democracy.

Mekonnen and other officials were shot and killed during an attempted coup in the northern province of Amhara, the BBC reported.

Security forces killed the ringleader of the conspiracy, Brig. Gen. Asaminew Tsige, and arrested almost 200 others soon after the takeover attempt was launched, according to the Associated Press.

But rather than celebrating the Ethiopian government’s success in snuffing out a challenge, observers suggested the coup might illustrate deep opposition to the reforms of Prime Minister Abiy Ahmed, who has sought to end political oppression and corruption while maintaining the country’s economic renaissance.

“Ethiopia’s current situation brings to mind Alexis de Tocqueville’s famous warning that the most dangerous moment for a bad government is when it starts to reform,” wrote Slate.

For years, Ethiopia’s rulers have effectively been autocrats elected from the ranks of the Ethiopian People’s Revolutionary Democratic Front. They fought a war against their neighbor, Eritrea, jailed dissidents, suppressed free speech and discriminated against ethnic groups that weren’t part of the ruling class.

Abiy has been trying to bring an end to that history. He ended the war with Eritrea, freed political prisoners – including, ironically, Asaminew, jailed for an earlier attempt to overthrow the government – promoted press freedom and even appointed women to half his cabinet posts.

But the new freedoms have released pent up anger that has simmered for years among Ethiopians, the Financial Times reported. Internecine fighting throughout the country, exacerbated by a severe drought, has displaced a whopping 3 million people. The chaos might even prevent the country from holding elections in 2020, emboldening the proponents of authoritarianism, noted Quartz.

The prime minister claims he is in control.

But Ethiopia is at a critical juncture, Human Rights Watch researcher Felix Horne said in an interview with Foreign Policy magazine. Everyone who cares about the country is wondering whether Abiy can and will take action to avert full-blown civil war on the one hand or state collapse on the other.

Deutsche Welle’s Ludger Schadomsky opined that Abiy might use the crisis as an opportunity to seek greater powers and install loyal officials throughout local and regional governments. Such measures don’t necessarily mean the country will return to totalitarianism. They might be necessary. The International Crisis Group, meanwhile, said the prime minister needed to work harder to develop a consensus to avoid more violence.

Perhaps Abiy will do both. He’d better do something. Many in and out of the country have welcomed his changes. And they want more of them.

Already facing crippling US economic sanctions, Iran surpassed the limit set on its stockpile of low-enriched uranium by its 2015 nuclear deal with world powers on Monday, officially breaking its commitment for the first time since President Donald Trump unilaterally pulled the US out of the pact.

Iran’s Foreign Minister Mohammad Javad Zarif announced the milestone, which was later confirmed by United Nations inspectors, the Associated Press reported. By ramping up production, Iran has put more pressure on the European countries trying to salvage the deal through a workaround that would allow Iran to sell some of its oil despite the US sanctions.

Feeling that it is already being punished, Tehran has also threatened to raise its uranium enrichment closer to weapons-grade levels on July 7 if Europe fails to come up with a tastier carrot.

A Taliban attack in the Afghan capital of Kabul killed 40 people and injured around 100 others Monday amid peace talks between the US and the militant group geared at ending the so-called “forever war.”

Featuring a car bomb and a lengthy gunfight, the attack hit a private war museum, a television station, schools, and sports agencies, Vox reported. At least 51 students were wounded by the car bomb, which damaged two school buildings, according to the spokesperson for Afghanistan’s ministry of education.

The subsequent gun battle between the Taliban and Afghan security forces lasted around eight hours after the attackers bombed the ministry of defense and made their way inside the compound, according to the news site. That means the death toll is likely to mount as more information is released and some of the wounded succumb to their injuries.

The timing of the attack – just after the US and the Taliban resumed peace talks in Qatar on Saturday – suggests either the Taliban wants to give US negotiators as much reason as possible to pull out of the conflict or that some factions within the group hope to scuttle the talks altogether.

A freak hailstorm in Guadalajara, Mexico, left trucks and cars half-buried in drifts of ice despite the summer heat.

The bizarre summer storm left the country’s second-largest city blanketed in white, Reuters reported, while soldiers and police were deployed to aid in the cleanup operation.

The dumping of as much as six feet of ice damaged cars and buildings, but there were no reports of injuries, according to CBS News. However, the state’s civil protection service said there were possible cases of hypothermia in three adults.

Predictably, the strange weather prompted a nod to climate change, with Enrique Alfaro, the governor of Jalisco, the state where Guadalajara is located, tweeting in Spanish, “I was in the place to assess the situation and witnessed scenes I had never seen: hail more than a meter high, and then we wonder if climate change exists.”

Guadalajara, at an elevation comparable to Denver’s, at 5,138 feet, nevertheless sees summer temperatures of around 31 Celsius (88 Fahrenheit).

A Plume Came, a Plume Went

Two weeks ago, NASA’s Curiosity rover on Mars detected a spike in the level of methane gas in the atmosphere above the planet’s Gale Crater.

Scientists grew excited at the high concentration of the gas, suggesting it might be a sign of microbial life.

But, alas, the gas simply dissipated a few days later, leaving astronomers puzzled as to whether Earth’s neighbor harbors any signs of life.

“A plume came and a plume went,” Paul Mahaffy of NASA’s Goddard Space Flight Center told scientists at a conference, according to the New York Times.

The space agency’s Mars rovers and orbiters are constantly searching for traces of methane in the red planet’s atmosphere, with varying degrees of luck.

Methane, mostly known as natural gas, can be produced by microbes, such as those living in the guts of animals, or through geological processes.

Astronomers are unsure where Mars’ methane is coming from and what’s producing it, but they are determined to find out.

Maybe it was just a burp.