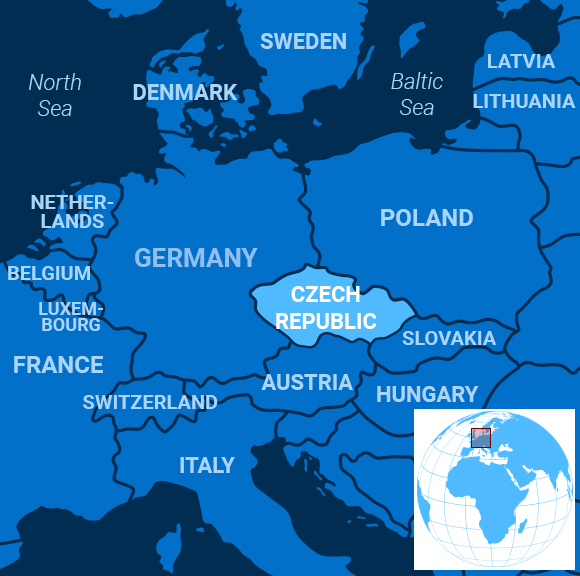 Czech protesters have been staging the country’s biggest rallies since the fall of the Iron Curtain in a bid to force Prime Minister Andrej Babis and his justice minister, Marie Benesova, to resign.

A billionaire who bills himself as a populist even though he founded an agrochemical conglomerate that is the biggest employer in the country, Babis is known locally as the “Czech Trump,” wrote CNN. He won office in 2017 on promises of cleaning up the country’s corrupt politics.

He’s also been criticized for cooperating with the secret police of the former Czechoslovakia during the communist period that ended with the 1989 Velvet Revolution.

“We want to bring decency and commitment to the public service back to the Czech Republic,” protester Magdalena Kascak, 39, told the New York Times. “I am not sure they will resign, but it will at least shine light at the public discontent and help energize the society.”

Kascak had good reason to temper her expectations.

Babis denies the financial accusations and claims he never worked for the secret police. Support for his political party, ANO, remains strong in poor regions outside the capital of Prague, in part because Babis has boosted spending on pensions and public salaries, Bloomberg reported.

What’s more, around a fifth of Czechs believe he is the victim of a conspiracy, Al Jazeera explained. “Babis gets things done,” one of the prime minister’s supporters told the Qatar-based news agency.

Agence France-Presse described him as “contested but confident.”

Police have recommended that he face fraud charges in the earlier EU subsidy case. His former justice minister resigned when the investigators announced their findings. The new justice minister, who’s seen as a Babis ally, has shown little interest in pursuing an indictment, Reuters wrote.

In neighboring Slovakia, voters recently elected crusading lawyer and political neophyte Zuzana Caputova to the presidency after a journalist was murdered for investigating links between Slovak politicians, business leaders and the Italian mafia.

In Austria, populist Chancellor Sebastian Kurz recently resigned after revelations that the leader of his coalition partner, the far-right Austrian Freedom Party, attempted to secure Russian aid in upcoming parliamentary elections. After the biggest political crisis in postwar history, the Austrian president appointed a nonpartisan public prosecutor, Brigitte Bierlein, to run the country until September elections.

Meanwhile, nearby, Ukrainians recently elected as their president an actor who played a corruption-fighting president on television. He won by a landslide.

Babis is seeking to buck the trend. He’s up against thousands of Czechs who have vowed to stay in the streets until he changes his mind. They might get tired. But 30 years ago, they didn’t.

Even though President Donald Trump and his Chinese counterpart Xi Jinping agreed to resume trade talks at the G20 summit over the weekend, neither will have an easy time getting hardliners in their respective countries to stand down, the Wall Street Journal reported.

In Beijing, many believe Washington is bent on breaking the economic model that has made China a global superpower, while Trump will be hard pressed by his base to stay the course.

Just to get back to the table, he’s already had to back off some his heaviest threats: agreeing to hold off on new tariffs on $300 billion in Chinese imports and to allow Huawei buy high-tech equipment from the US – provided it doesn’t pose a threat to national security. In exchange, China agreed to buy more US farm products.

Perhaps the climbdown gave Trump additional incentive to make history a day later, when he became the first US president to set foot in North Korea to try to reboot nuclear disarmament talks with Kim Jong-un in as soon as a few weeks, according to the BBC.

The German captain of a Sea-Watch migrant rescue ship was arrested in Italy after she ignored orders from that country’s government and landed on the island of Lampedusa, ramming a police boat attempting to stop her from shepherding her 40 passengers to port.

On Sunday, Captain Carola Rackete remained under house arrest, but she received an outpouring of support from German television presenters and German President Frank-Walter Steinmeier – as well as more than 655,000 euros ($745,390) in donations on her behalf, the Associated Press reported.

Rackete could face up to 10 years in prison for plowing into the police boat, which resulted in charges of “resisting a warship.” She could also be hit with fines as high as 50,000 euros ($58,000).

Italy’s interior minister and leader of the far-right League party, Matteo Salvini, has made stopping the flood of migrants his number one goal, closing Italy’s ports to rescue ships in a bid to force other European nations to accept them.

This time, five of those countries, including Germany, will take the 40 migrants in question.

The March of Progress

A massive throng marched on Sudan’s defense ministry Sunday to demand once again that the military cede power to a civilian government, as protests nationwide resulted in at least seven deaths and numerous injuries.

The demonstration was the largest seen in the capital of Khartoum since the deadly crackdown by security forces on protesters three weeks ago, drawing a crowd of tens of thousands to several parts of the city, Reuters reported.

Security forces used tear gas to attempt to disperse the demonstrators, according to witnesses, while the deputy head of Sudan’s ruling military council, General Mohamed Hamdan Dagalo, claimed that unknown snipers fired into the crowd.

A Health Ministry official said seven people were killed and 181 wounded, 27 of them by live fire, in protests nationwide.

The military ousted longtime dictator Omar al-Bashir in April. But talks over how to manage the demanded transition to civilian rule broke down June 3, after security forces raided the sit-in protest camp and reportedly killed as many as 100 protesters.

All in the Head

Deer antlers might hold new hope of a cure for cancer.

In a study published in the journal Science, a team led by Chinese researchers identified nine cancer-related genes that are responsible for antler cell-growth, as well as tumor formation and prolonging the life of cancer cells, the South China Morning Post reported.

However, the team also uncovered 19 other genes that act as tumor suppressors, preventing the antlers from growing out of control and halting the development of tumors elsewhere in the body.

The animals can still get tumors, but they usually do no harm and disappear over time. “To the deer, (cancer) is not a disease – it’s a part of life,” said study lead author Wang Wen.

In a commentary published in the same issue of Science, other researchers said the findings would help scientists seeking ways to regrow missing organs and develop new drugs to fight cancer.